UNDULATUS: design and fabrication of a self-interlocking modular shell structure based on curved-line folding

Figure 1: (a) Compact, flat-stacked configuration, (b) rapid assembly without screws or bolts, (c) Undulatus pavilion hanging at the IASS2015 expo.

Curved-line folding is the act of folding a flat sheet of material along a curved crease pattern in order to create a three-dimensional shape. It is a creative and innovative way to produce lightweight and geometrically stiff components using only sheet materials.

The pavilion presented in this paper integrates this principle in a kit-of-parts system. After being cut out of flat plates, the components get their 3D shape by folding them along a set of predefined curved lines. 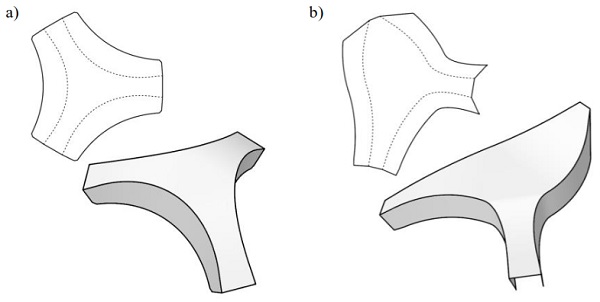 Figure 2: (a) A regular and (b) irregular basic curved-line folding component in a flat and a bent state.

This deformed geometry, variable in its degree of bending, results in a structurally efficient ‘building block’ that can be combined into different structural configurations depending on its mode of assembly. The components form a weave pattern by connecting them ‘flap to leg’ respectively.

Figure 3: Mesh of a component with circumradius r of the central triangle and angles θi between the legs in the flat state and in a bent state (with fold angle δ = 105°).

As such, adjacent components lock each other into their rigid three-dimensional configuration and a modular shell structure is obtained. When composed of identical components, the obtained structure combines the advantages of rapid fabrication and assembly with an extensive reuse of components.

Figure 4: Three main design steps of the digital tool used to model the Undulatus pavilion: (a) modelling the base grid; (b) populating the grid with curved-line folding components; (c) output of the components in their flat state with intersection lines and labels.

However, the pavilion demonstrates that more geometrically and aesthetically challenging compositions, consisting of a series of custom-made components, are also possible and manageable when using digital fabrication techniques.

Furthermore, this paper presents and discusses the digital modelling methods used for the design of the pavilion, as well as the lessons learned by real scale fabrication and assembly.

Figure 5: Design parameters that can be freely chosen by the designer for each leg of each component independently, marked on a composition of seven components viewed from above and below.

Curved-line folding is the act of folding a sheet of paper along a pattern of curved creases in order to create a three-dimensional shape. It is a transformation process that combines elastic bending of the sheet through folding of the curved creases.

Many artists used this technique to create beautiful and inspiring sculptures out of paper, like the artwork of David Huffman, Ronald Resch, Richard Sweeney or Corneel Cannaerts.

Figure 6: Two other possible outcomes of the digital design tool making use of the curved-line folding weave pattern, in top and perspective view.

Although these paper sculptures have a very elegant and humble look, the geometric complexity behind it should not be underestimated and many studies have been carried out to get a better understanding of the geometric nature of curved-line folding, Duncan and Duncan, Fuchs and Tabachnikov. 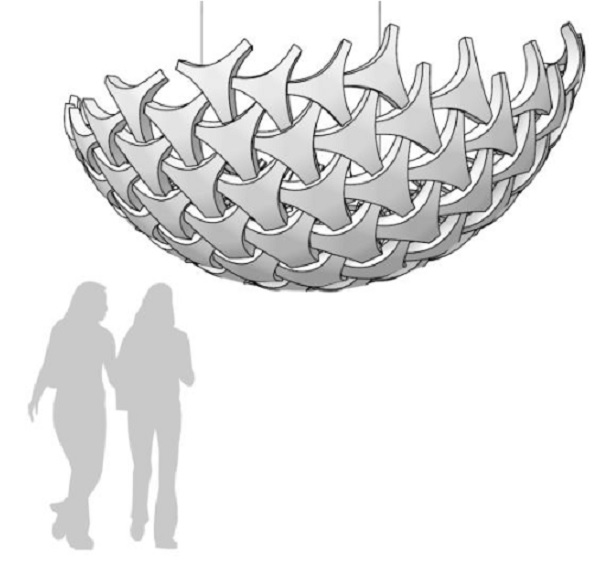 Furthermore, the complexity of the material-dependent transformation process makes the precise digital modelling of objects based on curved-line folding a real challenge. Nevertheless, the authors of this paper saw great potential in this technique and used it as an inspiration for the design of an innovative structural research pavilion. 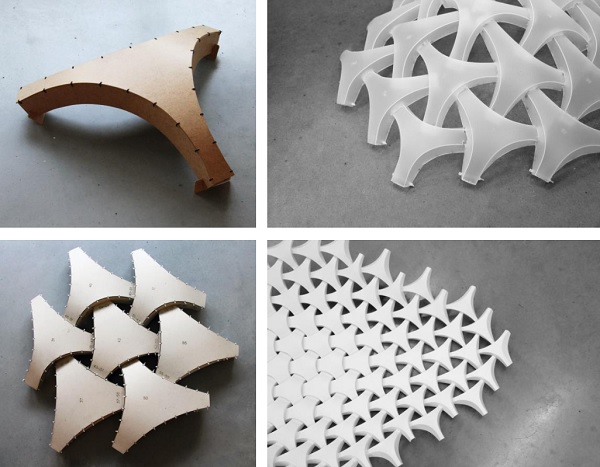 Figure 8: Physical models and mock-ups informed the geometric model of the Undulatus.

In order to comply with the requirements of compact transportation, easy and quick assembly and re-use of all structural parts, the pavilion combines the principle of curved-line folding with a kit-of-parts system. Starting from a flat and compact state during transportation, each component is bent and folded into its three-dimensional configuration.

Figure 9: (a) Integrated connections restrain the components in a (b) slide-and-click system.

By mutually connecting the components ‘flap to leg’ respectively, the components form a weave pattern and are locked into their 3D shape forming a bending-active shell structure.

Figure 10: Three-step production and assembly: cutting the components, bending and locking them by coupling action and creating a curved, weave pattern.

The result is a suspended lightweight cloud-like pavilion with a strong resemblance to the Undulatus Asperatus cloud formation, hence the name of the pavilion. This paper discusses the design and fabrication of the Undulatus pavilion with a specific focus on the digital geometric and parametric modelling and the detailing and assembly of the real scale structure. 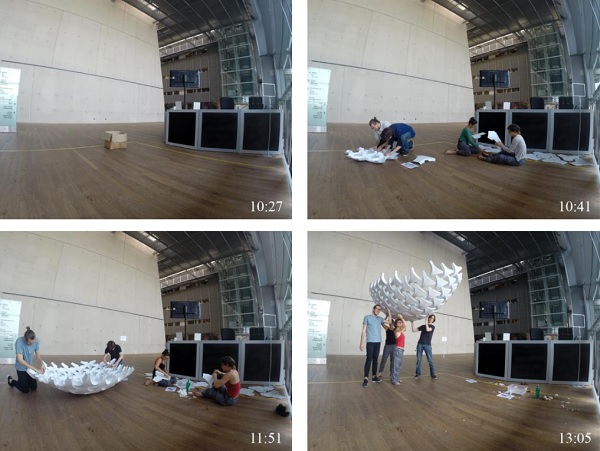 Figure 11: Demonstration of the rapid assembly of the pavilion.

The Undulatus research pavilion demonstrates how curved-line folding can be used as a technique to design a very mobile and easily demountable bending-active shell structure.

Figure 12: Detail of the plywood plate attached to the component to allow the cable connection.

The pavilion consists in its compact state of 99 flat-folded components that all fit in a box of 45x50x40 cm. Due to the easy-tohandle, reversible connections the system has the advantage of high speed of assembly (about 2,5 hours), low weight (less than 30 kg), demountability and reuse of its components. 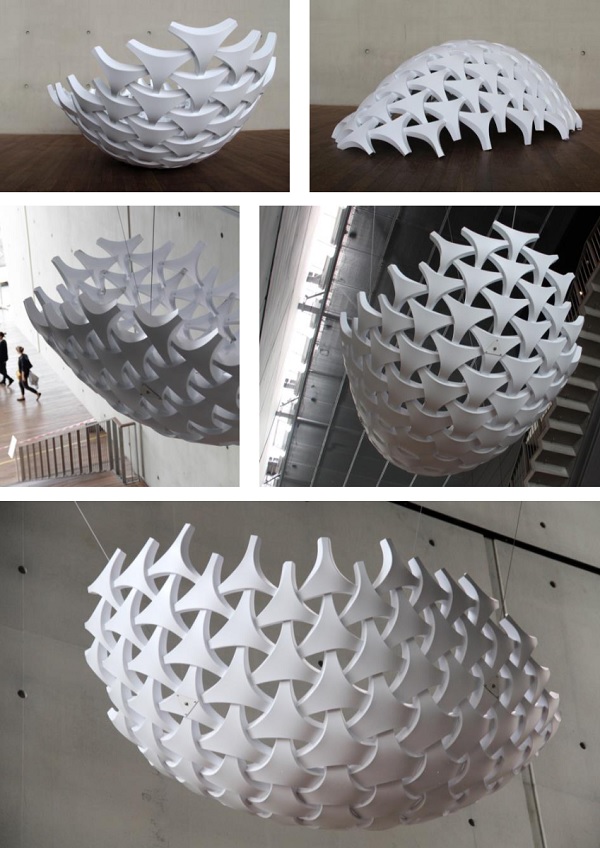 Figure 13: The Undulatus pavilion before suspension showing shell-like behaviour (top) and after suspension in the ‘Muziekgebouw aan’t IJ’ in Amsterdam.

Although the digital model did not take into account material properties, it proved to be very valuable to explore a wide range of geometrical designs in an efficient and interactive manner. By observing small scale models the input parameters for the digital model were optimized to correspond better to reality.

Since the shape of the final structure corresponds very well with the digital one, it can be concluded that this approach was a success. Of course, in order to gain more insight in the structural behaviour of the shell structure a FEM-analysis should be performed.