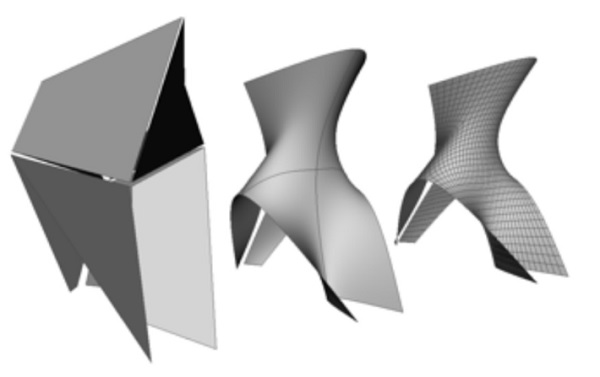 Advances in the computational simulation techniques in the last decade have prompted increased interests and emphasis to be brought onto performance driven design approaches.

As a result, tectonic, describing the relationship between structural and architectural properties has become one of the main topics in the discourse related to form finding methods in digital design. 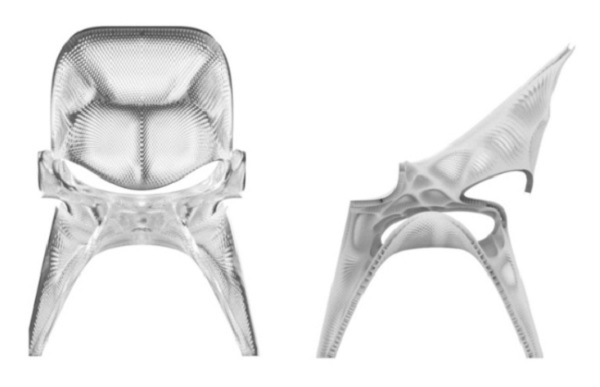 The selected projects in this paper showcase how structural performance, fabrication performance, and material intelligence inform the resulting morphologies through computational design in different architectural scales and the technologies employed to realize complex morphologies.

This paper aims to illustrate research driven form finding and fabrication methods that are interdisciplinary in nature and the computational methodology to integrate bottom up design process in current architectural practice within the constraints of real-world construction industry.

This paper elaborates on the effort made by Zaha Hadid Architects (ZHA) with a research driven design approach to consider architectural design, performance simulation and fabrication as an integral process.

This design thinking in ZHA is in effort to bring architectural design and engineering closer together in synergy during the design process, and this is highlighted in the exploration of the concept of tectonics.

When designing self-supporting curved surface structures, it is difficult to prioritize amongst the spatial logic of the volume, manifested form, material and structural logic.

Thus, bringing the two disciplines of architecture and engineering closer during the design process. Shell type structures are one of the most well-known examples of structural surfaces. A research on form finding with shell structures can be traced back to the works of Gaudi and Frei Otto. 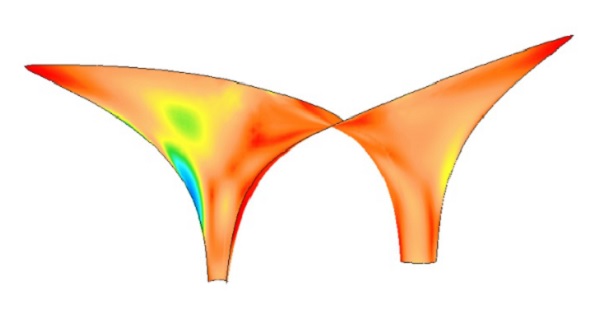 Despite the seminal researches in shell structures and form finding methods, the redundancy in the construction process for building a shell type structure, the dual process of making the formwork and the structure itself, rendered it inefficient in the past in terms of cost, time and fabrication in comparison to other types of structure that are more efficient in the building scale construction.

However, there is a renewed interest in shell as a self-supporting surface structure partially due to its tectonic articulation and the performance driven nature that it implies.

The design research on shell structure at ZHA addresses the fabrication constraints of the shell by exploring the construction methods such as using fabric formwork and folded sheets to construct structural surfaces together with computational form finding methods.

This paper describes the polygon modelling techniques specific to the workflow of ZHA and computational methodology and customized tools developed by the inhouse computational design research group, CODE.

The projects included in this paper vary from small furniture scale to architectural building scales. The small scale projects, 3D Print Chair Prototype and Shell Prototype, were carried out specifically for research purposes and they showcase researches in form finding process in shells which considers structural logic together with fabrication methods.

Therefore the smaller scale projects described in this paper adhere to the pure structural and engineering logics of shell structures. Building scale examples are self-supporting surface designs which initiated from the concept of shell structure.

It also elaborates on the limitations on current construction methods in a large scale structural skin and illustrates how the construction of Dongdaemun Design Plaza have benefited from the fabrication technique together with material intelligence in the construction of self-supporting surface with complex geometry.

Shell morphologies described in this paper are considered to be multi-performative by integrating architectural, material, fabrication intelligence in form finding.