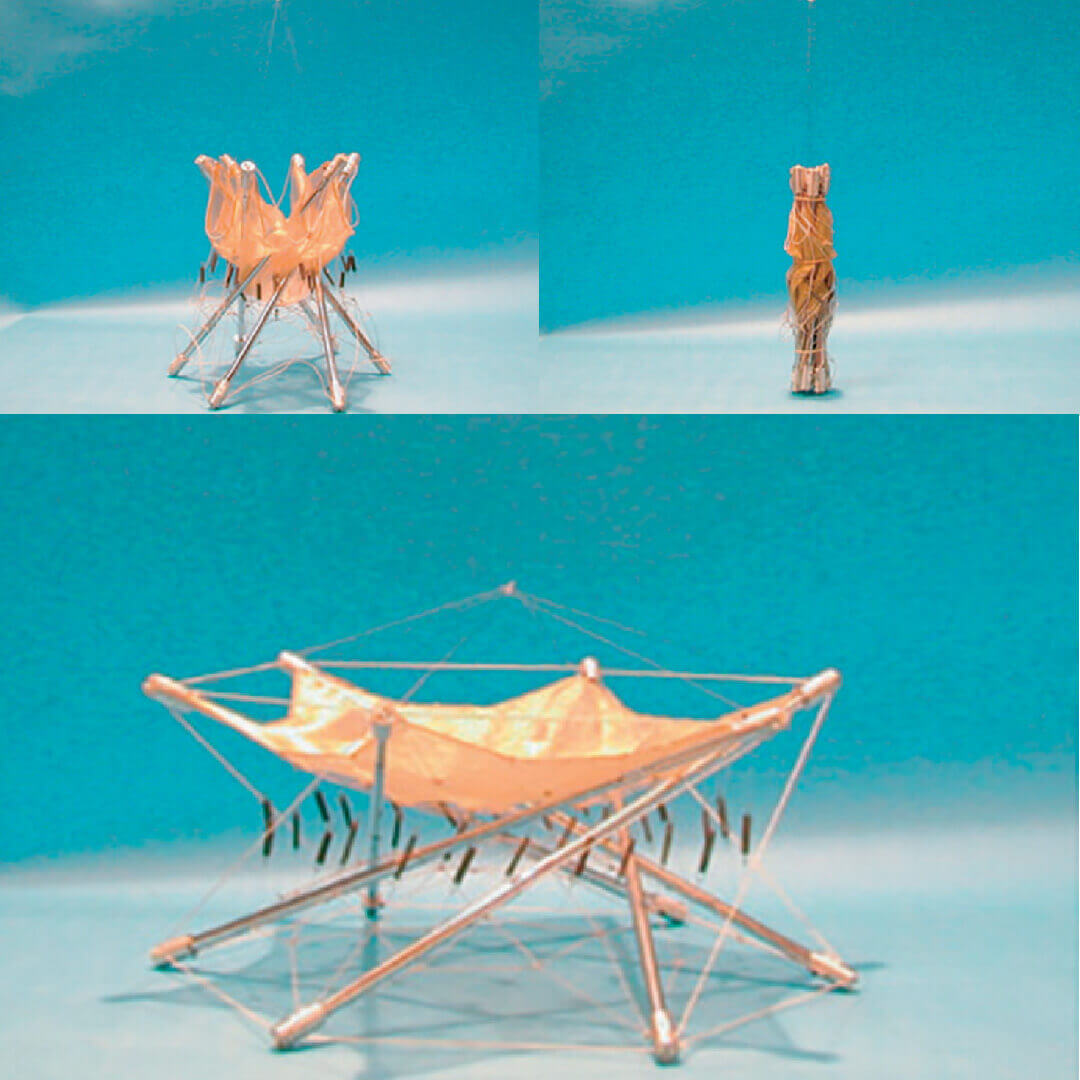 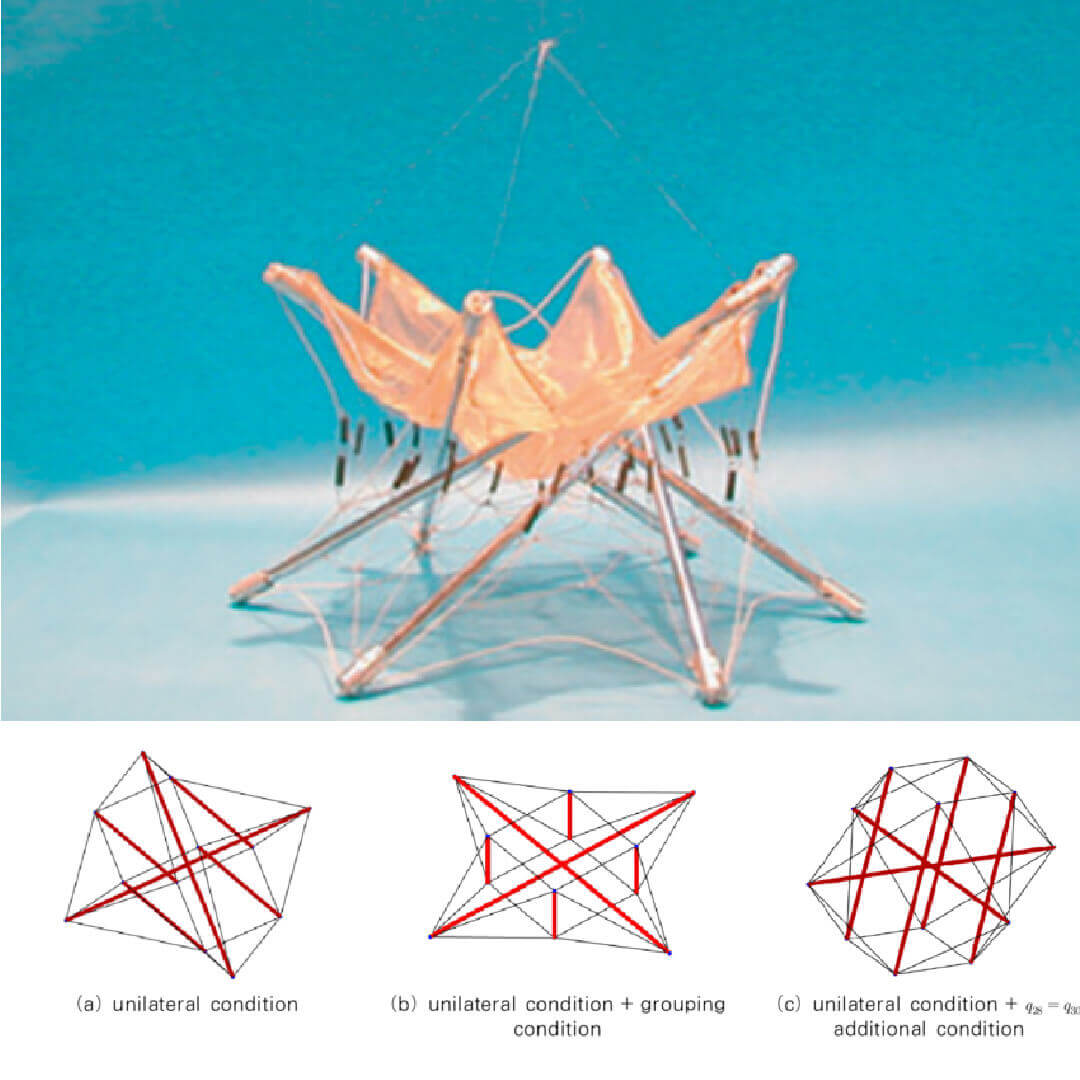 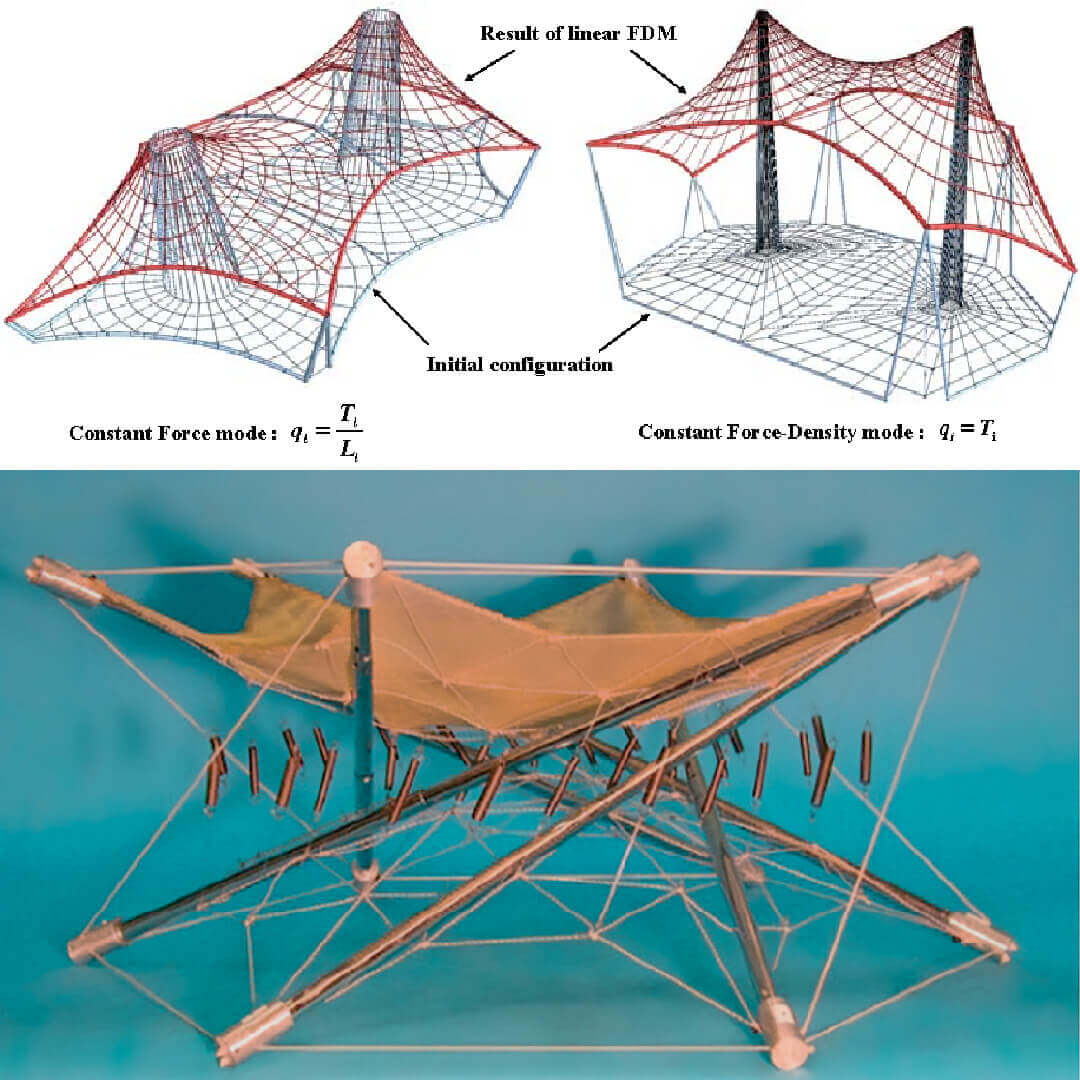 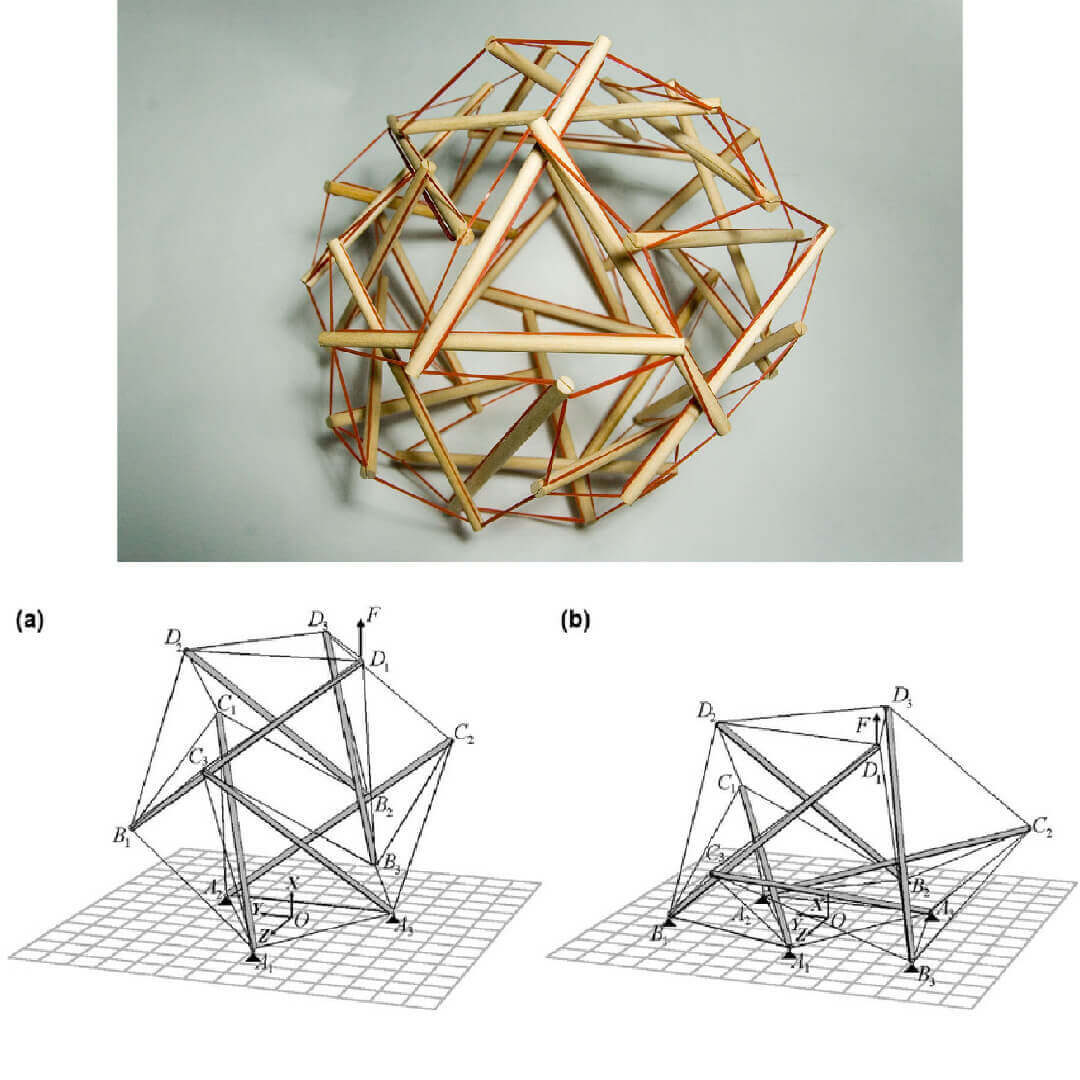 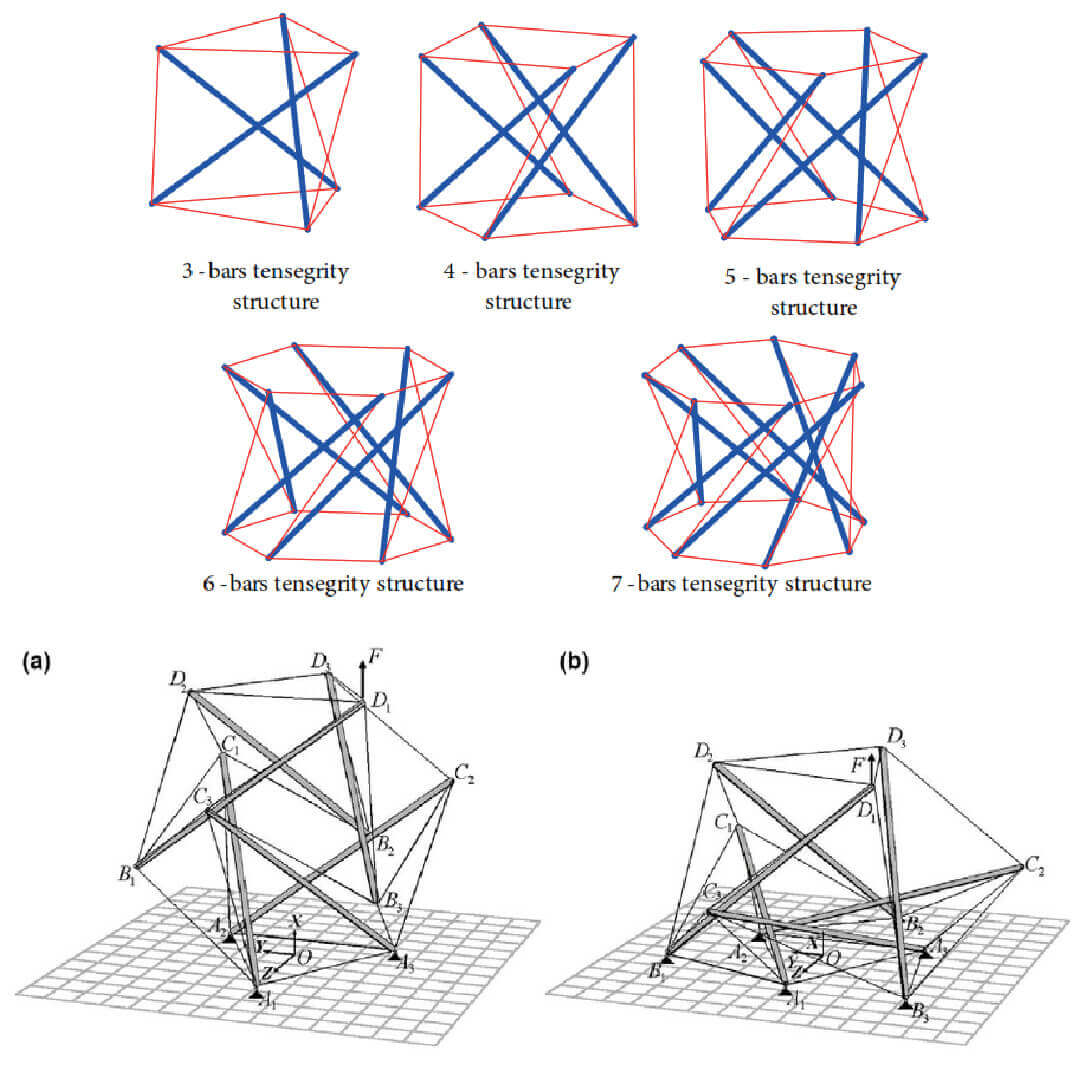 The tangent stiffness matrix of the structure is obtained by the force balance equation and the physical meaning of each part of the tangent stiffness matrix is analysed (Guest 2006; 2011). On the basis of the tensegrity structure system classification theory proposed by Pellegrino and Calladine (1986) and Lazopulos et al. have made a more in-depth study on the determination of geometric stability of the IV class system (Lazopulos 2005a; b). Zhang et al.