Stereotomy, an Early Example of a Material System 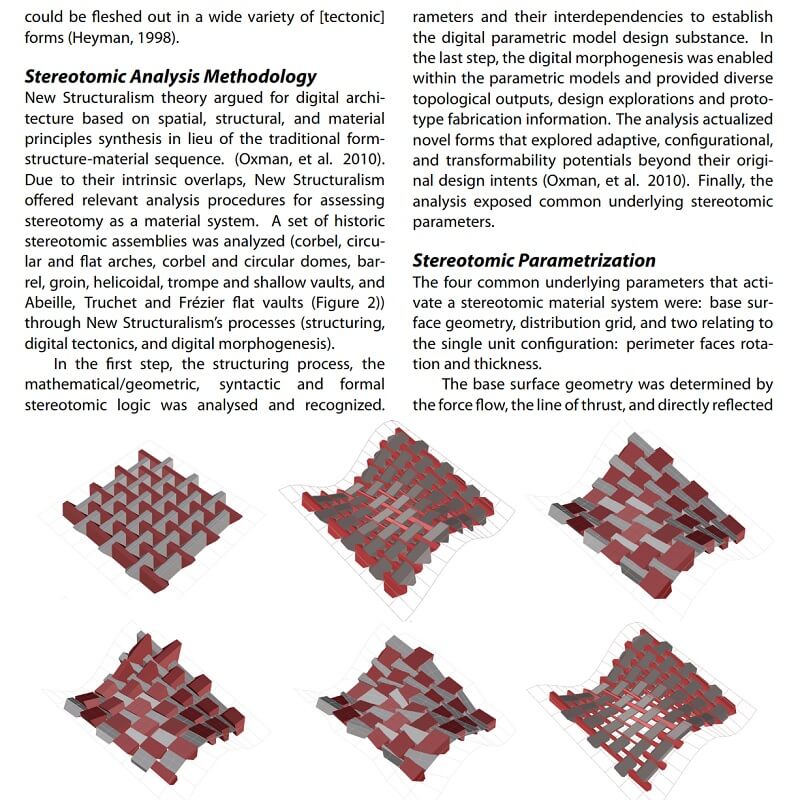 Stereotomy originated as a technique that accumulated theoretical and practical knowledge on stone material properties and construction. At its peak in the nineteenth century, by pushing the structure and construction limits, it gained the ability of using “the weight of the stone against itself by making it hover in space through the very weight that should make it fall down” (Perrault 1964, cited Etelin, 2012). 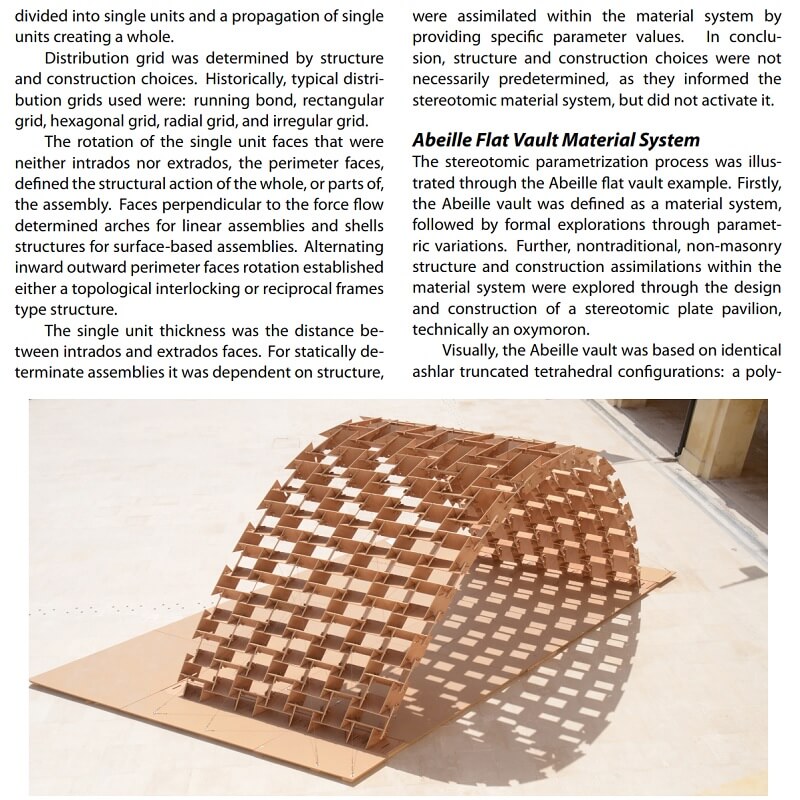 The modern architectural tectonics, based on structural comprehension in architecture, found no value in stereotomy beyond its early, Gothic period. Similarly, digital architectural theory recognized in Gothic the early examples of a material systems. 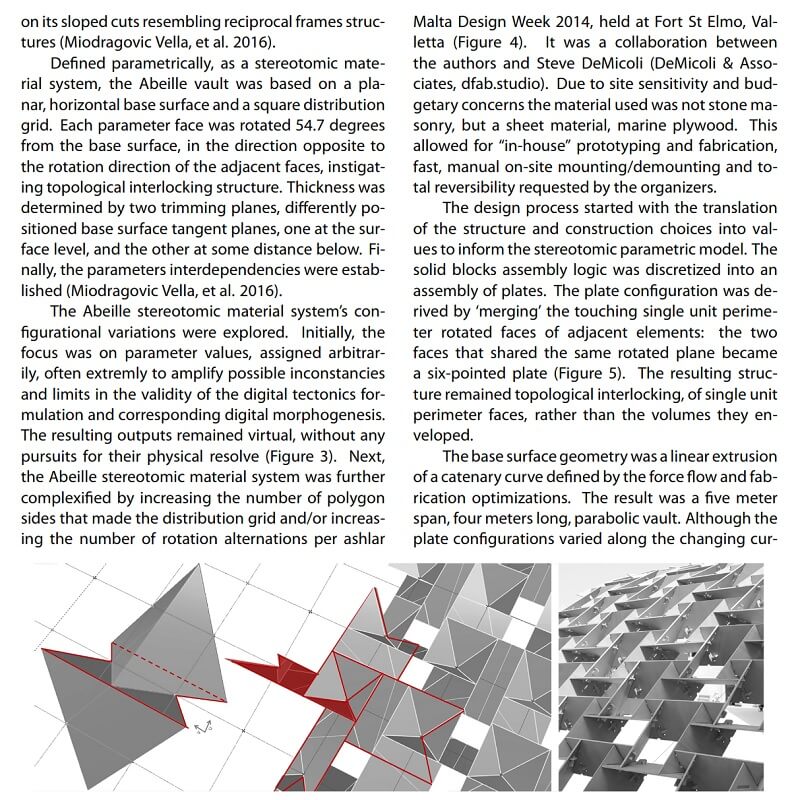 This paper by Irina Miodragovic Vella and Toni Kotnik reassesses stereotomy at its fundamental levels, as a material system based on generative processes that assimilate structure and construction through parameterization. In this way, a theoretical framework is established that exposes stereotomy’s intrinsic potentials: the continuity of historic and contemporary examples, overlaps between current research endeavours, and its genuine relevance for contemporary digital architecture. 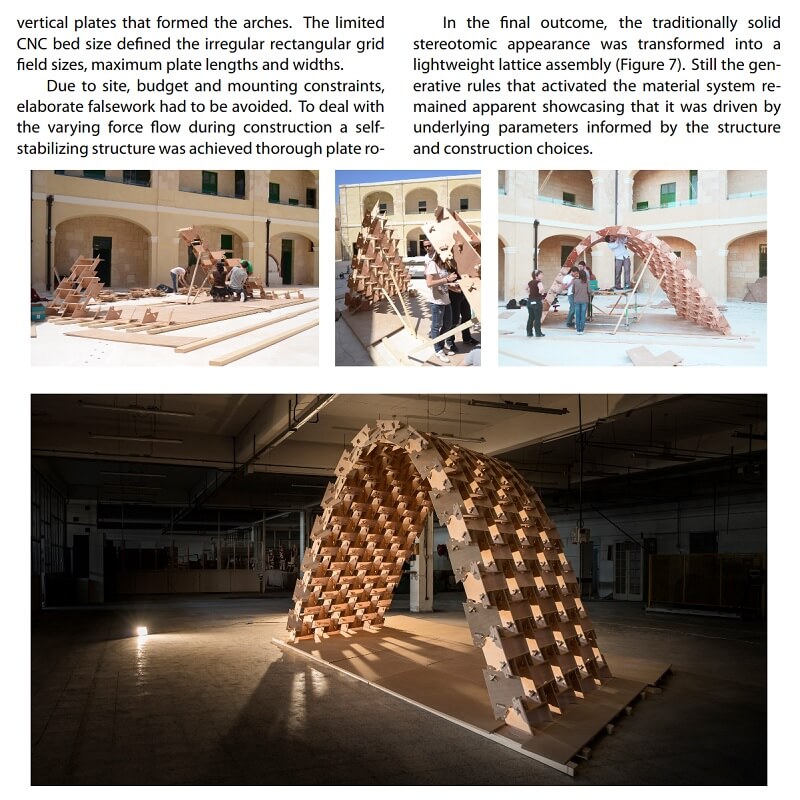