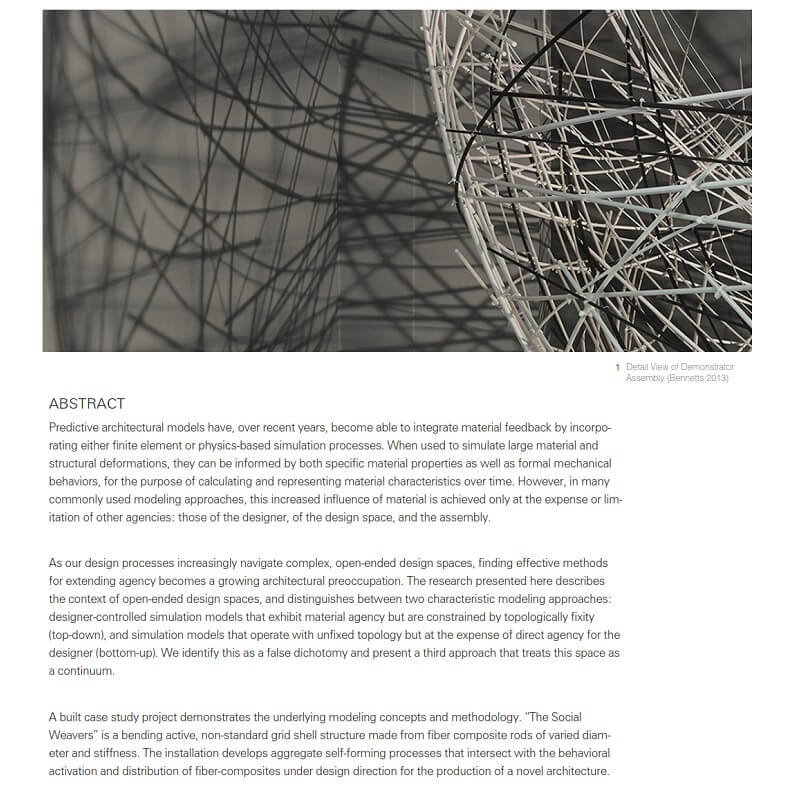 Predictive architectural models have, over recent years, become able to integrate material feedback by incorporating either finite element or physics-based simulation processes. When used to simulate large material and structural deformations, they can be informed by both specific material properties as well as formal mechanical behaviors, for the purpose of calculating and representing material characteristics over time. 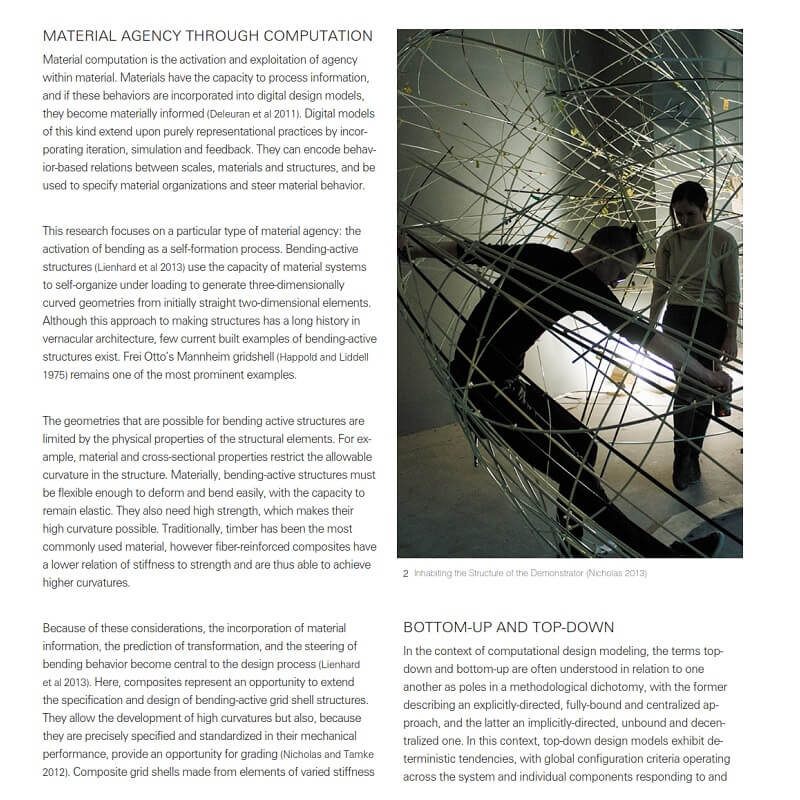 However, in many commonly used modeling approaches, this increased influence of material is achieved only at the expense or limitation of other agencies: those of the designer, of the design space, and the assembly. As the design processes increasingly navigate complex, open-ended design spaces, finding effective methods for extending agency becomes a growing architectural preoccupation. 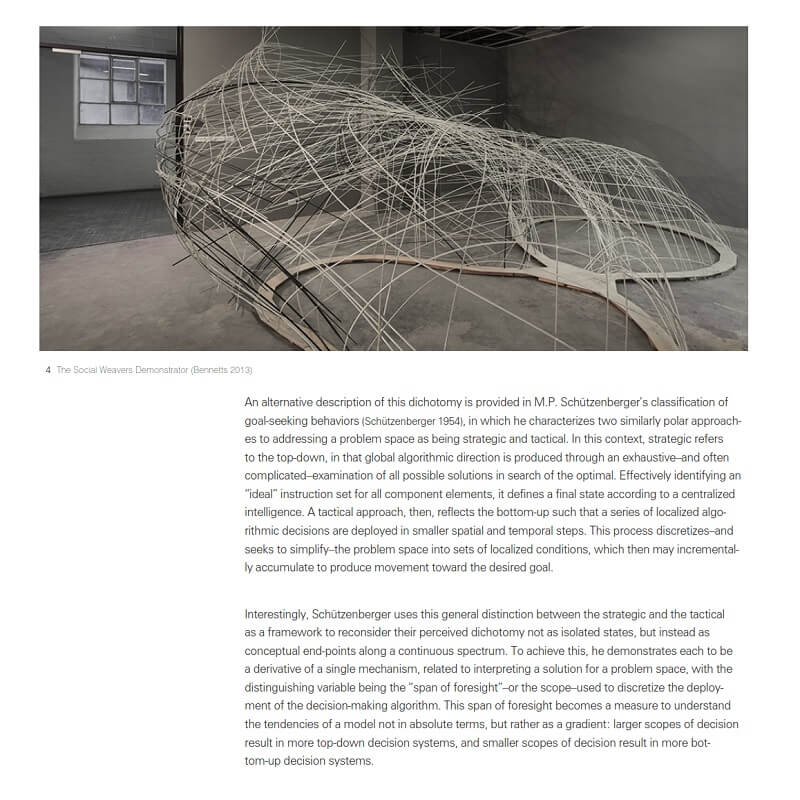 The research presented here by Paul Nicholas, David Stasiuk and Tim Schork, describes the context of open-ended design spaces, and distinguishes between two characteristic modeling approaches: designer-controlled simulation models that exhibit material agency but are constrained by topologically fixity (top-down), and simulation models that operate with unfixed topology but at the expense of direct agency for the designer (bottom-up). 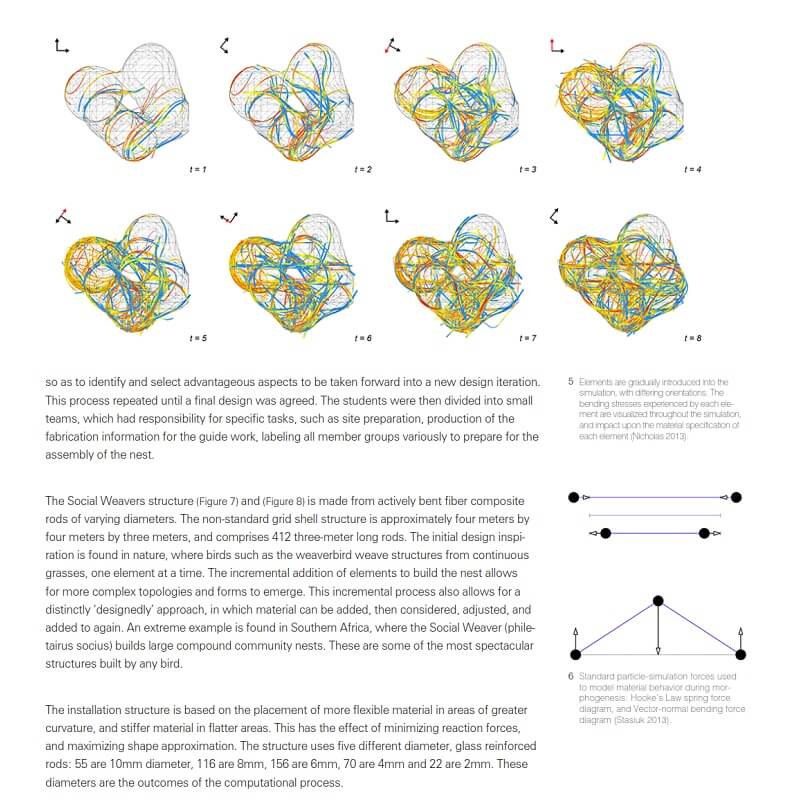 Authors identify this as a false dichotomy and present a third approach that treats this space as a continuum. A built case study project demonstrates the underlying modeling concepts and methodology. ” The Social Weavers ” is a bending active, non-standard grid shell structure made from fiber composite rods of varied diameter and stiffness. The installation develops aggregate self-forming processes that intersect with the behavioral activation and distribution of fiber-composites under design direction for the production of a novel architecture. 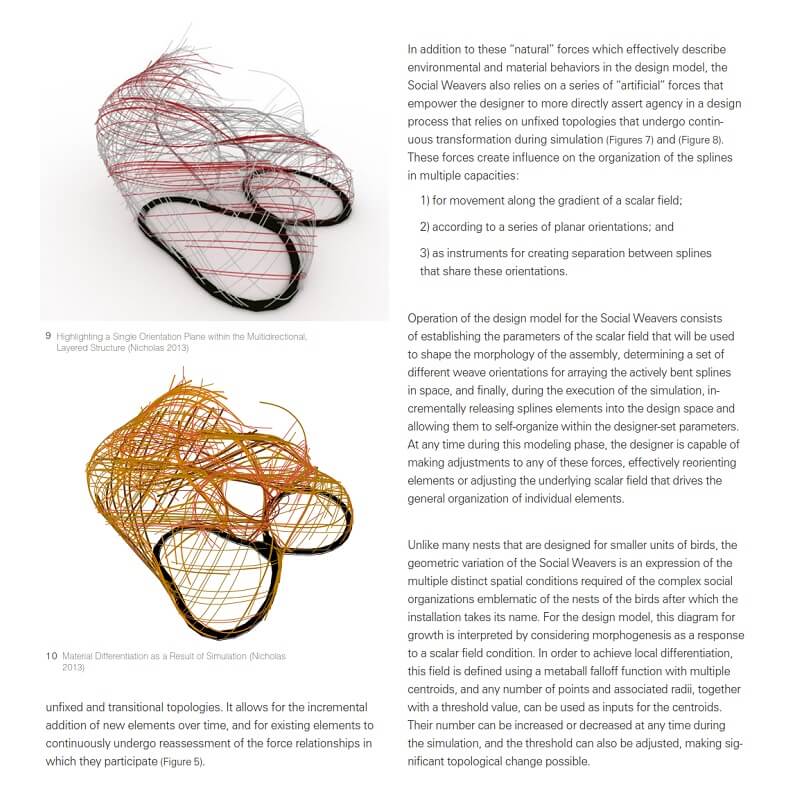