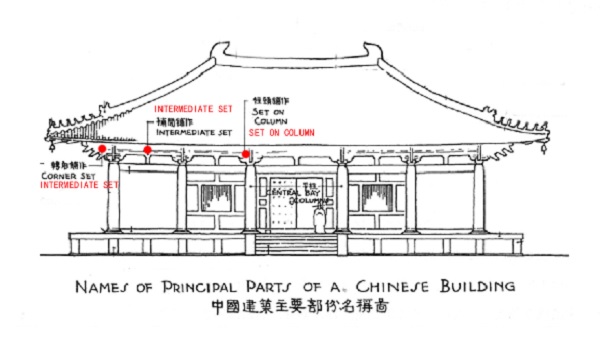 Figure 1 Principal parts of a Chinese timber-frame building. (Drawn by the ‘Society for Research in Chinese Architecture’)

The traditional Chinese building design was influenced by the climate and the sociogeographical conditions of the different regions in China.

They were usually constructed out of wood relying on timber-joint based construction systems. Amongst the wide variety of the structural elements, the Dougong (bucket arch) is one of the most common components of traditional wooden framework buildings, presenting a high level of complexity. 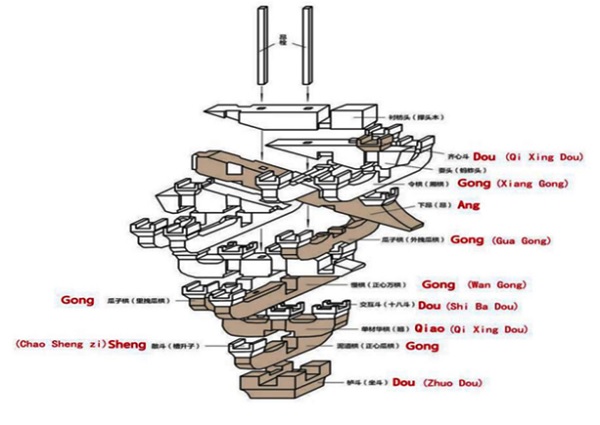 Figure 2 Components’ of the Dougong

Parametric design and robotic technology enable new possibilities regarding its fabrication and application in contemporary architecture.

Our paper will explore how the Dougong components could be reinvented through the use of parametric tools and robotic fabrication methods and thus applied to contemporary architectural structures.

We will analyse and compare the properties of the original Dougong with the reinvented unit by using finite element analysis and digital optimization tools.

Our findings will provide an insight into the traditional construction principles of the joint and how these can inform a design and fabrication framework for its application in contemporary buildings.

Figure 7 The re-invented rules of assembly

Historically, the main structure of traditional Chinese buildings is a load-bearing timber framework while the walls are part of the building. 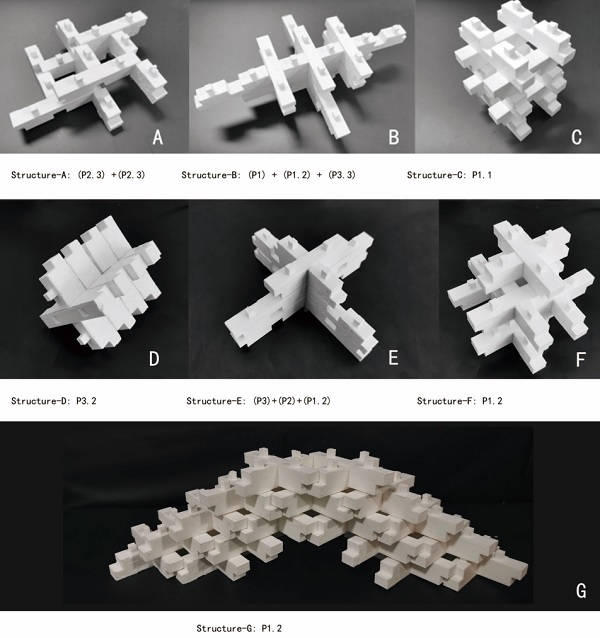 Figure 8 The different assembly possibilities of the reinvented Dougong elements

The earliest Dou appeared during the bronze age of the Shang and Zhou Dynasties, and the appearance of Gong followed later (Pan, 2011).

According to Yang Hongxun’s ’Architectural Archaeology Study of Tomb Buildings, Murals and Burial Artefacts, the structure of Dougong had been widely used and achieved its mature stage since the Han dynasty, 206 BC-220 AD, (Liu, 1982).

Figure 9 The four points used on the displacement analysis

The proportions and the name of the Dougong components before the Song Dynasty (960-1279) are difficult to retrieve since there are not related sources to refer to. However, two important historic rulebooks the Yin Zhao Fa Shi and the Gongchen Zuofa Zeli provide both standards and structural regulations for buildings and building components.

Figure 10 The digital model of the P1.2 joint (left) before optimization and the model (right) after optimization in Millipede

The first was completed by Li Jie in the Song Dynasty (960-1279) while the second was published by the Ministry of Construction of the Qing Dynasty in 1734.

In this paper, we mainly focus on studying the Dougong developed during the Qing dynasty (1636- 1911) as a large number of buildings from this period have been preserved and can provide a reliable database for analysis.