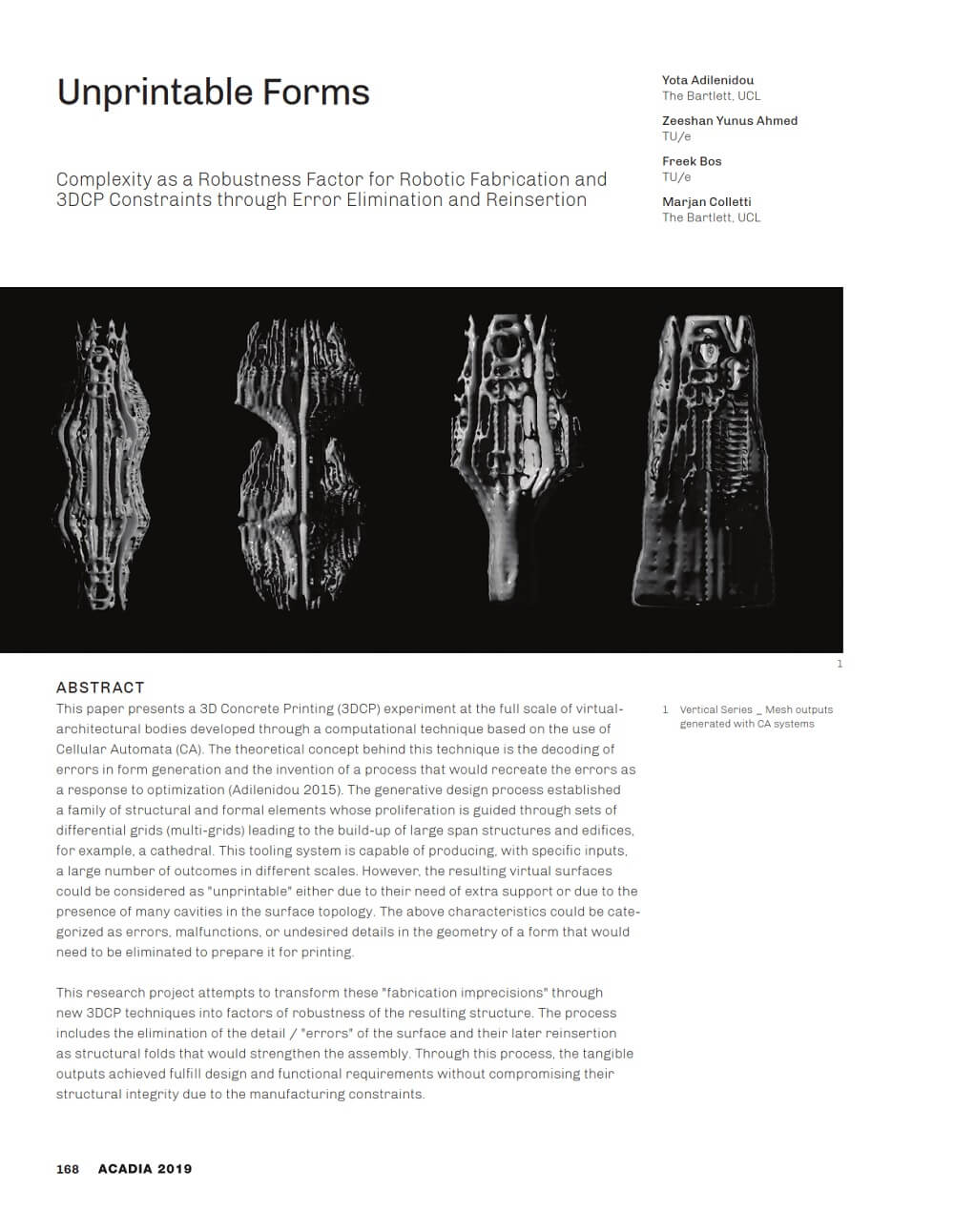 This paper by Yota Adilenidou, Zeeshan Yunus Ahmed, Freek Bos and Marjan Colletti presents a 3D Concrete Printing (3DCP) experiment at the full scale of virtual architectural bodies developed through a computational technique based on the use of Cellular Automata (CA). The theoretical concept behind this technique is the decoding of errors in form generation and the invention of a process that would recreate the errors as a response to optimization (Adilenidou 2015). The generative design process established a family of structural and formal elements whose proliferation is guided through sets of differential grids (multi-grids) leading to the build-up of large span structures and edifices, for example, a cathedral. 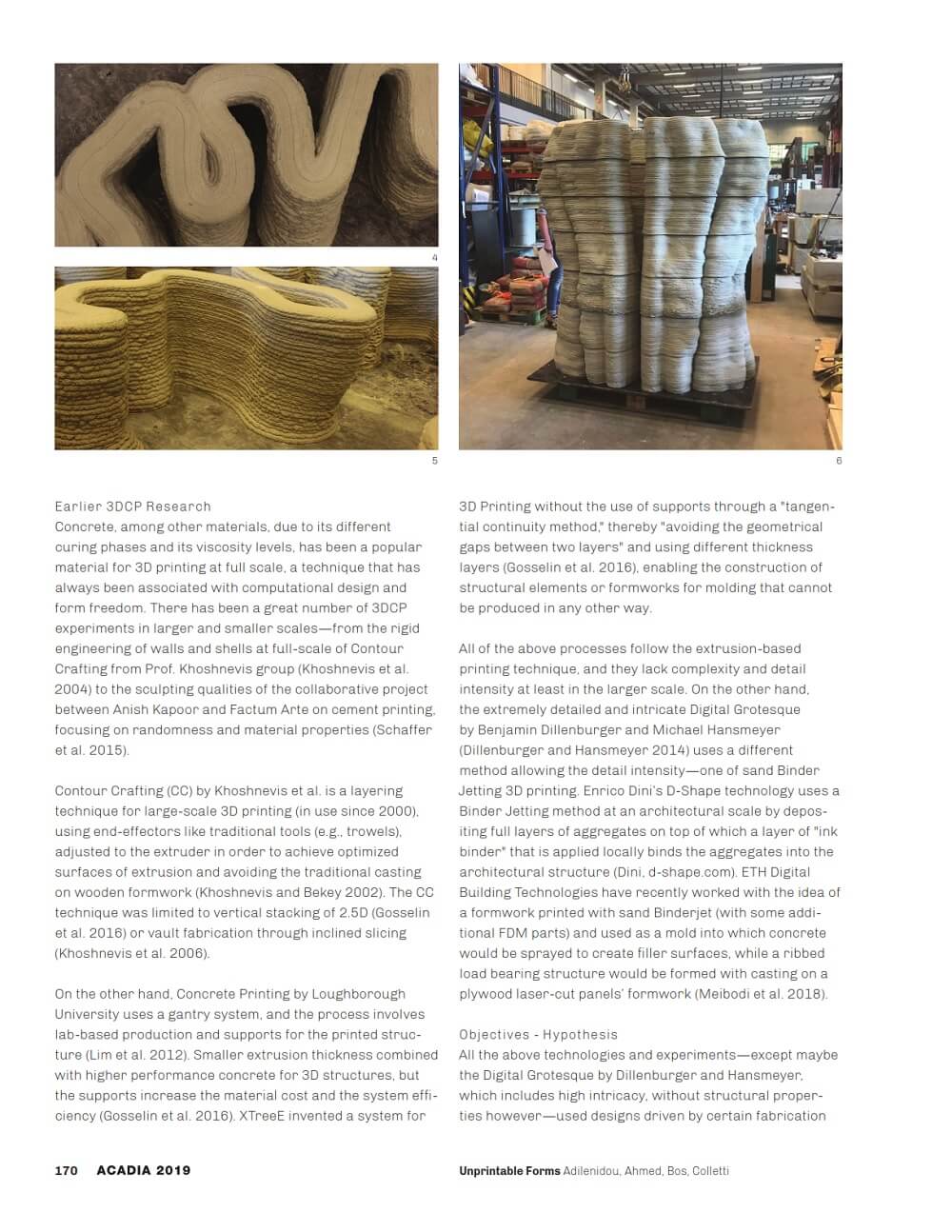 This tooling system is capable of producing, with specific inputs, a large number of outcomes in different scales. However, the resulting virtual surfaces could be considered as “unprintable” either due to their need of extra support or due to the presence of many cavities in the surface topology. The above characteristics could be categorized as errors, malfunctions, or undesired details in the geometry of a form that would need to be eliminated to prepare it for printing. This research project attempts to transform these “fabrication imprecisions” through new 3DCP techniques into factors of robustness of the resulting structure. The process includes the elimination of the detail / “errors” of the surface and their later reinsertion as structural folds that would strengthen the assembly. Through this process, the tangible outputs achieved fulfill design and functional requirements without compromising their structural integrity due to the manufacturing constraints. 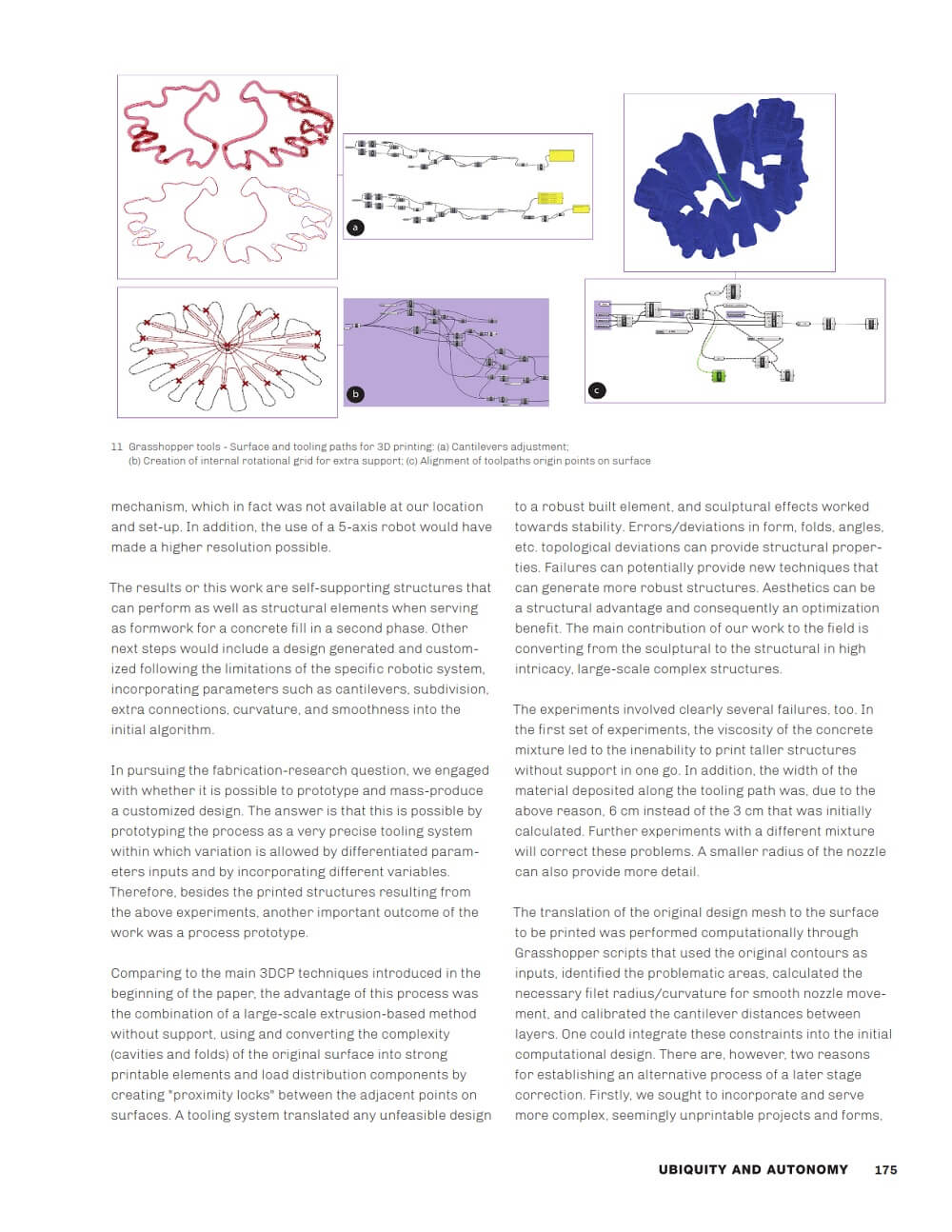