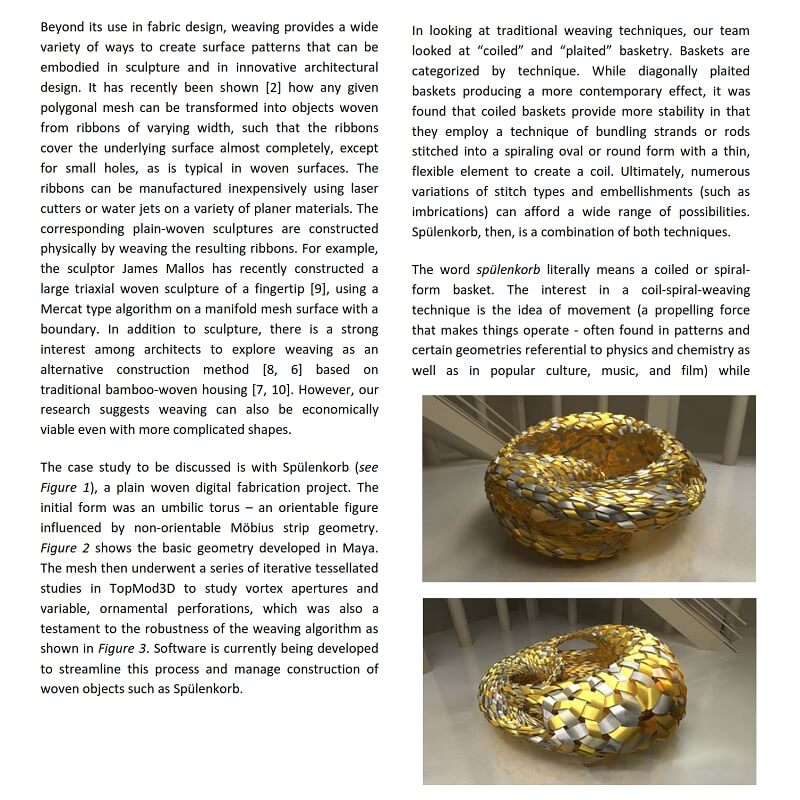 In an effort to investigate surface logics consisting of highly porous, irregularly defined weaving systems a series of investigative strategies were employed. This paper by Qing Xing, Gabriel Esquivel, Ryan Collier, Michael Tomaso and Ergun Akleman, discusses certain modes of research and their derivatives through a case study, Spülenkorb, as an entry into a digital fabrication competition by Texfab, in which the project received honorable mention. 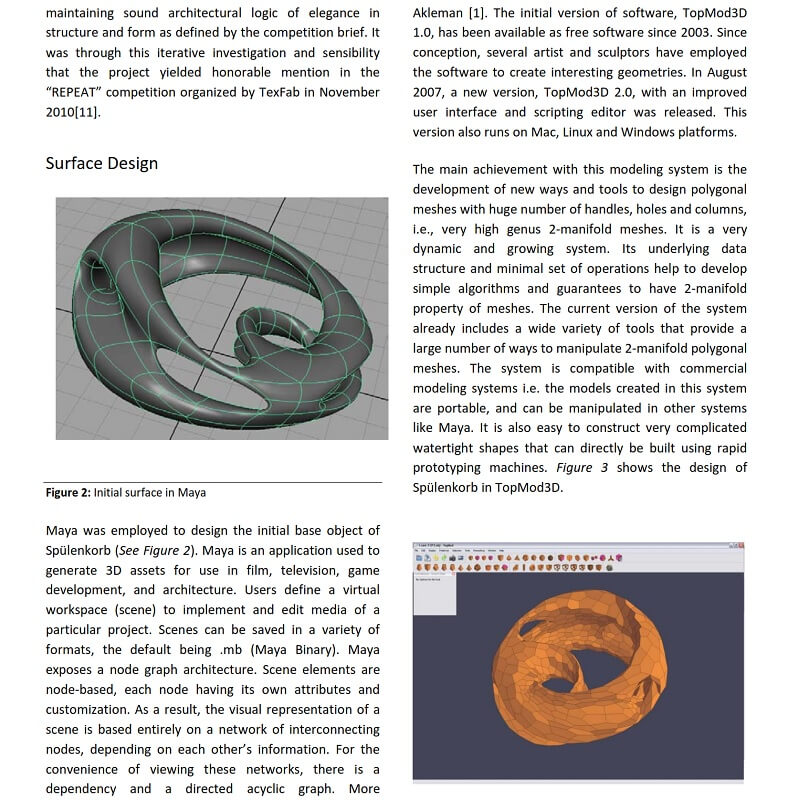 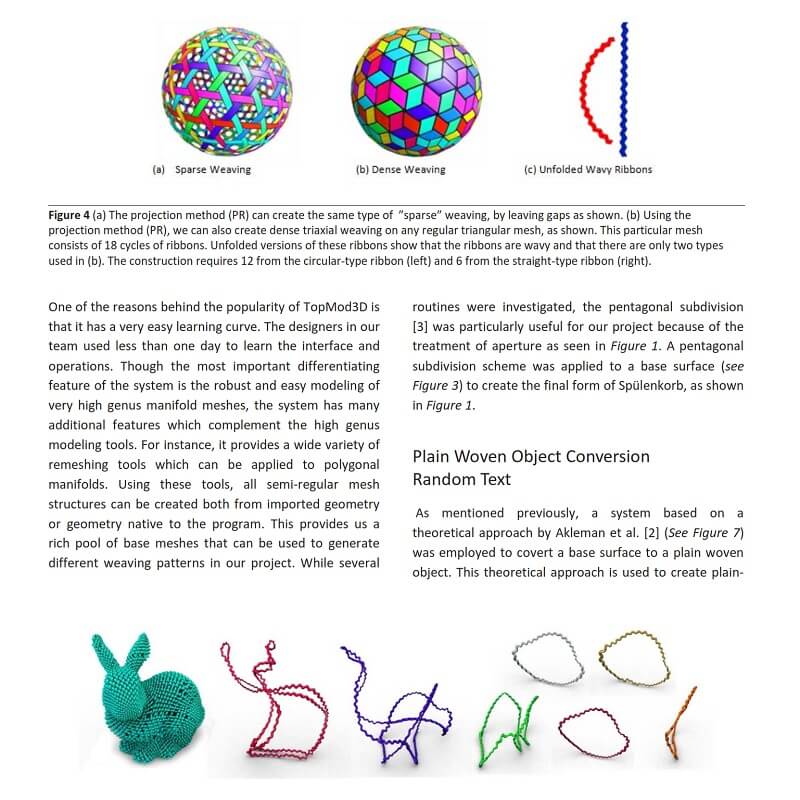 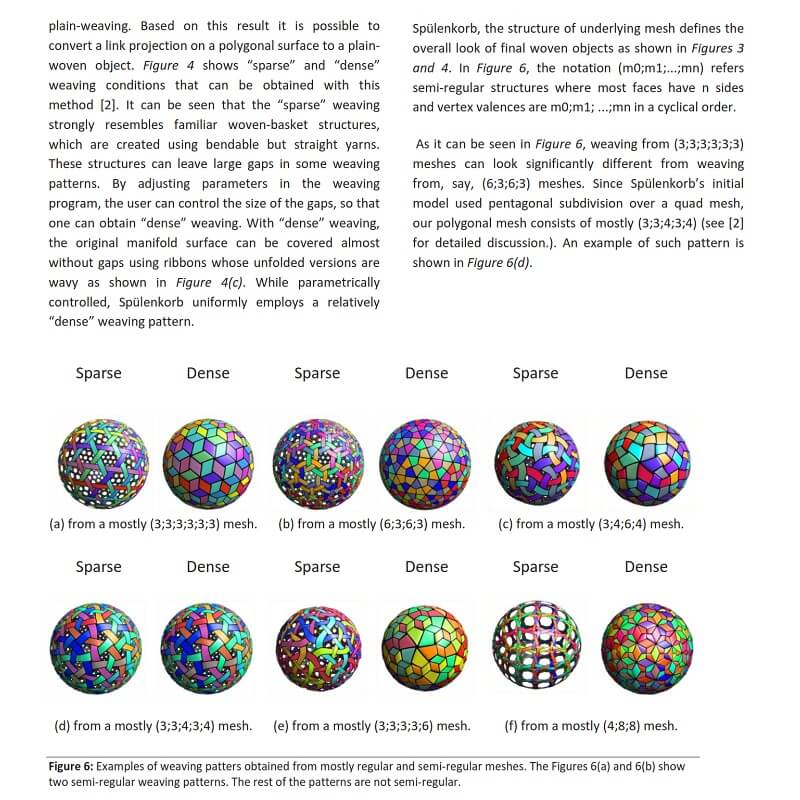 Authors prefer to use the general term link, since each component of a link is also a knot. Mathematical links can be used to represent weaving structures such as a fabric, a cloth, or a basket. While there are a wide variety of weaving methods, the most popular is plain-weaving, which consists of threads that are interlaced so that a traversal of each thread alternately goes over and under the other threads (or itself) as it crosses them. 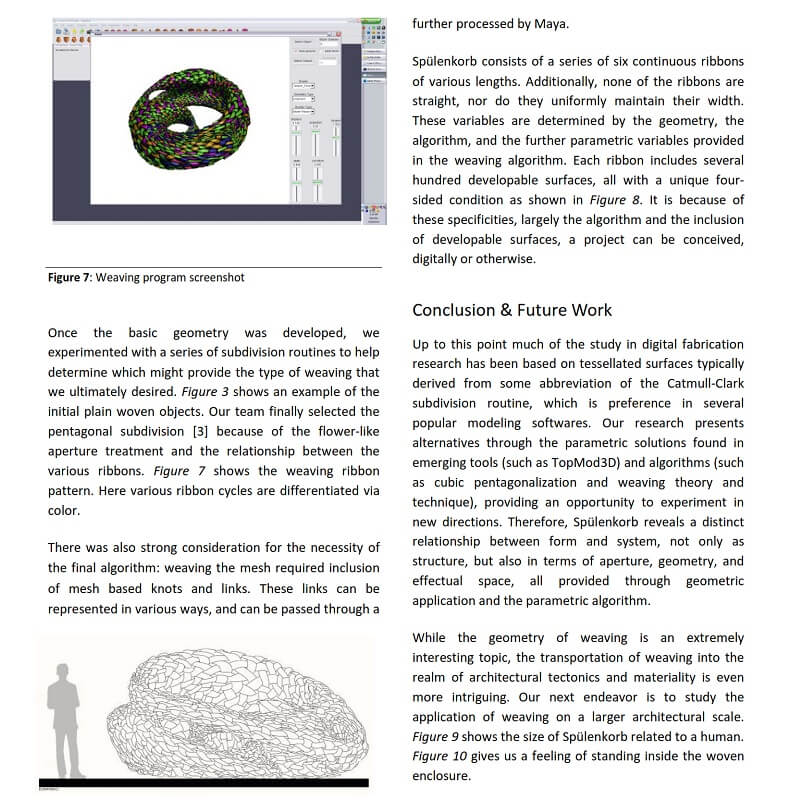