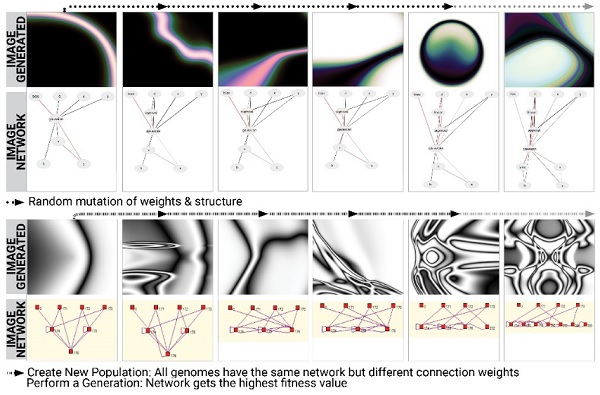 Fig. 1. (A) Evolving 2D images encoded by CPPNs using a weight-space tour where every progression is a random mutation of weights and structure of a single network. All simulations were performed using the CPPNX tool. (B) Evolving 2D images with the NEAT algorithm, every progression both creates a new population of different connection weights, and performs a generation where networks with the highest fitness value survive. Simulations were performed using GeneticArt, an implementation of SharpNEAT (used in Aplysia).

This work presents the development of a proof-of-concept generative design tool for the AEC industry, named Aplysia. Aplysia has the capability to provide the designer with the ability to produce emergent design solutions from multi-objective criteria without the tradeoff between number of objectives and computational resources.

Easily and rapidly produce varied, performanceoriented geometries suited for concept design. The current inefficiencies with existing generative design tools are primarily due to the underlying algorithms, such as evolutionary algorithms which require significant computational resources due to large search spaces, and inconsistencies between industry requirements and provided features, such as requiring domain expert input to use these tools which make it inaccessible to many users.

We present the novel use of a compositional pattern-producing network (CPPN) and the NeuroEvolution of Augmenting Topologies (NEAT) algorithm for a building-scale structure. This paper details the software development methodology to build the tool, driven by a user-centric approach.

Requirements gathering, which framed the scope of Aplysia, was completed through a use case study. The user and technical requirements were translated into a modular system architecture and user-friendly GUI. Aplysia was experimentally tested for the design of a lightweight, free-standing canopy.

Our initial findings show that Aplysia improves the generative design workflow for the test case, which we argue is more adaptable to real-world AEC design problems and outline further improvements in the continual development of Aplysia. 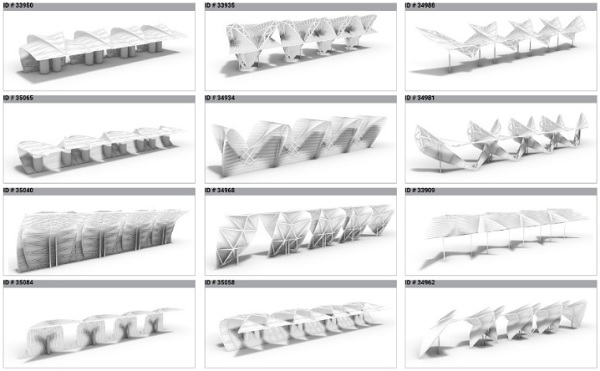 Fig. 10. Perspective view of selected solutions in the most evolved run generated from the roof truss Grasshopper model.

The rate of growth of different parts of an organism, however small, is fundamental to morphological shifts in physiology, as stated in “Growth and Form” by D’Arcy Thompson. The generation of physical forms is a dynamic system of parametric interplay that is more accessible to designers today due to the increasing availability of higher-performing computers and advances in computational approaches.

These technologies can foster a designer’s ability to explore a plethora of new forms. Generative design is comprised of three factors: a design schema, an ability to create variations, and a means of selecting desired outcomes. The main intentions of generative design are automating exploration of the solution space and producing design in concert with some defined optimization. 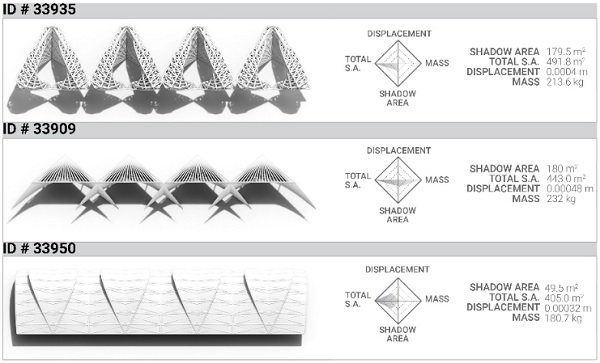 Specifically, In the context of Architecture, Engineering, and Construction (AEC) projects, generative design is defined as exploring and/or optimizing the design space and then reporting to the user which options can be further analyzed based on defined geometric parameters and fitness goals.

Typically, a model is set up with quantitative goals and an initial geometry. The model is then connected to an algorithm, usually a single or multiobjective optimization algorithm, that receives the input parameters and searches through the design space to find “high-quality designs” which are evaluated against and driven by the fitness goals. The algorithms within existing tools significantly affect the solutions generated, and they are investigated in-depth in this paper. 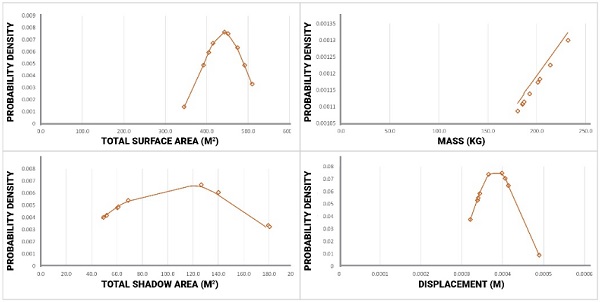 Fig. 12. The normal distribution graphs display how the values of a variable are distributed for four objectives

Parametric design has allowed the architect and engineer to create forms that expand the designer’s imagination and visualization capabilities and, combined with optimization tools, designs can meet functional and performance-based criteria. The emergence of machine learning algorithms into the domain is slowly bridging the gap between optimality and obtaining new types of morphologies.