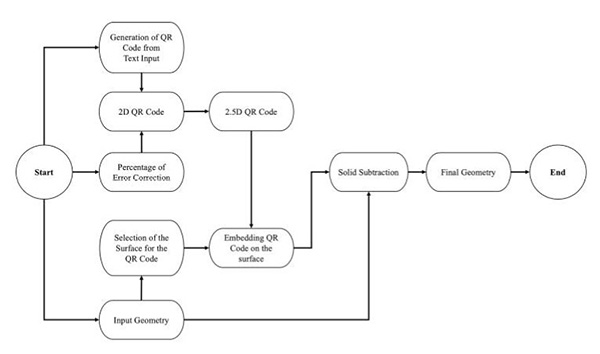 Fig. 2. Pipeline of the proposed method.

Quick Response (QR) codes have been Utilized in various fields of manufacturing after their introduction to the automotive industry. Due to their correction algorithms, they have advantages over the other coding schemes various information regarding the parts can be stored into these QR codes, which are conventionally printed on the labels of the artifacts. In this study, we propose an automated approach for embedding QR codes on the interior flat surfaces of 3D printed artifacts.

Since we are using the interior surfaces, the outer surface or the shape of the object is not affected by the QR code patterns. We used Rhinoceros3D (CAD software) and Grasshopper3D (analytical modeling tool for Rhinoceros3D) environments for the realization of the proposed method. We fabricated several parts with QR codes in them utilizing a Fused Filament Fabrication type of 3D printer and showed that the codes are readable via the cameras of the mobile phones. We concluded the paper with proposing some application areas of the method.

This study concentrates on embedding Quick Response (QR) codes on the interior surfaces of the 3D printed artifacts. QR code is a 2-dimensional (2D) coding system developed by Denso Wave. It utilizes the Reed-Solomon codes which are powerful linear error correction codes. The content of QR codes can be any kind of text, website address, video link, etc.

A QR code reader can easily read the code using the images acquired via different means and then takes some actions depending on the content of the data decoded. For instance, if the code represents the address of a webpage, it asks to open the corresponding page in the web browser. 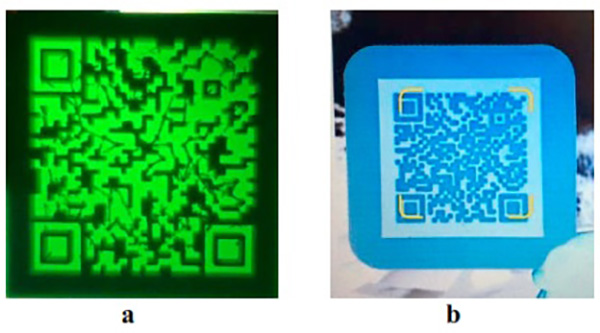 The importance of 3D printing, in other words, Additive Manufacturing (AM) is increasing day by day with the technological developmentsin various fields. Fused Filament Fabrication (FFF) technology, known as the most widely used AM method in the world, is estimated to be the technology used by nearly 70 % of the world’s 3D printers.

In this study, FFF type of a 3D printer is utilized to embed the codes on the surfaces of the objects. In the majority of previous works, QR codes were fabricated with a different color than the original color of the products to obtain color contrast for better scanning. There are also QR codes printed with a single color, which can be read with the help of the light differences. In these approaches, shadows become the second color which improves scanning.

Moreover, some researchers were able to implement these methods with different types of material, such as acrylonitrile butadiene styrene (ABS) for FFF, photopolymer resin for inkjet and aluminium alloy for selective laser sintering.

Fig. 5. Scanning of the QR Code embedded into the solid.

In the proposed approach, the code is hidden inside the part and it can only be read with the help of a light source. Outer surfaces of the artifact are not affected by the embedded QR code. However, there are certain limitations of the method, such as the requirement of uniform background light and the proper layer thickness underneath the QR code.

The steps of integrating the QR code on the 3D printed parts include generating the QR code representing the information, generation of the CAD model, and embedding the CAD model of the QR code on the appropriate surface of the artifact. Once the conventional design and fabrication pipeline of 3D printers is followed, QR codes embedded on the interior surfaces would be lost. That’s why we developed an automated approach utilizing algorithmic tools for CAD software. 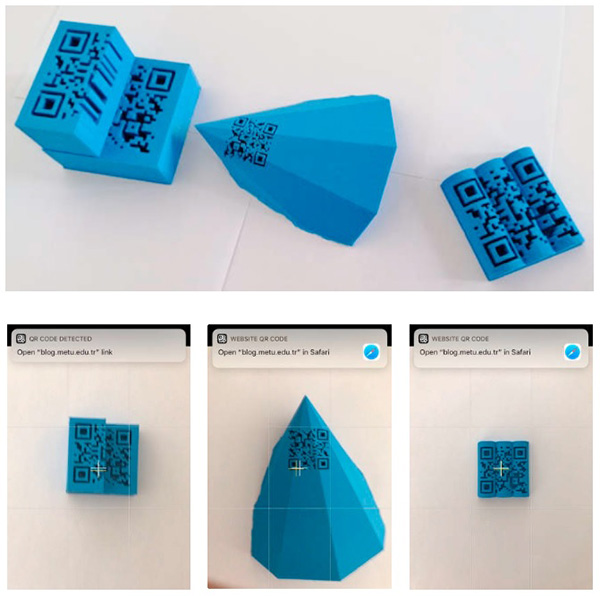 Regarding the implementation, Rhinoceros3D and Grasshopper3D software are used for the automated processing of these steps. The process and the inputs that the user has to provide are described in the relevant fields. The paper offers a new concept for embedding the invisible QR codes inside the artifacts. Practicability of the approach is discussed in the following sections of the paper.

Making 3D QR code comes after generating the code itself. The sufficient depth of the code should be determined. The way of that, optimum depth must provide adequate obscuration to the coded part. Additional requirement of the optimum depth is that the strength of the part shouldn’t be decreased. Only the depth height should be optimized to provide shadows.

Moving the QR code onto the desired surface is done with the help of the normal vector of the surface. For that purpose, the solid part is first divided into surfaces. Secondly, the point, which is given as input by the user, is checked whether it is on the desired a surface or not. After the point and the corresponding face is detected, the 3D QR code is moved to the given point. The depth of the QR code is fitted parallel to the normal vector of the desired surface. Finally, the exact location of the QR Code on the surface is decided and the code is scaled.