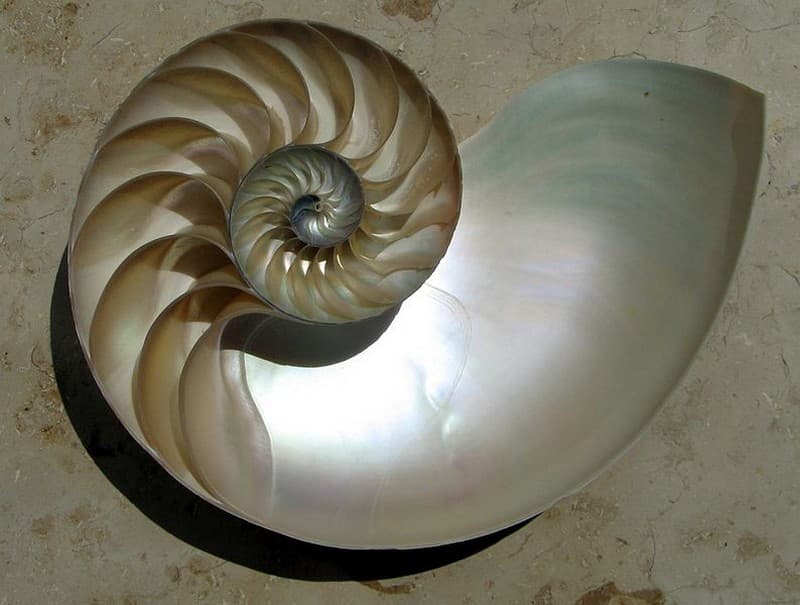 In this Biomimicry example we are taking a look at the Nacre Structure as an example for the Biomimicry section. Research, funded in part by the Danish Council for Independent Research Technology and Production Sciences, takes inspiration from oyster and abalone shells for stronger materials. A combination of algorithm-based design and multilateral 3D printing is used to discover what makes iridescent mother of pearl “ca. 3000 times greater than that of its main mineral building block.” 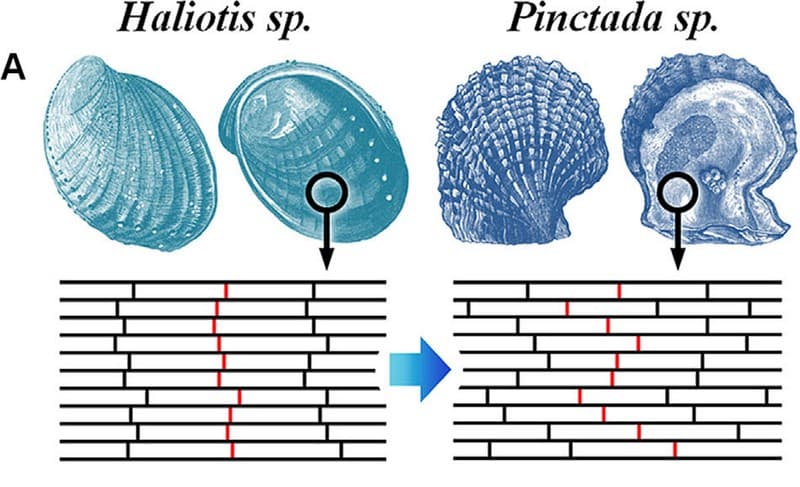 Made of bricks and mortar

In this paper, researchers create a four-part framework to better understand the stacked “brick-and-mortar” structure of mother of pearl, also known as nacre. The framework is a looped process, with each stage informing the next for continued development of material that matches nature. 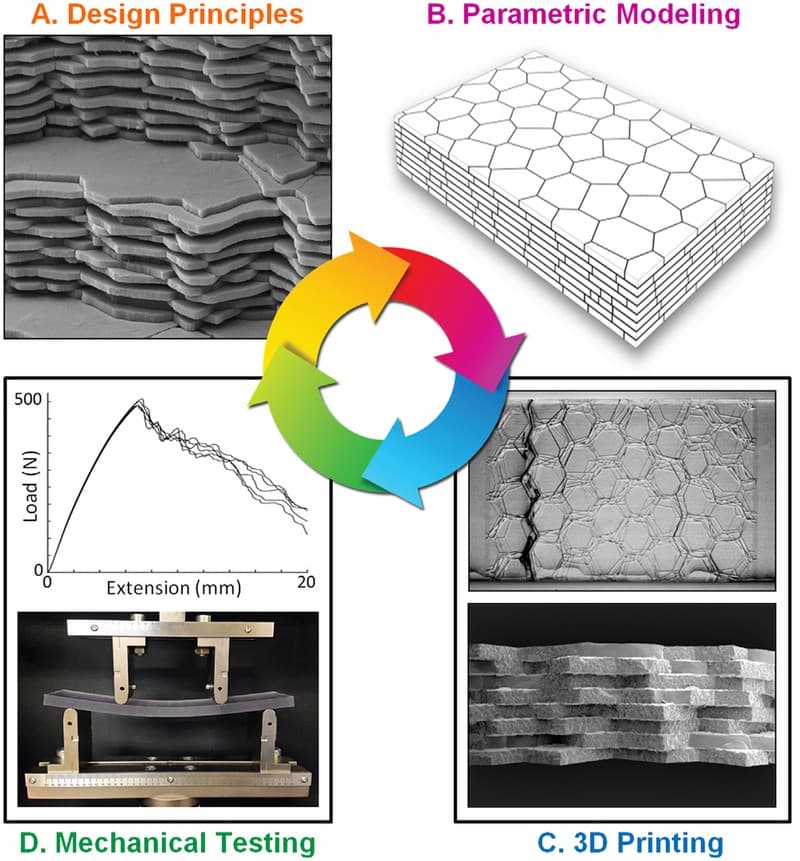 In the first step, SEM images are taken of the microscopic structure of shells. This stage reveals the internal geometry of the cells, and how a shell is formed using a combination of rigid mineral “bricks”, and a soft, elastic “mortar”.

This information is then used to create an algorithm for parametric modeling of the structure.

Parametric design creates a relationship between all the elements of a 3D model to better understand how the object works. In a parametric model, the internal geometry of an object makes sense before it is 3D printed. The authors explain this as follows, 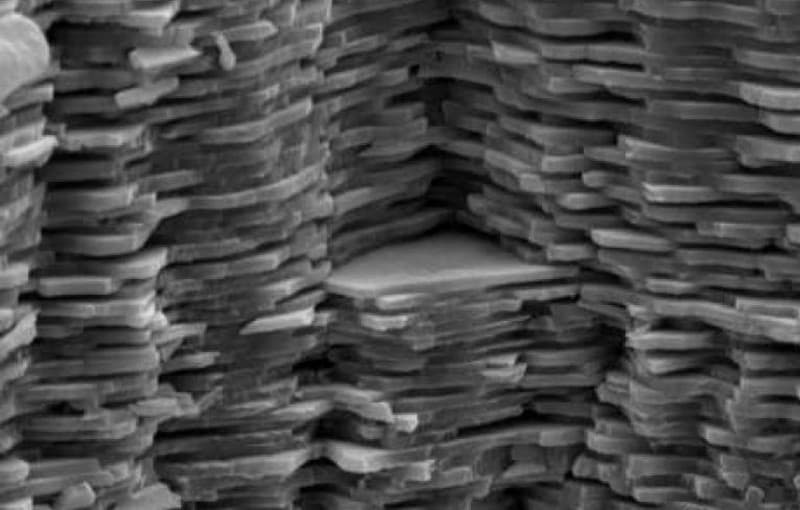 A parametric model is 3D printed by the researchers using a Stratasys multimaterial Connex500 3D printer. VeroWhite or VeroClear resin is used to make the the bricks, and transparent TangoPlus for the mortar.

The 3D printed parts were then tested for mechanical strength. Machine-generated forces match naturally occurring threats to oysters and abalones, including the shattering punch of a mantis shrimp.

Then the process is repeated. SEM images of the 3D printed material are studied to understand the success and accuracy of the object’s internal structure.  An ability to mimic the natural strength, or other properties of biological materials is promising for the future of manufacturing.

As far as materials go, nature has got it right. Designers often create bio-inspired structures such as the 3D printed bridge in Madrid and Milan’s bone-like Trabeculae Pavilion. Materials research at McGill University in Canada has also used 3D printing to test and mimic the strength of the jigsaw-like structure of turtle shells. 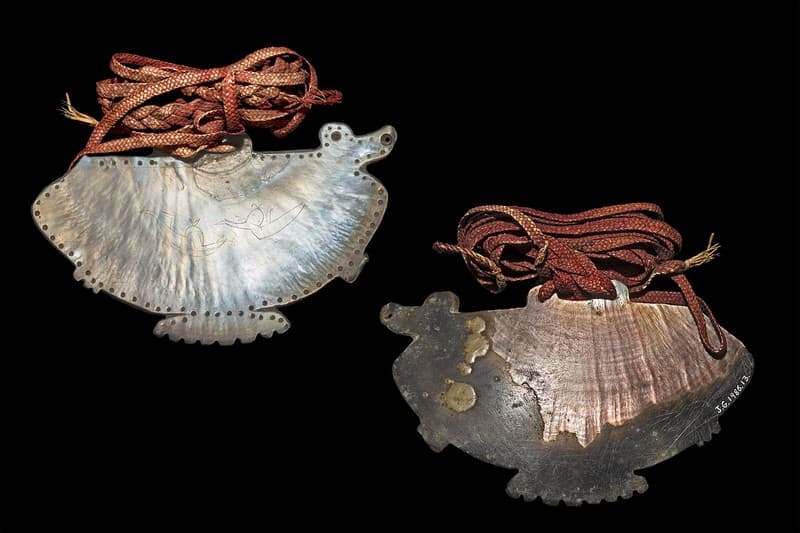 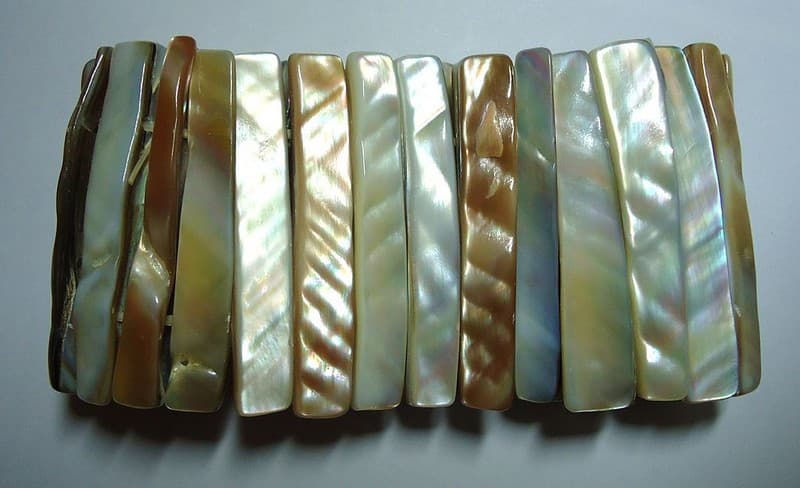