New production methods shaped the formal appearance of concrete structures, which were characterized by projects of great originality such as the large vaults by Pier Luigi Nervi, the stayed bridges by Riccardo Morandi, the sober slab bridges by Silvano Zorzi, the roofings by Aldo Favini and Angelo Mangiarotti, the hyperbolic paraboloids by Felix Candela. 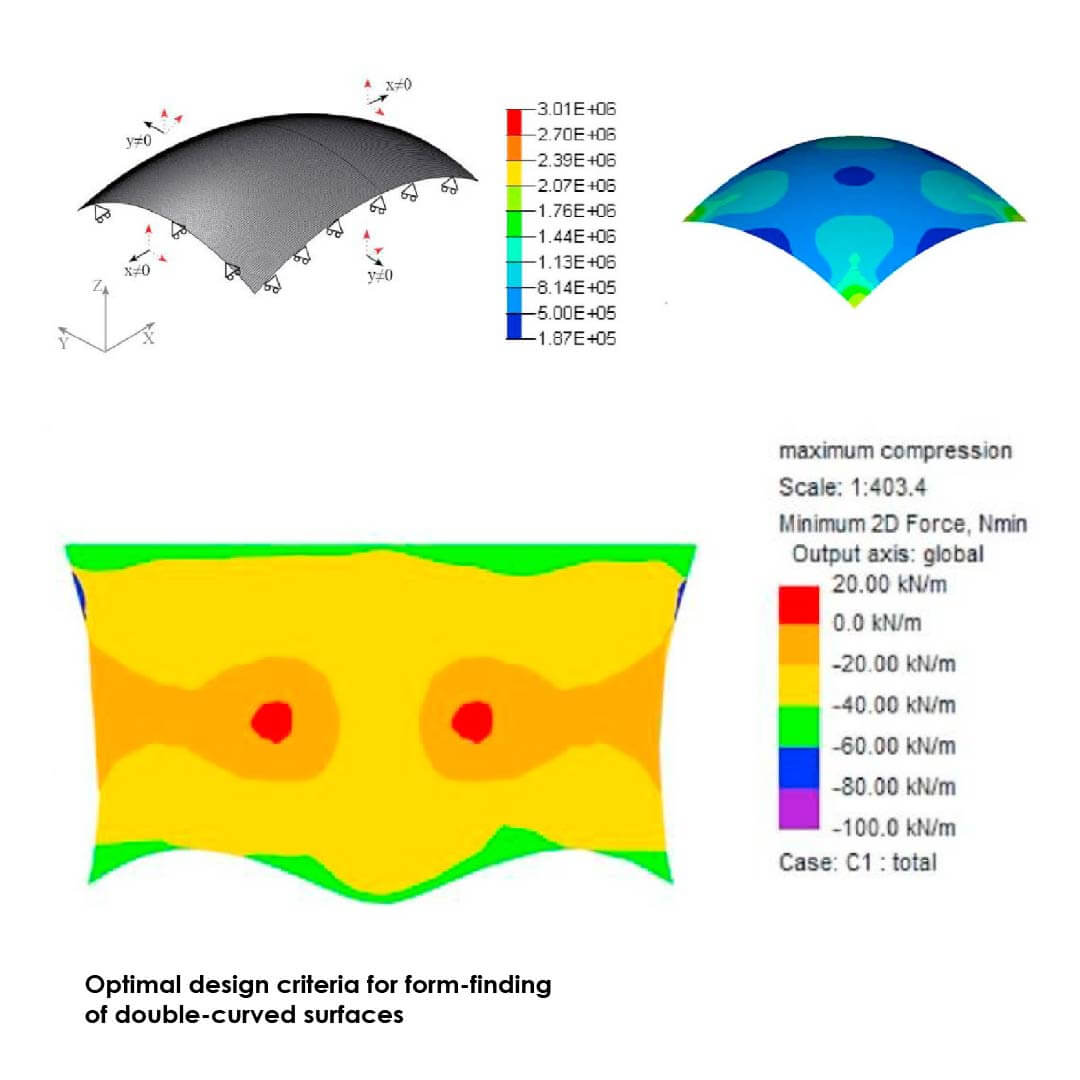 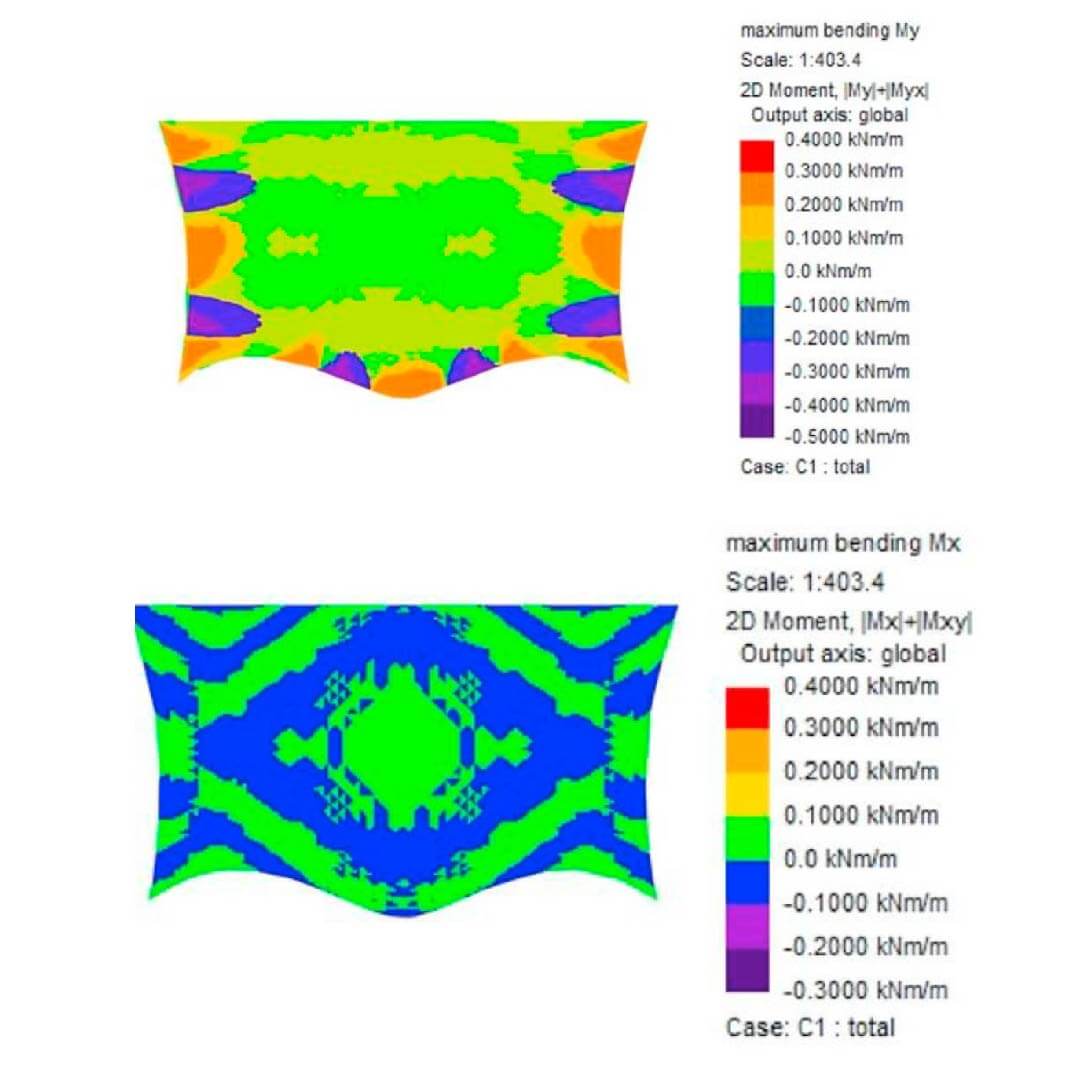 However, shells lost their popularity compared to their heyday in the 1950s and 1960s, when architects eagerly adopted them as a new mean for artistic expression.

A large number of studies investigated the reasons for their disappearance. Possible reasons for the fading interest in thin concrete shell structures are probably related to a combination of multiple factors concerning the difficulties in the numerical analysis and form-finding techniques. 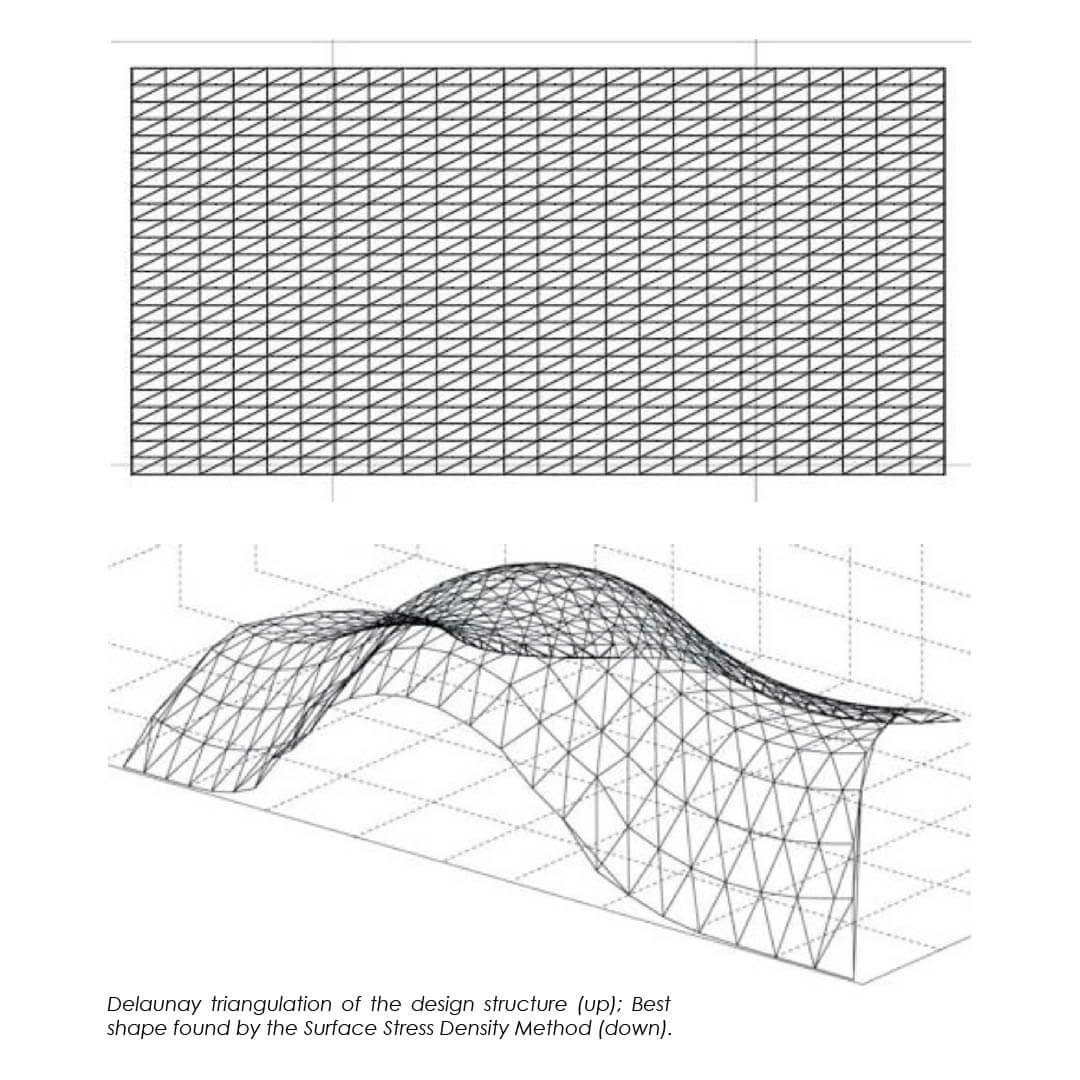 The development of techniques able to reduce the formworks costs is crucial to guarantee a large diffusion of thin concrete shells.

The simplest technique adopted is the reuse of a specific formwork, just suitable for the erection of identical shells or shell sections, so limiting the geometry of structures to extrusion surfaces.

Moreover, the construction sequence must allow the erection or the casting of a stable patch before the formwork can be decentered and relocated.

Due to its geometrical limitations, this method is not generally applicable to funicular shells. Another strategy to increase the efficiency of shell construction could be the use of prefabricated elements. 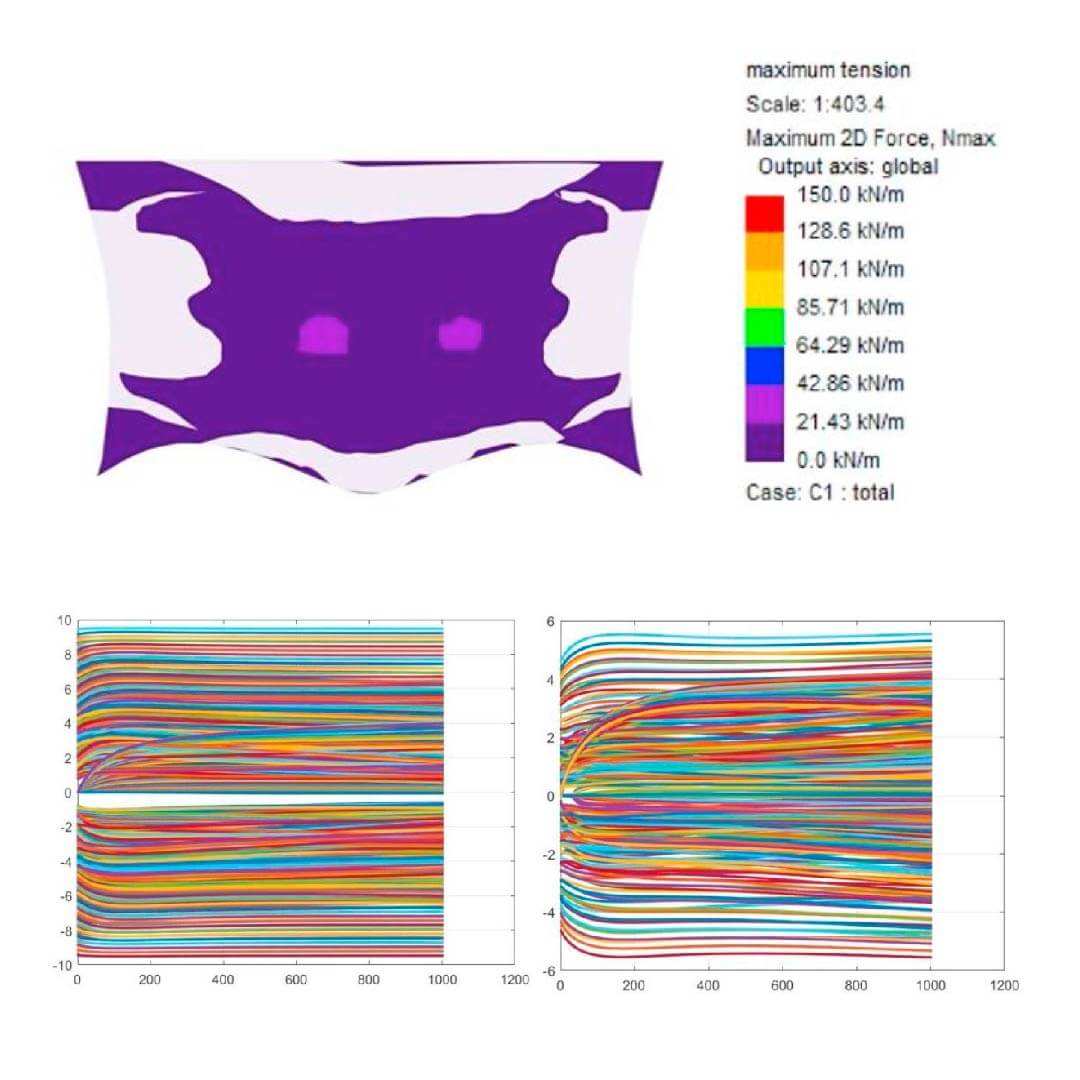 This study deals with the problem of form-finding of concrete double-curved surfaces. First, a suitable form-finding optimization framework to optimize shell surfaces based on the surface Stress Density method is established.

This framework is based on the use of different software. The stress density method is chosen because it allows to obtain an optimized shape starting by few parameters: the geometric characteristics of the model, the surface density factor and the magnitude of the load. 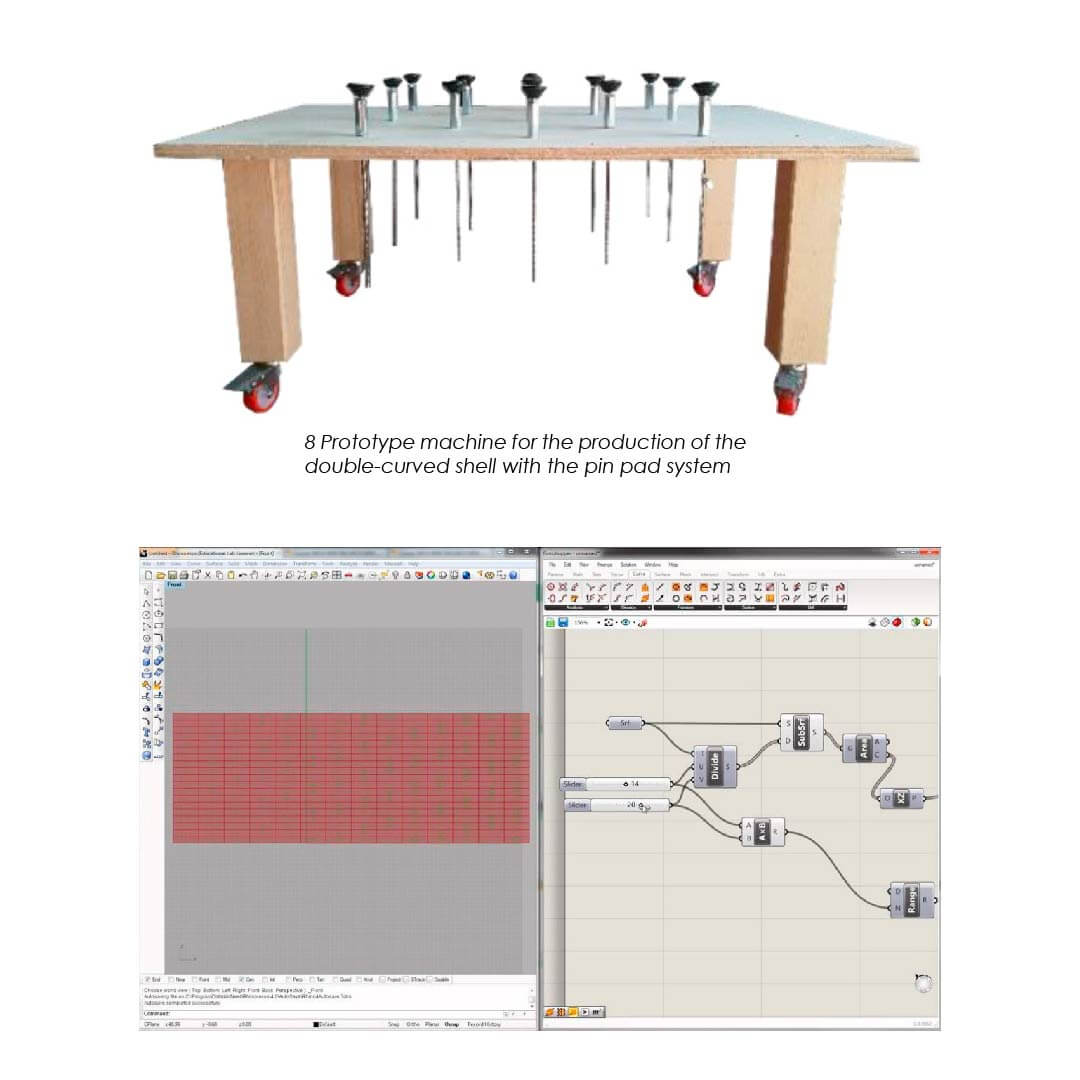 In a second step, the study is focused on a single panel of the structure. FEM analysis of this panel is carried out to better understand the structural behaviour under different loads.

Finally, a new production process for concrete double-curved surfaces is presented showing a prototype at a small scale. This process is trying to satisfy the needs of new shapes within architectural design.