The system, known as FoamWork, sees a conventional rectangular mould filled with 24 mineral formwork elements in different shapes and sizes before concrete is cast around them and left to cure, creating hollow cells throughout the panel. 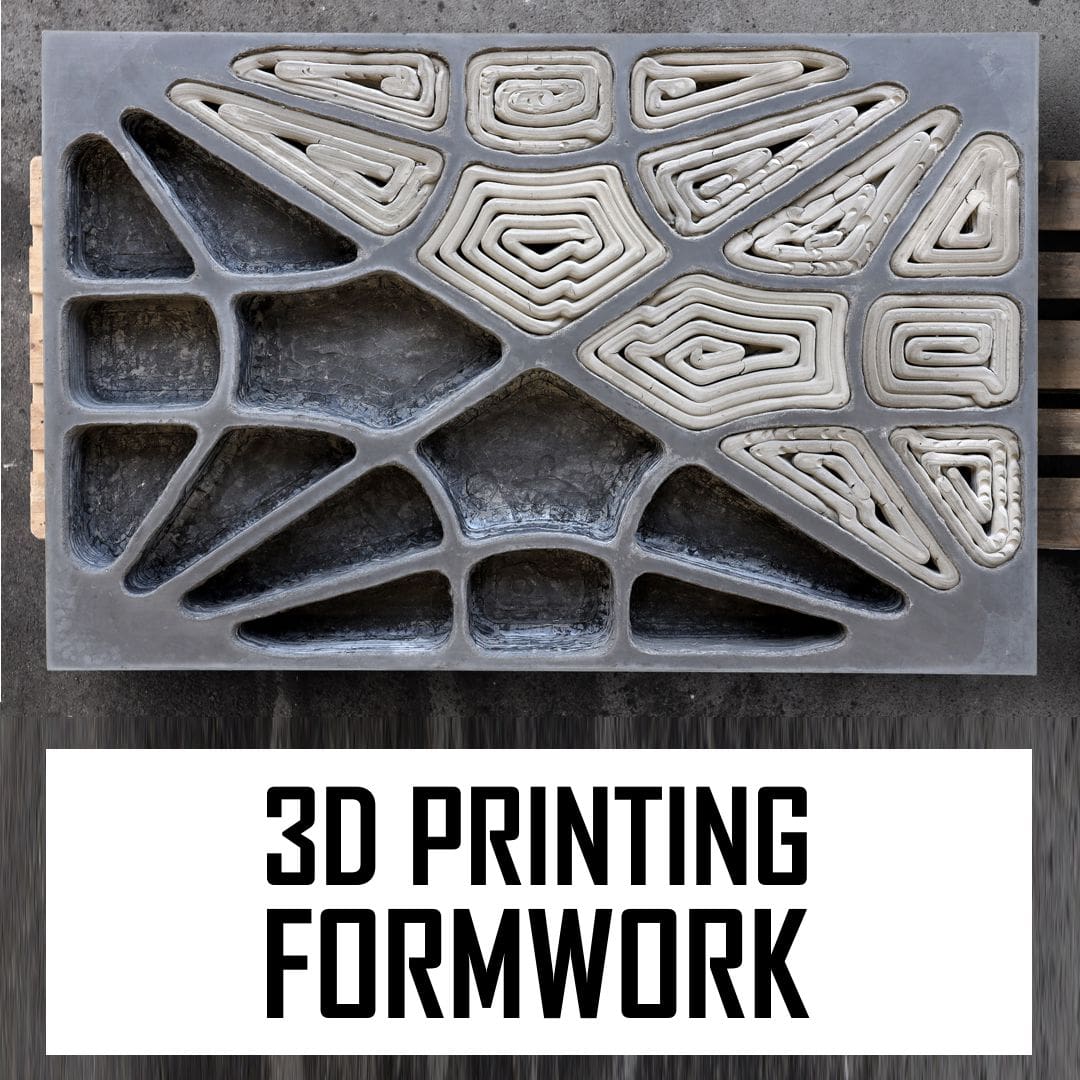 The resulting internal geometry was optimised to reinforce the slab along its principal stress lines, creating the necessary strength while drastically reducing the amount of concrete needed to produce it.

If adopted at scale, architect Patrick Bedarf believes this could help to reduce the carbon footprint of construction and cement in particular, which is the biggest single emitter of CO2 in the world.

With FoamWork, emissions through material consumption would be reduced in the concrete slab. 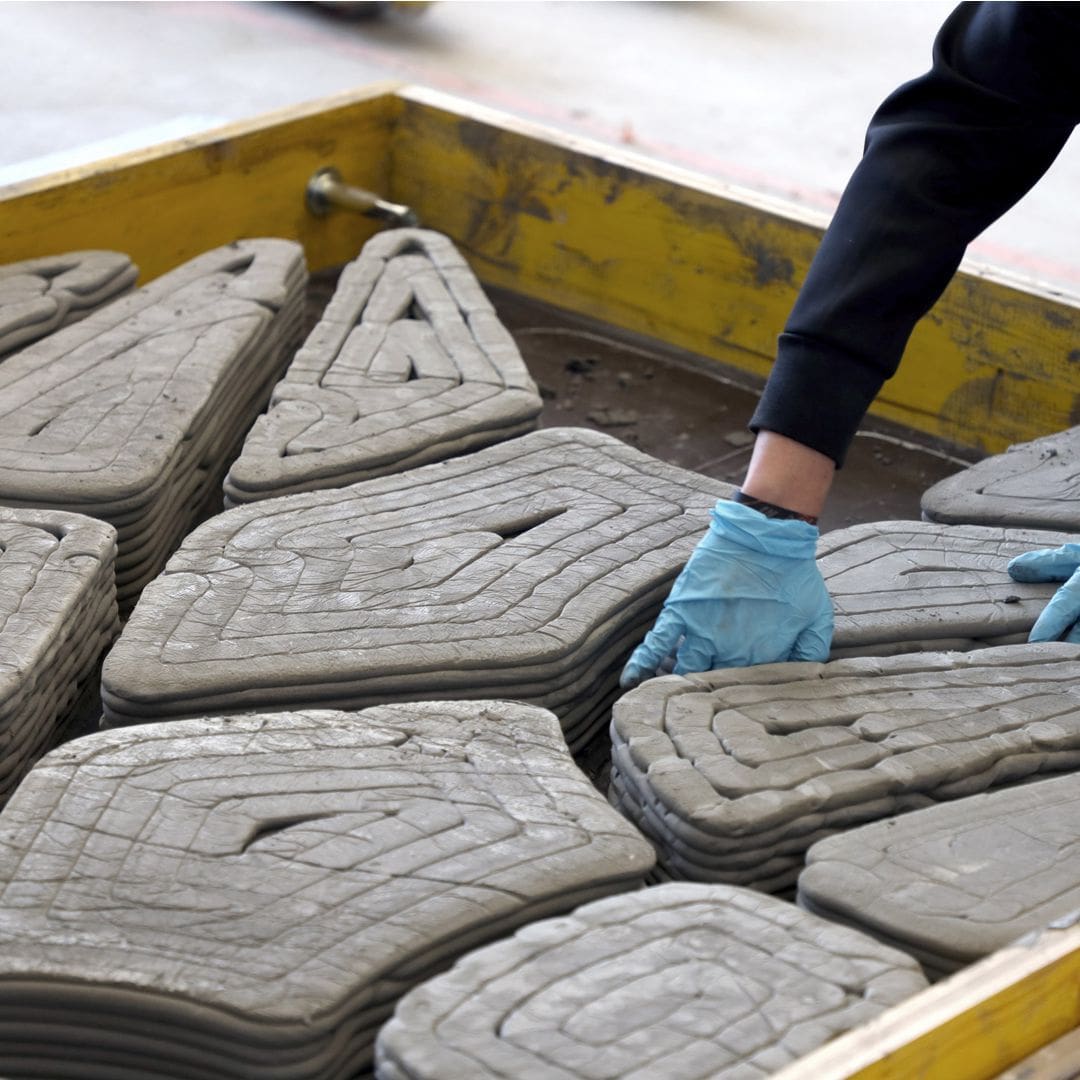 The formwork elements themselves are 3D printed by an autonomous robotic arm using mineral foam, which is traditionally made by foaming cement and is increasingly being used as an insulation material in construction due to its high porosity.

The internal geometry of the concrete panel was optimised for its particular shape, informed by the way that Italian architect Pier Luigi Nervi developed floor slabs in the 1940s that were ribbed along their principal stress lines. 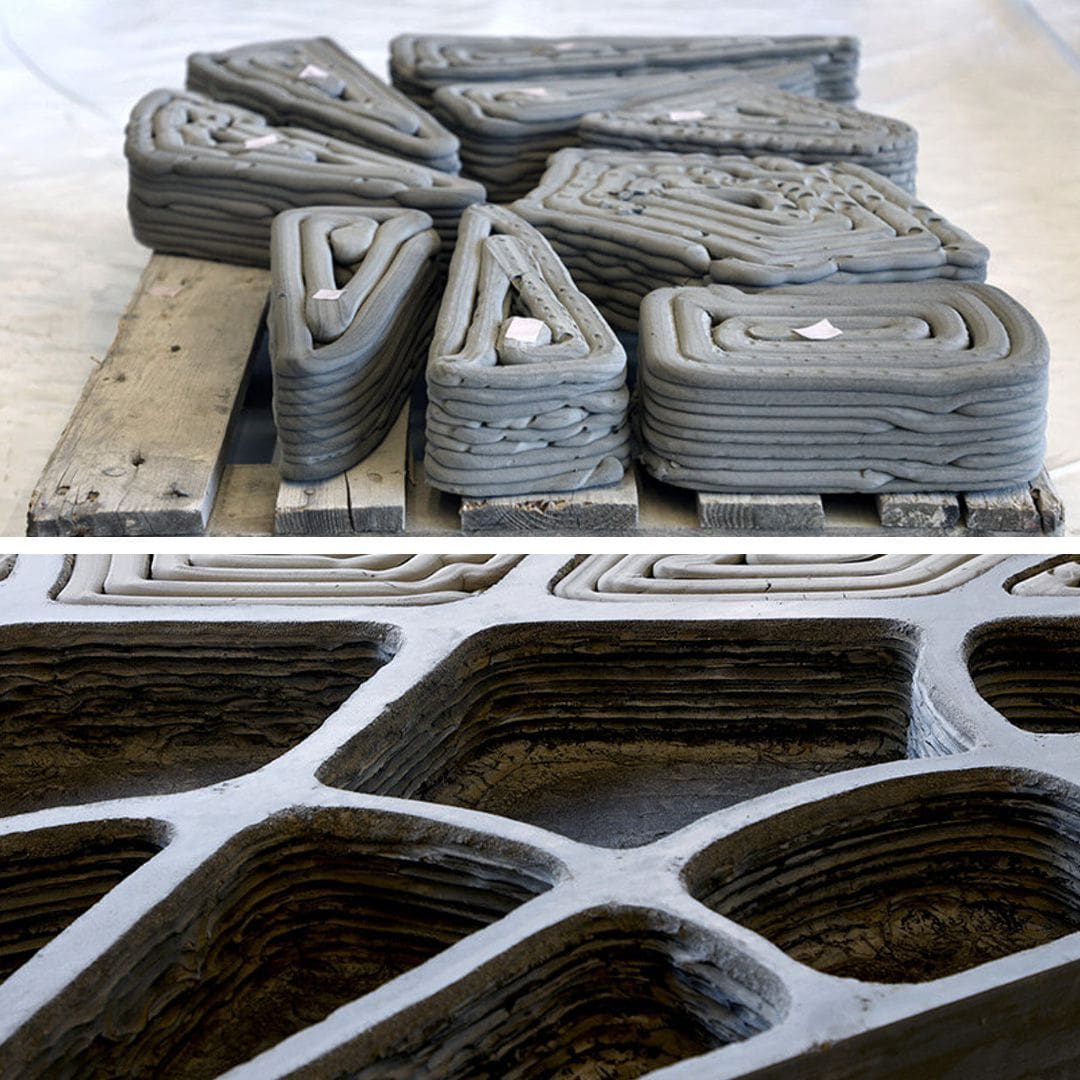