The Progress of Geometry as Design Resource 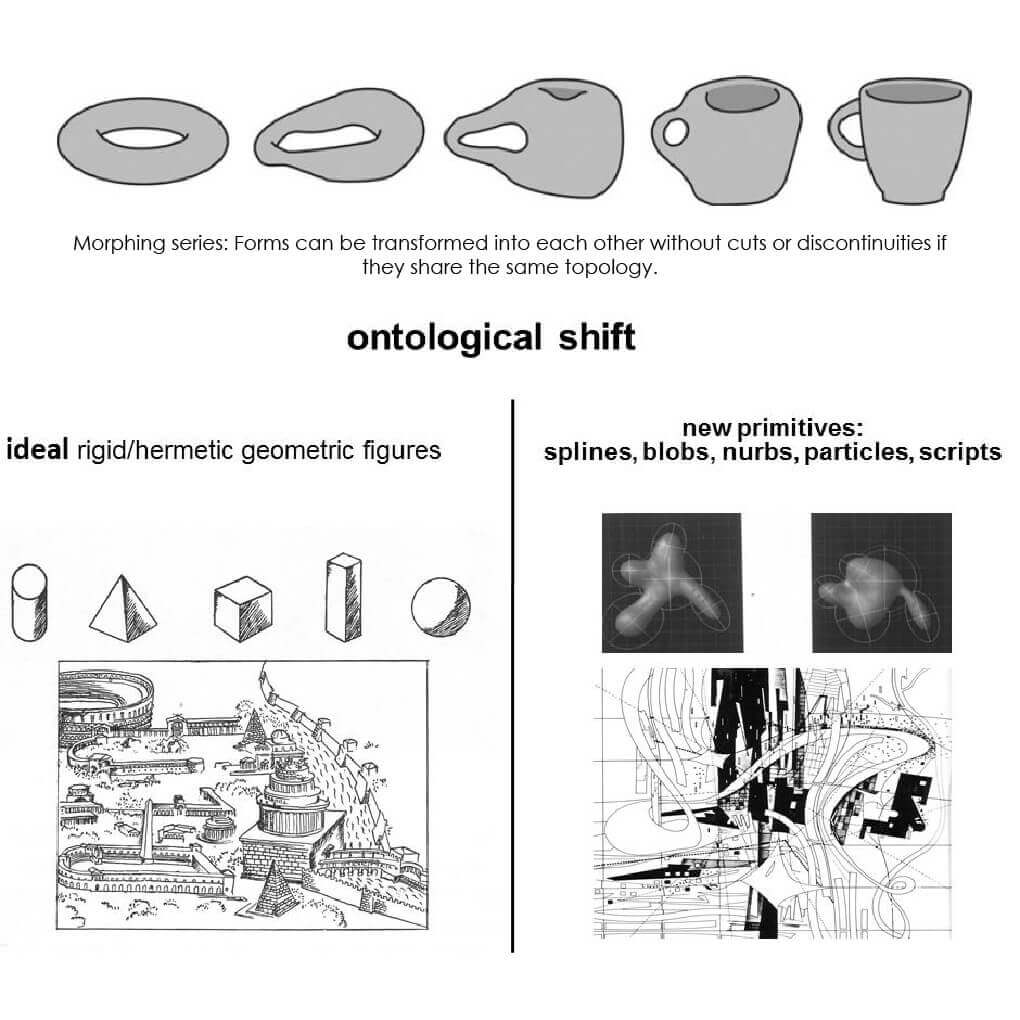 While the design of the building’s geometry, in distinction to the building’s materiality with its tactile and visualatmospheric values, does not comprise the whole of the design task, geometry is certainly centrally involved in most of architecture’s relevant design decision tasks. Starting with Alberti architectural design has indeed often been identified with geometry – the distribution of lines and angles – in contrast to the builder’s concern with material realisation. 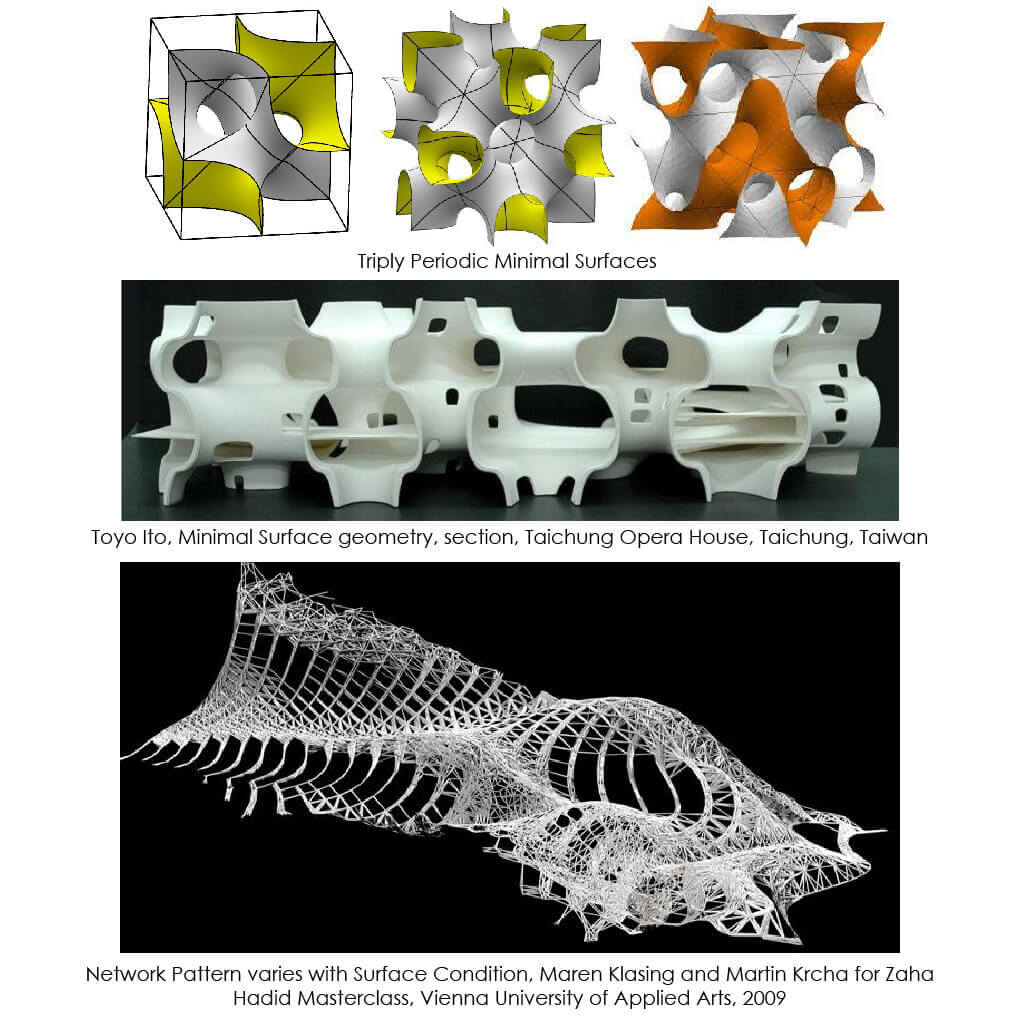 The use of geometry as such is the first stage in the story which therefore starts with ancient Egypt. The ancient Greeks achieved considerable advancement and refinement in both the science of geometry and its architectural application, but development slowed afterwards. Euclid’s Elements remained a standard up to the 19th century. 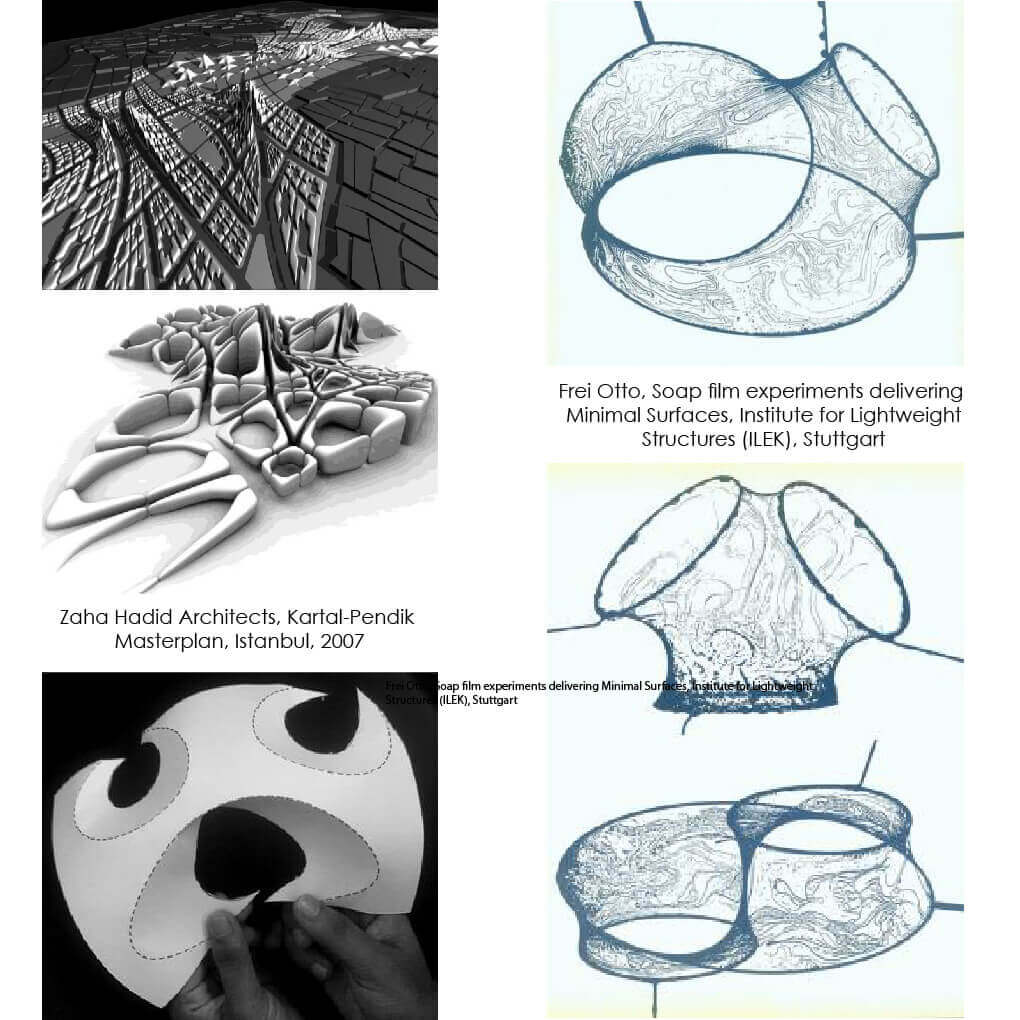 The expanded geometric ontology of Parametricism includes the new (related) geometric entities of splines, nurb surfaces, and blobs, and allows for operations like lofting (morphing) and the compositional principle of affiliative- 7 adaptive deformation. This radical ontological shift might be characterized as the shift from typology to topology.