Proceedings of the International Association for Shell and Spatial Structures (2009) 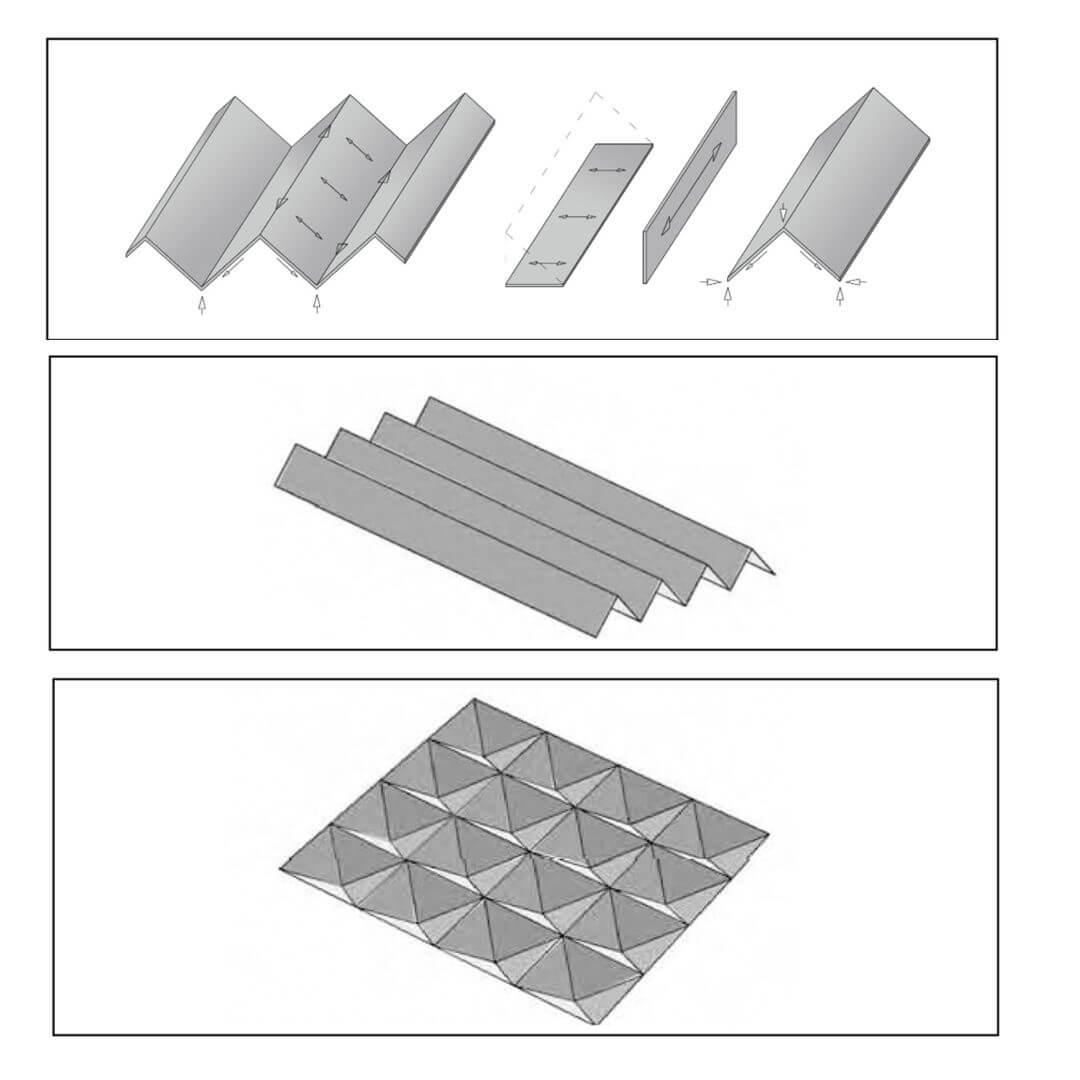 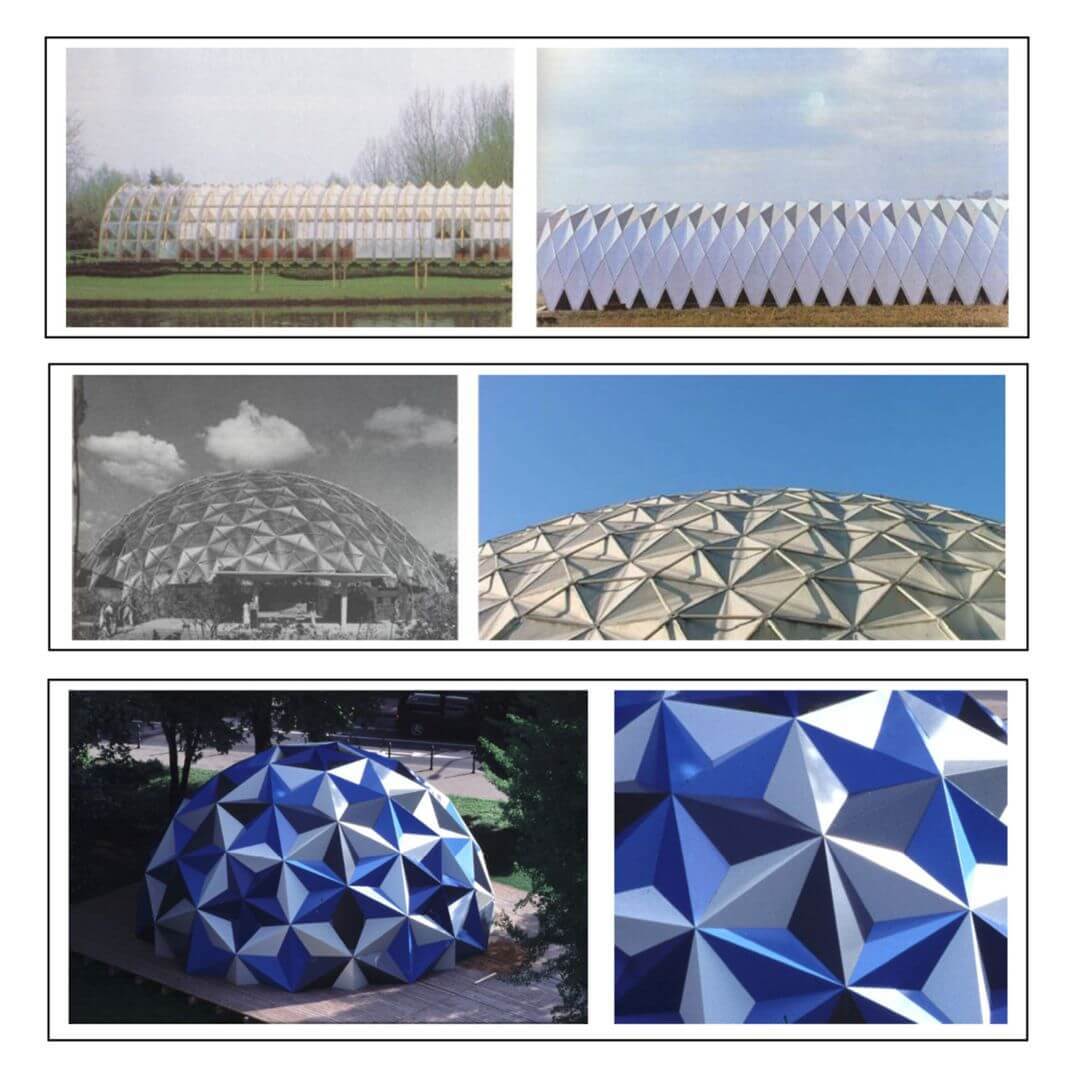 In flora and fauna, the principle of folding is often found to create widespread, structural surfaces. It generates not only a stabilisation of flat and delicate shapes, it is also necessary to exercise complex and reversible movements. 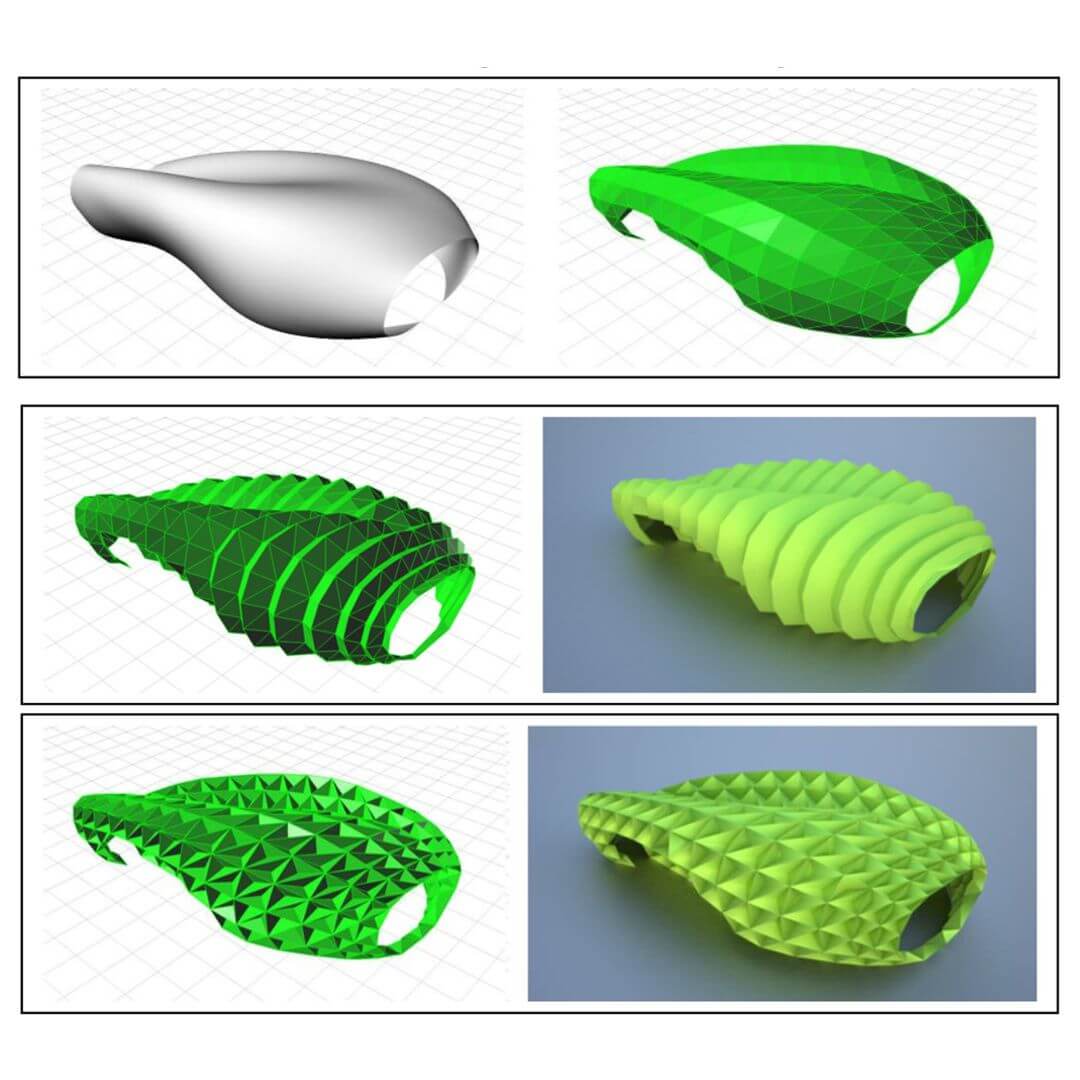 Folding systems represent one category of plane structural surfaces, alongside with plates and slabs. Their special structural behaviour is due to their structural subdivision arrangement in pairs which correlate with each other and so they are connected through a shear connection. The structural characteristics of folding structures depend on the shape of the folding (longitudinal or pyramidal), on their geometrical basic shape (plane, hoppit, cupola, free-from), on its material (concrete, timber, metal, synthetics), on the connection of the different folding planes and on the design of the bearings. The characteristics of the folding structures are interactiv related to each other.of performance-based design in early design phases, with the purpose to take better-informed decisions which would ultimately contribute to improve the energy performance of buildings.