1The Technical University of Denmark

Figure 1 Methods for model integration. The integrated dynamic model is based on the distributed model method. From Negendahl (2015).

The Technical University of Denmark has been carrying out research in the energy balance of buildings in relation to indoor climate for decades. The last two decades have seen a major role played by research in the field of Integrated Energy Design (IED) focusing on the earliest design phases.

The research has showed that the greatest effect in relation to achieving net-zero-energy buildings is achieved when indoor climate and energy simulation tools are applied from the very first architectural sketches, where geometry, façade design, orientation, etc.

are determined. Large architectural offices and engineering consultancies in Scandinavia have invested in software and interdisciplinary design teams to carry out Integrated Energy Design (IED). Legislation has been altered and simulations of indoor climate and energy balance are now required to obtain building permits. 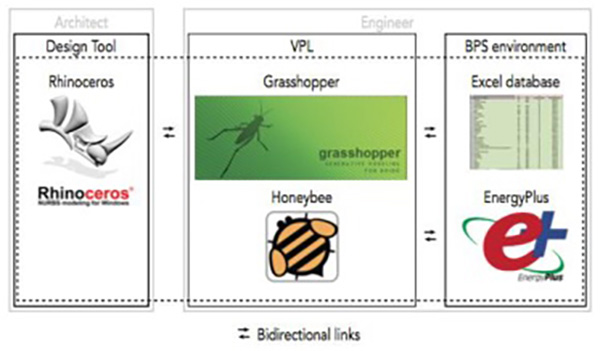 Figure 3 Framework for the proposed LCA tool. Based on the model by Negendahl (2015)

The CO2 impact of buildings has become an important parameter because sustainability certification systems like the Deutsche Gesellschaft für Nachhaltiges Bauen (DGNB) have taken the lead in Europe. The DGNB system includes Life Cycle Assessment (LCA), and the Danish government has stated that Denmark must be CO2 neutral by 2050. The focus in design is shifting from energy and indoor climate to CO2 impact.

The experience from the decades of IED shows that the largest gains in reduction come from the early design phases. LCA in relation to buildings has to include the energy needed to operate the building’s indoor climate as well as the CO2 embodied in the building.

Figure 4 The data flow of the tool. The external database contains information on all levels of the building life cycle, but the energy consumption of the building is needed for the Use module.

This makes the simulations far more complex. LCA thus tends to be placed in the last phases of design and used for certification, so that only a single iteration is needed. However, real-time LCA simulation tools are required if designers are to base design decisions not only on knowledge about indoor climate and energy balance but also on LCA.

This paper presents the efforts at DTU’s Department of Civil Engineering to develop a real-time LCA simulation tool, including indoor climate and energy balance simulation (based on Energy +) and the first round of implementing the tool at well-esteemed architectural offices in Scandinavia. The development of the real-time LCA-indoor climate- energy balance tool was funded by Nordic Built.

For decades, it has been possible to design and build net-zero-energy buildings based on the design process of Integrated Energy Design (IED). The challenge was posed to the industry by UN reports which documented that close to 40% of the energy consumption of our societies was used for operating buildings.

To meet the challenge, the building industry developed simulation/software tools with efficient interfaces with 3Dmodelling software. Research demonstrated that time spent on informing the early stage design process about indoor climate and energy performance would result in buildings with better performance.

Figure 5 Full Grasshopper interface of the LCA tool with the 8 modules. The content of the Geometry module is project-dependent.

However, IED is still not being used in all architectural studios in Scandinavia and is still considered with scepticism by parts of both the architectural and the engineering professions, while others are speeding ahead.

The question of how the IED design process can be made simpler and faster and at the same time integrate LCA information was investigated through an analysis of how a new simulation tool could address the challenge. Through an investigation of the various collaborative arrangements and levels of operator integration, a theoretical framework for the tool was identified in the ‘integrated dynamic model’.

Based on a number of sample applications, we then investigated whether the LCA tools currently available were able to deliver the necessary features. These observations set the stage for an attempt to propose a new tool specifically dedicated to supporting the early design stage within the framework of an ‘integrated dynamic model’. The tool’s potential was tested in two ‘ideal’ design situations and later compared with other commonly used LCA tools in an architectural studio.

Figure 6 Results for the DGNB, LCAbyg and IDGB (Grasshopper) tool for the 50-year GWP analysis.

Our IDGB tool proved useful in providing real-time visual feedback directly into the design process, and the case studies showed that it was flexible enough to be used both in preliminary studies of single building components and for later studies of the full building geometry.

On the other hand, the tool is far from fully developed, which restricts its usability. Comparing the tool with other LCA tools used in Scandinavian architectural studios, the results from using the IDGB tool varied from the results from the most commonly used LCA tools.