Figure 1: (a) An origami pinwheel; (b) Crease pattern of (a). Computer simulation using ORIPA: Origami Pattern Editor by Jun Mitani.

“Ruga” is a Latin word for making winkles, creases, and folds, and the word has recently been used by material scientists to describe these various qualities. 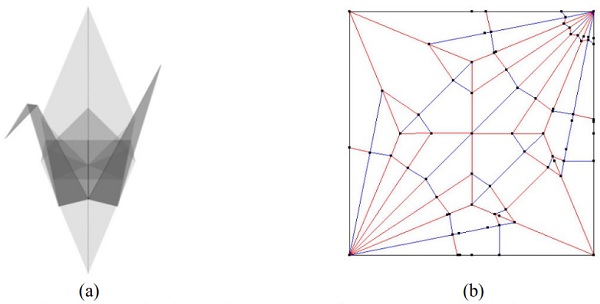 Figure 2: (a) An origami crane; (b) Crease pattern of (a). Computer simulation using ORIPA: Origami Pattern Editor by Jun Mitani.

RAS is inspired by the use of folding, namely, the art of origami, to create complex topological forms from flat thin sheet materials. Focusing specifically on the Yoshimura pattern, the RAS project explores its potential for being an architectural fabric for temporary use.

This architectural skin comes from two-dimensional sheet materials that can be pre-fabricated and assembled off-site and then shipped flat to the site, thus tremendously reducing the required amount of energy and resources in comparison to conventional structures. Once arriving on the site, it can be reconfigured to work for various spatial functions.

This paper presents the initial results of this ongoing RAS project by identifying the following: first the design considerations, tools, techniques, methods, and processes for the construction and installation of full scale mock-ups using corrugated cardboard, secondly the design requirements for the actuation system while identifying a number of potential candidates from active and passive systems, and thirdly the self-folding mechanism and related remote micro-processor control system appropriate for this application.

The findings of this study show that the design and construction of such topologies are within the purview of currently available technology.

In architectural design, skin is a familiar metaphor for building envelopes that provide flexible layers of protection and are often dependent upon rigid structural supports.

With advances in material technology and sustainable development, architectural skins are changing, creating new topological forms, providing new visual and tactile experiences, and becoming the conceptual bridge between our body and our environment. 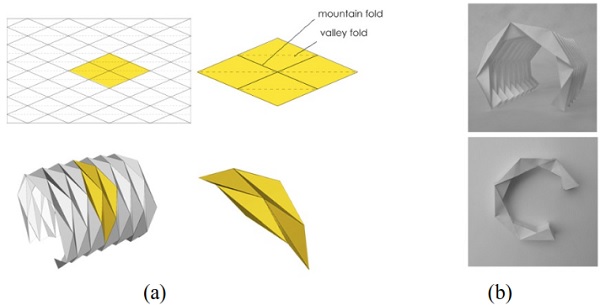 “Ruga” is a Latin word for making winkles, creases, and folds, and the word has been recently used by material scientists to describe the various physical qualities of these various folded states.

RAS is inspired by the use of folding to create complex topological forms from flat thin sheet material with simple and low cost tools. Folded forms have inherently rigid properties and at the same time are flexible.

In comparison to other fabrication techniques, folding or bending allows for complex and innovative structures formed with simple and low cost tools at the point of assembly.

From flat sheet material, folded designs can be easily deployed into a three-dimensional volume and then can be collapsed back to a two-dimensional flat shape that is much smaller for ease shipping and storage. 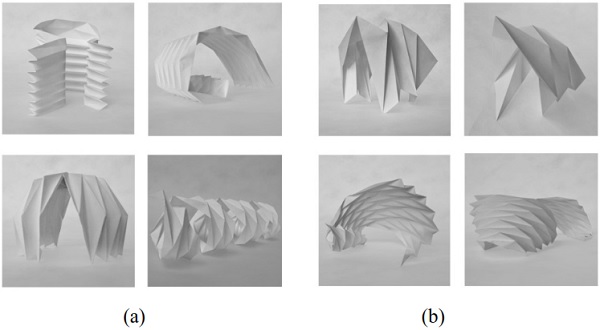 Many folded designs are inspired by origami, the Japanese art of paper folding. The original purpose of origami is to obtain various shapes, ranging from animals figures to objects, both abstract and figurative, by folding a flat sheet of uncut paper.

Constructing a three-dimensional surface from two-dimensional sheet material in origami has inspired designers and engineers to come up with novel ways to fabricate, assemble, store and morph structures that are safe, efficient and energy saving (Edwin, Hartl, Malak, and Lagoudas 2014), from collapsible medical stents for hearts (Kuribayashi et al. 2006) to airbags for cars.

In architectural design, one of the earliest examples of exploration of paper folding and topological design of architectural system was conducted by Ronald D. Resch (1973). 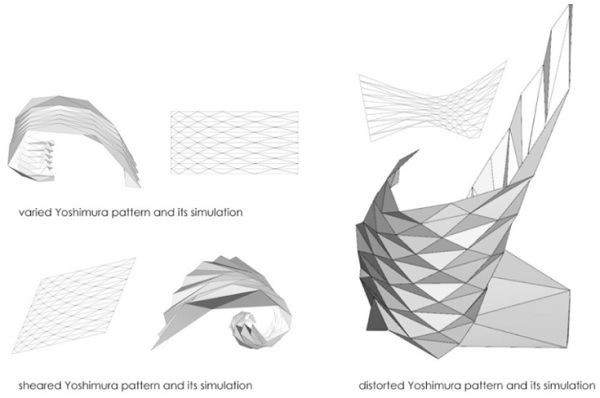 In the last two decades, folding, both as a theoretical idea and as a means for form generation in architecture, has inspired a new generation of architects and designers to create morphogenesis architectural volumes with continuous variations and interpolations that overlaps gaps and avoid fracture (Lynn 2004).

Morphological architectural structures are starting to make use of one of the main characteristics of folding design—the kinetic ability to deploy and collapse in three-dimensional space (Liapi 2002; Motro 2009).

More recently, researchers have been looking into using active materials that can convert various form of energy into mechanical work for folding to create self-folding (Edwin et al. 2014).

However, low cost architectural skins that are deployable, configurable and that are in large scales, continue to be very challenging for architects and designers. 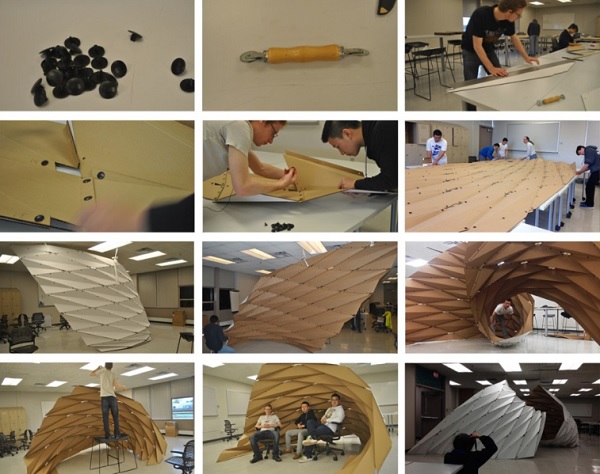 Figure 9. The making of a 1:1 scale RAS in corrugated cardboard.

This architectural skin comes from two-dimensional sheet materials that can be prefabricated off-site and then shipped flat to the site, thus tremendously reducing the required amount of energy and resources in comparison to conventional structures.

Once arriving on the site, it can be self-assembled or self-folded, suspended and reconfigured differently into various semi-structural surfaces.

Although this architectural skin has roots in a paper folding art form, it proposes not only to significantly advance the technology of the art form, but also to transform this technology to the self-assembling structures that can potentially shift the paradigm in building temporary architecture.

This paper starts with a discussion of the application of origami in self-assemble and deployable architectural topologies.