The use of digital tools in the early, creative design process is the focus of an interdisciplinary teaching and research project. Starting from the question of how a seamless connection between physical and digital tools could be made possible, the proposed method tries to bridge the gap between both methodologies and provide intuitive, visual and collaborative design coupled with advanced, real time computer simulations.

A design platform has been developed which supports a seamless connection between freely shaped physical models, GIS data and Grasshopper3D. The environment combines the reconstructed physical models with the digital one (surrounding buildings) and passes the information to a custom Grasshopper3D plug-in which serves as a link to existing and custom developed simulative tools. All simulations are performed and visualized in real time to support the intuitive and iterative design process. 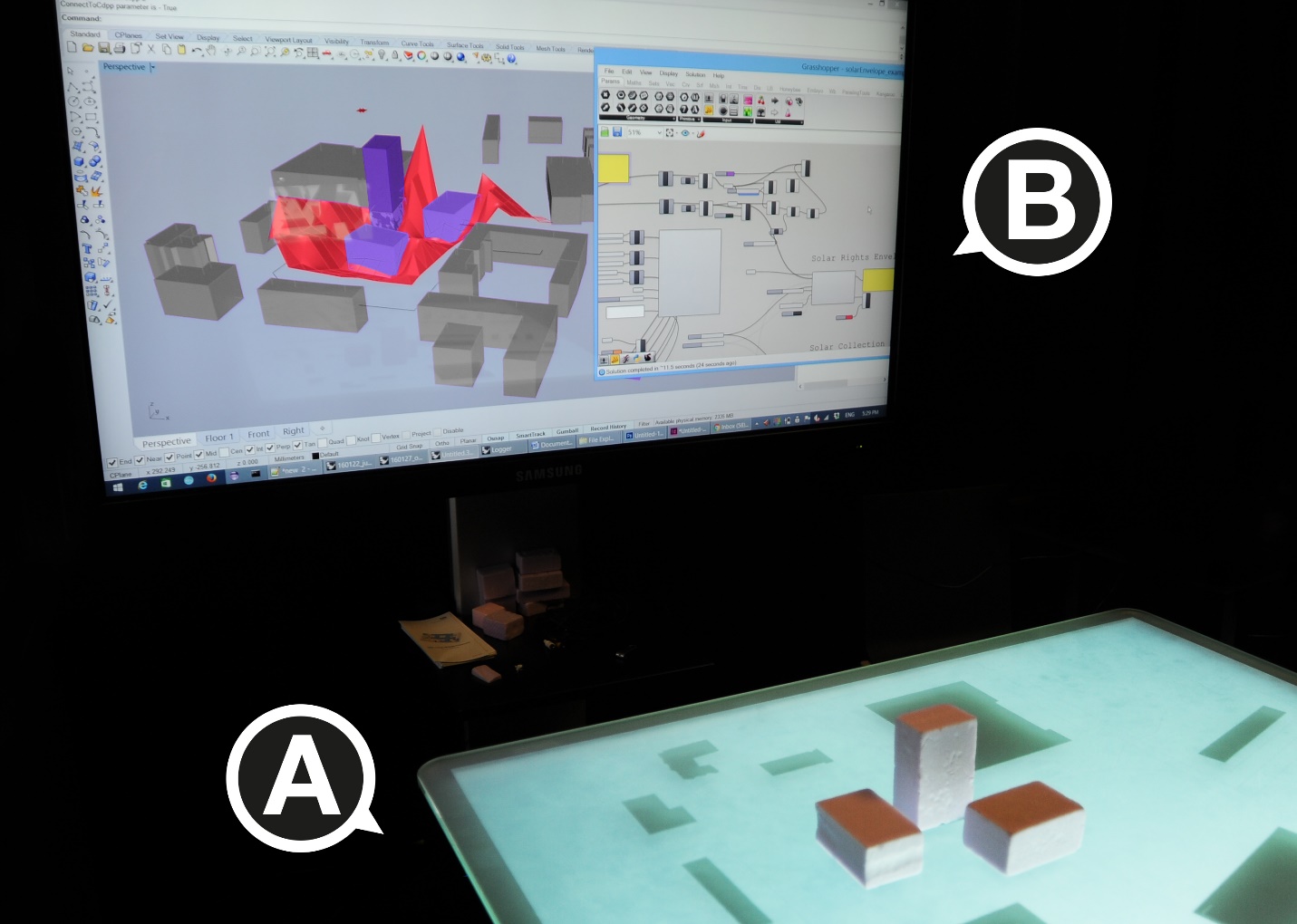 Physical models have always played a central role throughout the design process for architects and urban planners. Such models help in analyzing and understanding the context, intuitively convey design ideas and work collaboratively.

In the last few decades and with the popularization and enhancements in the field of computation, computer tools became prominent in the field of architecture, first mainly as tools to enhance efficiency and produce technical drawings, but in recent years also as decision support tools in a variety of fields such as climate, construction and mobility.

As these tools grew to be more advanced they usually also grew in complexity, often resulting in a less intuitive process and requiring a long time to master. Such advantages and limitations have been discussed in previous studies. 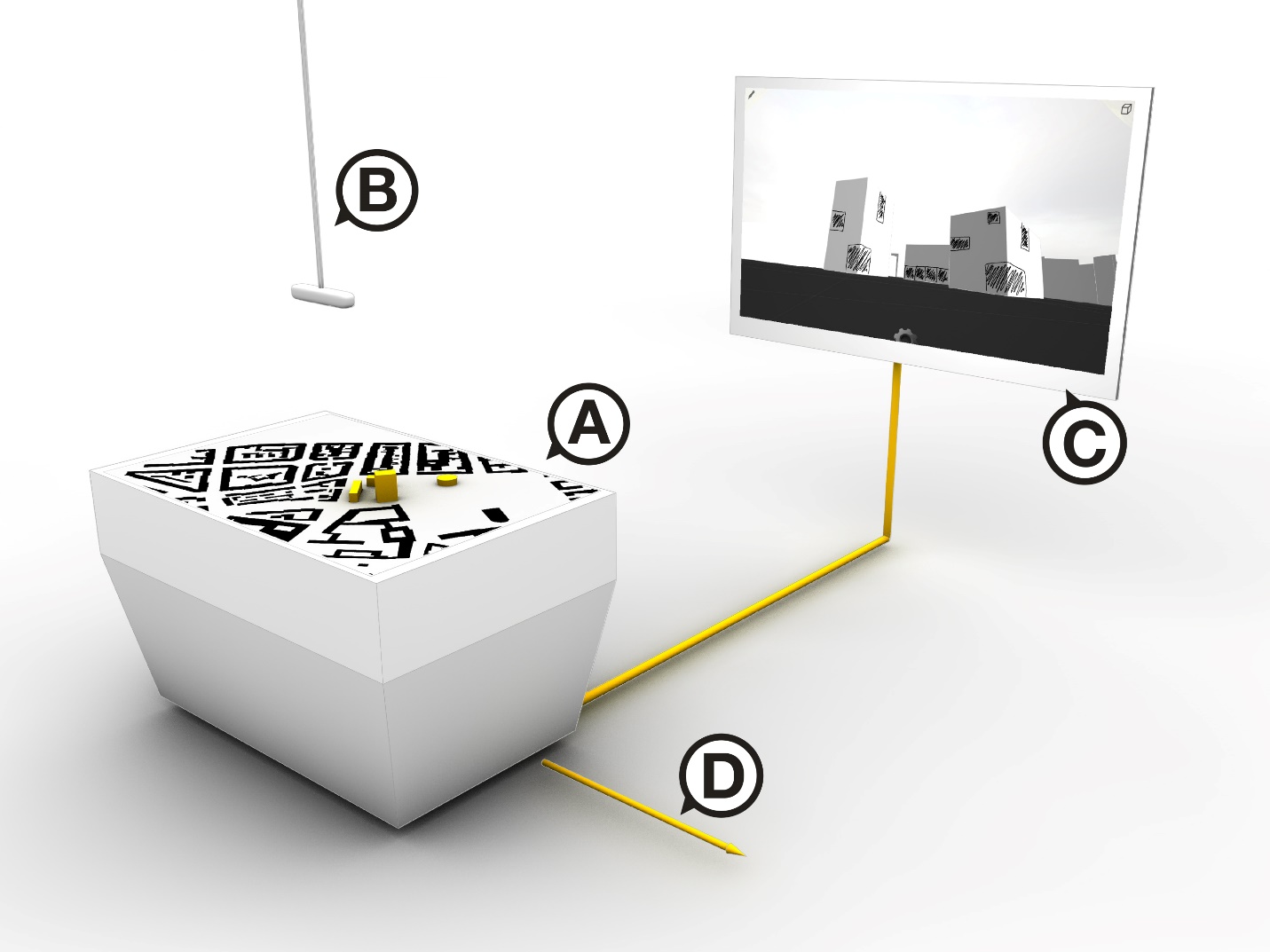 The proposed method tries to bridge the gap between the physical and digital design methodologies and provide intuitive, visual and collaborative design coupled with advanced, real time computer simulations. A physical design platform has been developed which supports a seamless connection between freely shaped physical models, GIS data and Grasshopper3D.

The environment combines the reconstructed physical models with the digital one and passes the information to a custom Grasshopper3D plug-in which serves as a link to existing and custom developed simulative tools. All simulations are performed and visualized in real time to support the intuitive and iterative design process.

As buildings grow in complexity and include an expanding number of building related professions, so does the need for better tools to improve communication and collaboration between those teams (Kalay et al. 1998). While much of the research focused on attempts to facilitate purely digital collaboration by developing custom Information communication technology and software as described in the literary study conducted by Rahmawati et al. (2013), a second, more physical approach advocating for end users collaborating around a table has also been explored. 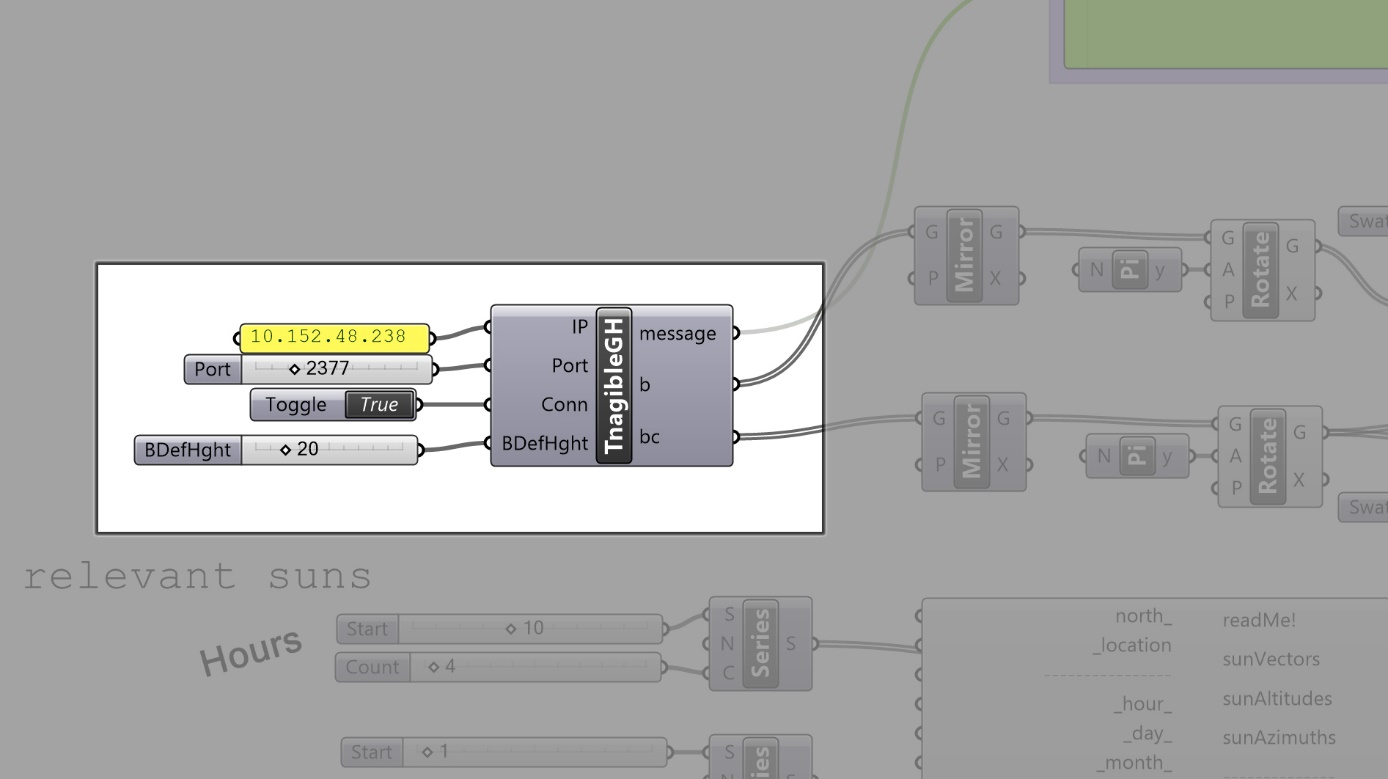 Figure 4: The Custom Grasshopper3D plugin, receiving and reconstructing 3D information over TCP/UDP in real time , making it available for further manipulations in Grasshopper and in Rhino.

URP (Underkoffler and Ishii 1999) is a system for urban planning which runs simulations on physical architectural models placed on a table surface, including visualizing shade for any time of day, throwing reflections off glass facade surfaces and visualizing 2D windflow. BUILD-IT (Fjeld et al. 2002) an augmented reality (AR) system, loads digital 3D models and allows users to select and manipulate them by moving physical specialized bricks which are used as interaction handlers.

The technological basis for the designed development platform is a large-format multi-touch table with an integrated digital 3D object reconstruction fun realtime realized with the help of a 3D depth camera on top.

Using semantic GIS data as its basis, a digital plan is displayed on the surface of the table at a scale of 1:500. Physical objects forming design variants can be placed on the multi-touch table and a digital counterpart of them will be created automatically in real-time – without the use of markers or any other similar predefined methods. Both the digital plan of the surroundings, as well as the reconstructed shapes of the physical 3D objects can be seen in a perspective view on another, vertical mounted touchscree. 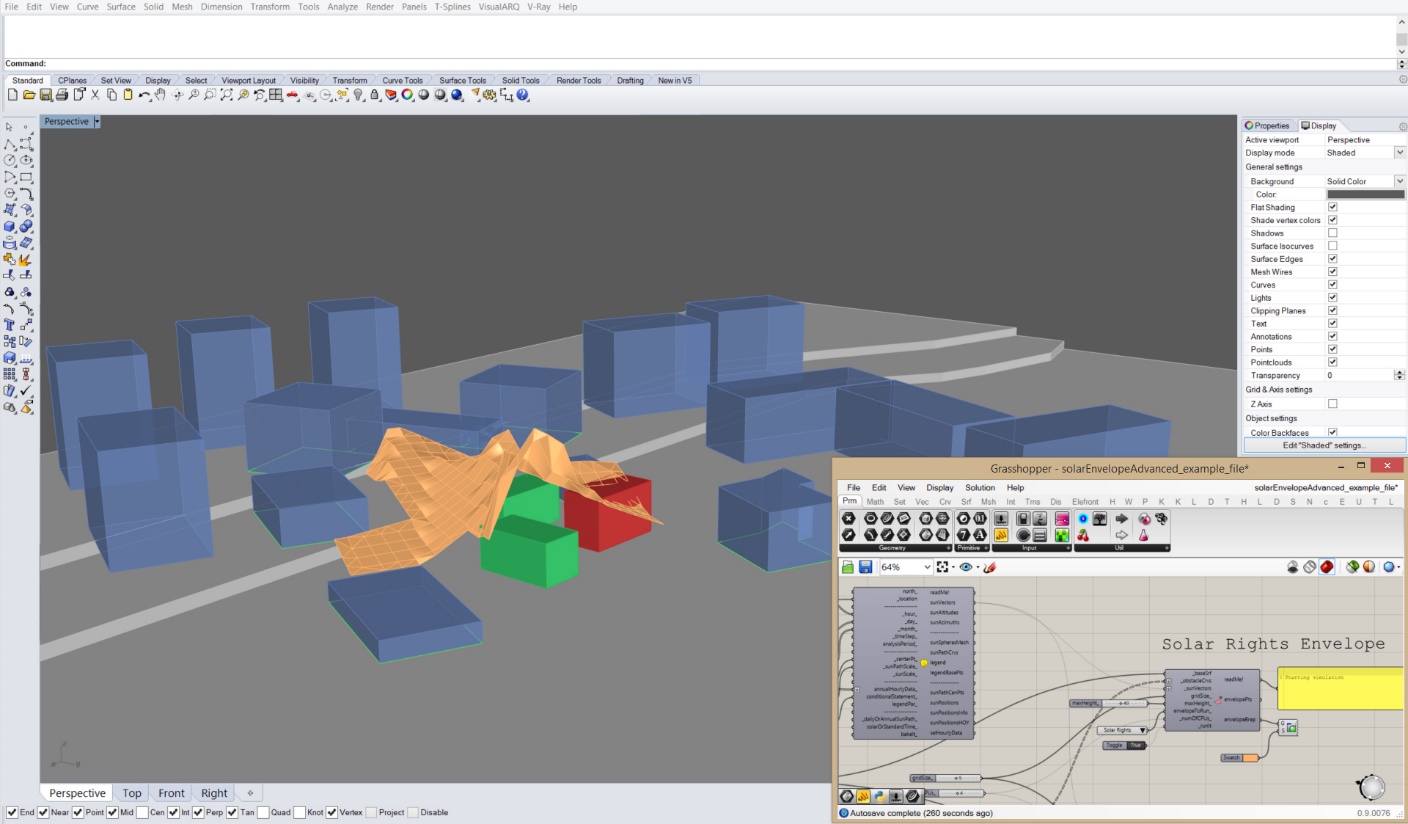 Figure 5: A custom Solar rights envelope simulation component in Grasshopper showing an urban context and a 3D polysurface representing maximum heights which new development should not exceed in order to not block direct sun access.

The prototype presented in this paper allows for direct control of digital geometry in Grasshopper 3D using tangible interfaces. Due to the seamless connection of physical models and digital content, physical models of urban design strategies can be analyzed directly in Grasshopper. One of the notable advantages of the proposed method relates to the tangibles, serving not only as placeholders in a Grasshopper and a Rhino scene, but are free form physical objects which are digitally reconstructed and allow for further analysis and simulation tools from Grasshopper to be directly used in a physical model.

In addition parametric relationships can be programmed in grasshopper and be controlled by the tangible interfaces. One of the challenges at the moment concerns the high computation time of some analyzes. Furthermore, in order to accurately conduct some of the mentioned simulations, more detailed information which is usually not known during the early design stages must be supplied. Besides urban scenarios other forms of usage for parametric design in Grasshopper are conceivable, as any form of placed objects on the table can be used directly as a starting point for digital manipulations.