The Airshell prototype: a timber gridshell erected through a pneumatic formwork

3Faculty of Architecture, Building and Planning, University of Melbourne

This paper presents the construction of Airshell, a small timber gridshell prototype erected by employing a pneumatic formwork.

Inspired by the work of Frei Otto and Dante Bini, the technique is based on a pneumatic membrane and an Arduino® board – the former used as dynamic formwork and the latter to monitor both the structure height and the membrane pressure throughout the process. 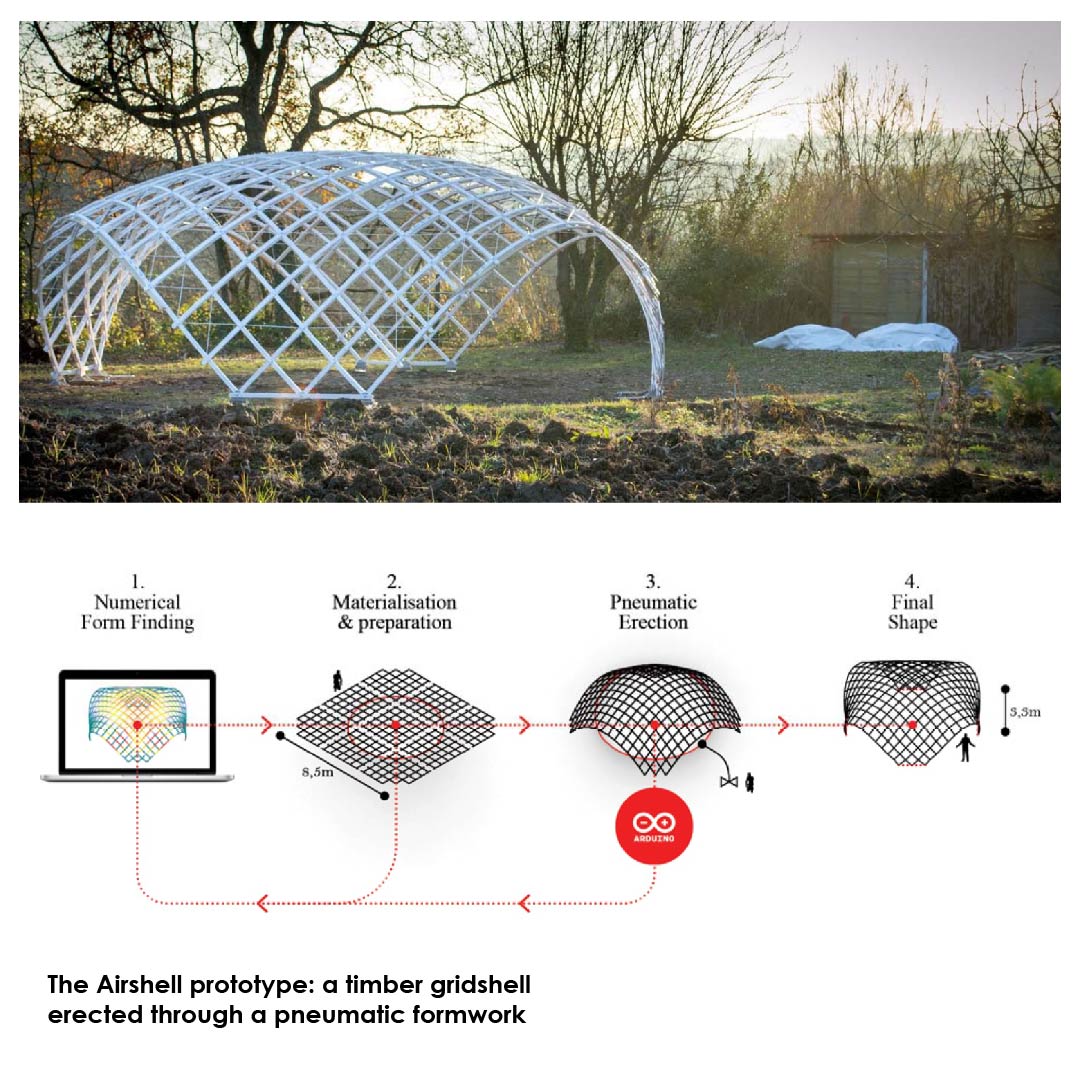 The prototype was erected in Pesaro, Italy, in December 2016; the design replicates a gridshell built in Lecce in 2009 by the Italian company Gridshell.it, which was built through a more conventional pushup technique.

A comparison between the two erection methods is therefore proposed in terms of construction speed and accuracy/precision of the built form. 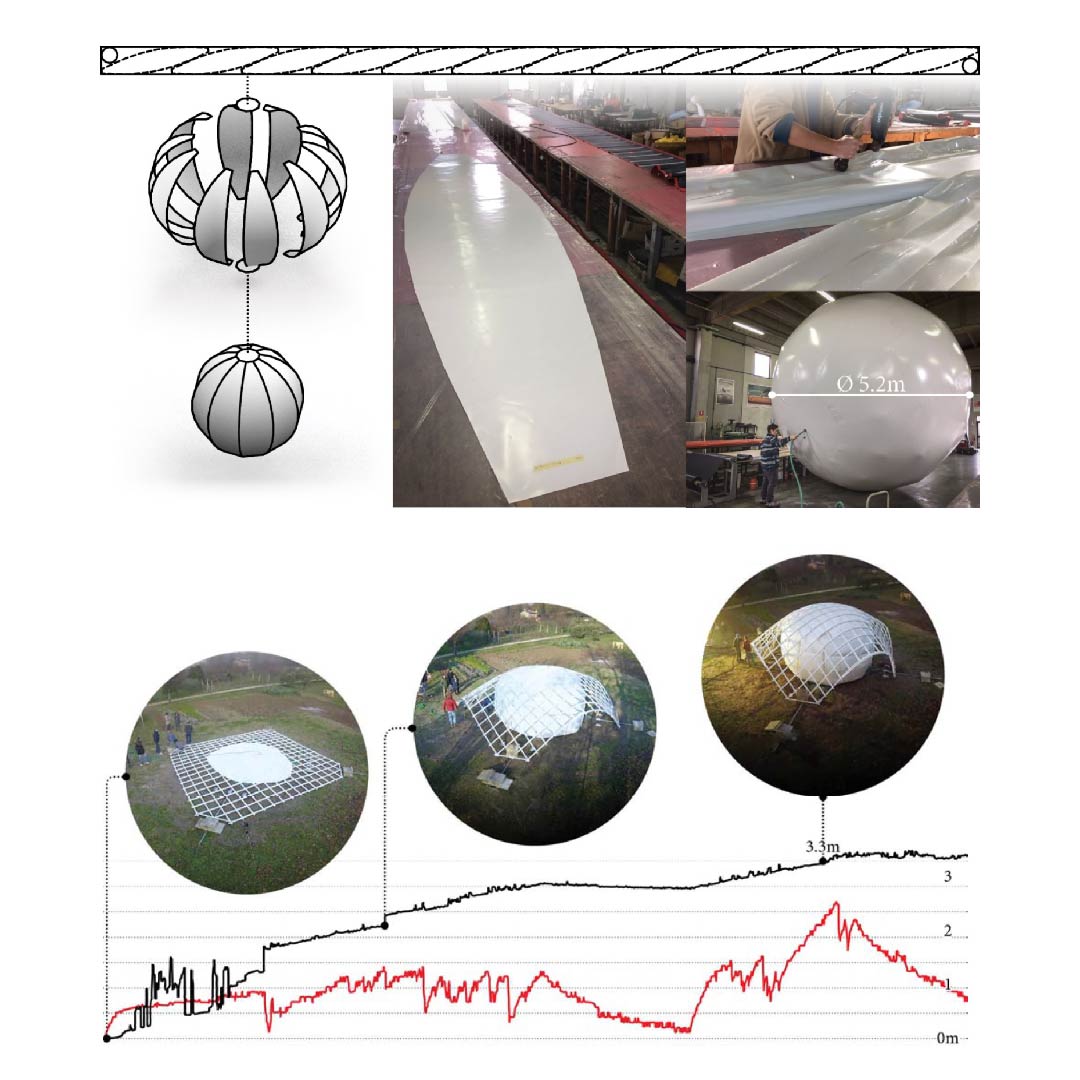 Design and technological aspects, as well as time frame and budget of the proposed construction technique are detailed within the text.

The paper also discusses the relationship between the digital simulation of the erection process, which was already formulated by Liuti et al. in 2015, and the actual results achieved.

In shell and gridshell architecture, analytical surfaces, as well as reverse hanging models and other form-finding methods have been used for decades, if not centuries, as the main driver of the design process.

However, although the structural forms that result from these methods are intrinsically faithful to the nature – and behaviour – of construction materials, they do not necessarily translate into built forms straightforwardly or in a rational way. 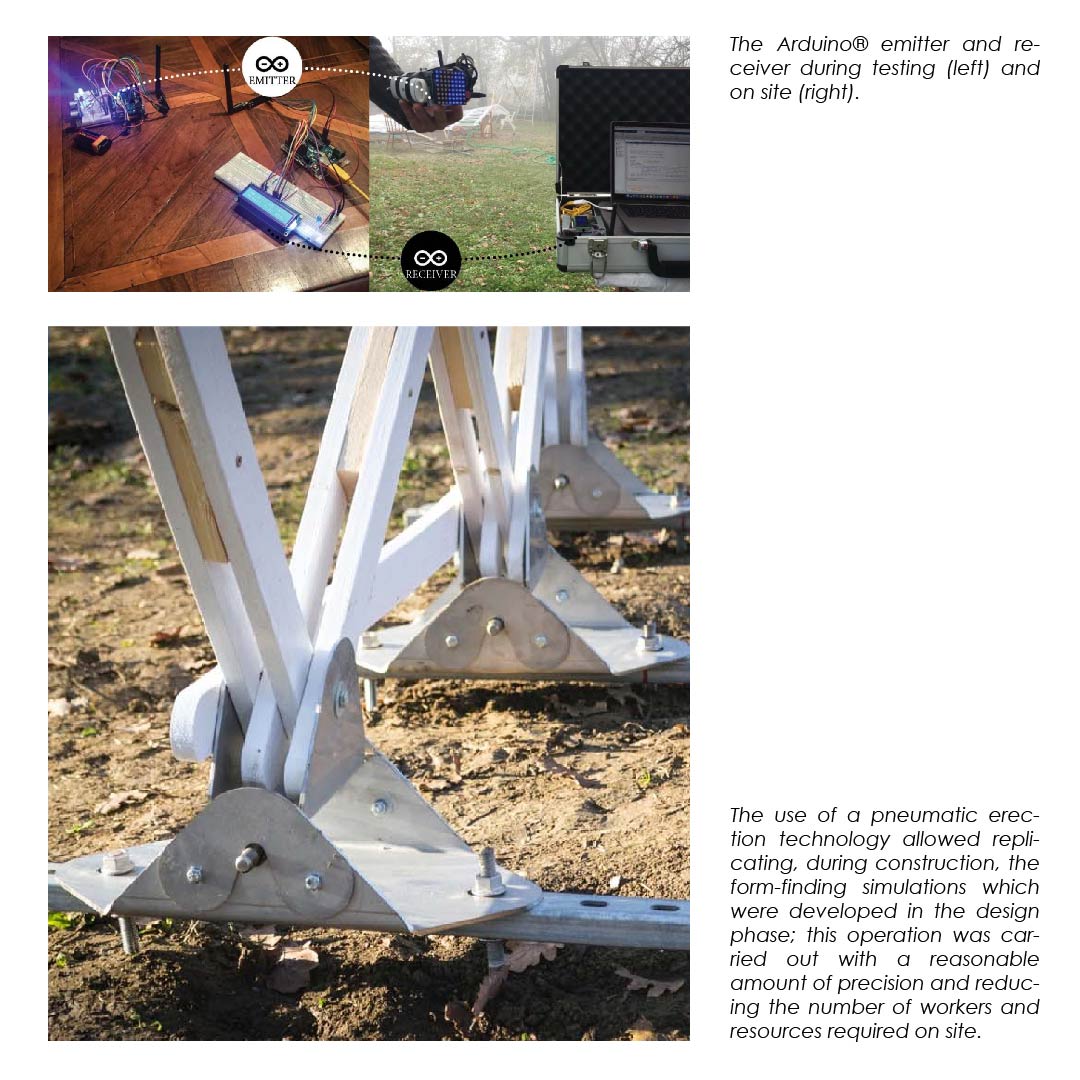 The overall design of Airshell replicates the geometry of an existing timber gridshell, called Woodome1, which was designed and built in Lecce in 2009 by Gridshell.it. This structure measured 7.5m x 7.5m x 3.3m and was erected through a “push-up” method consisting of props and ropes – eventually braced by a double set of steel cables.

The flat grid of orthogonal laths was assembled on site from nine macro-moduli, made of four layers of timber, two per each direction. These layers were connected with M6 zinc-plated bolts, so to realise hinged connections. The gridshell edges were constrained using soil-filled 0.5m x 1.4m flowerpots. 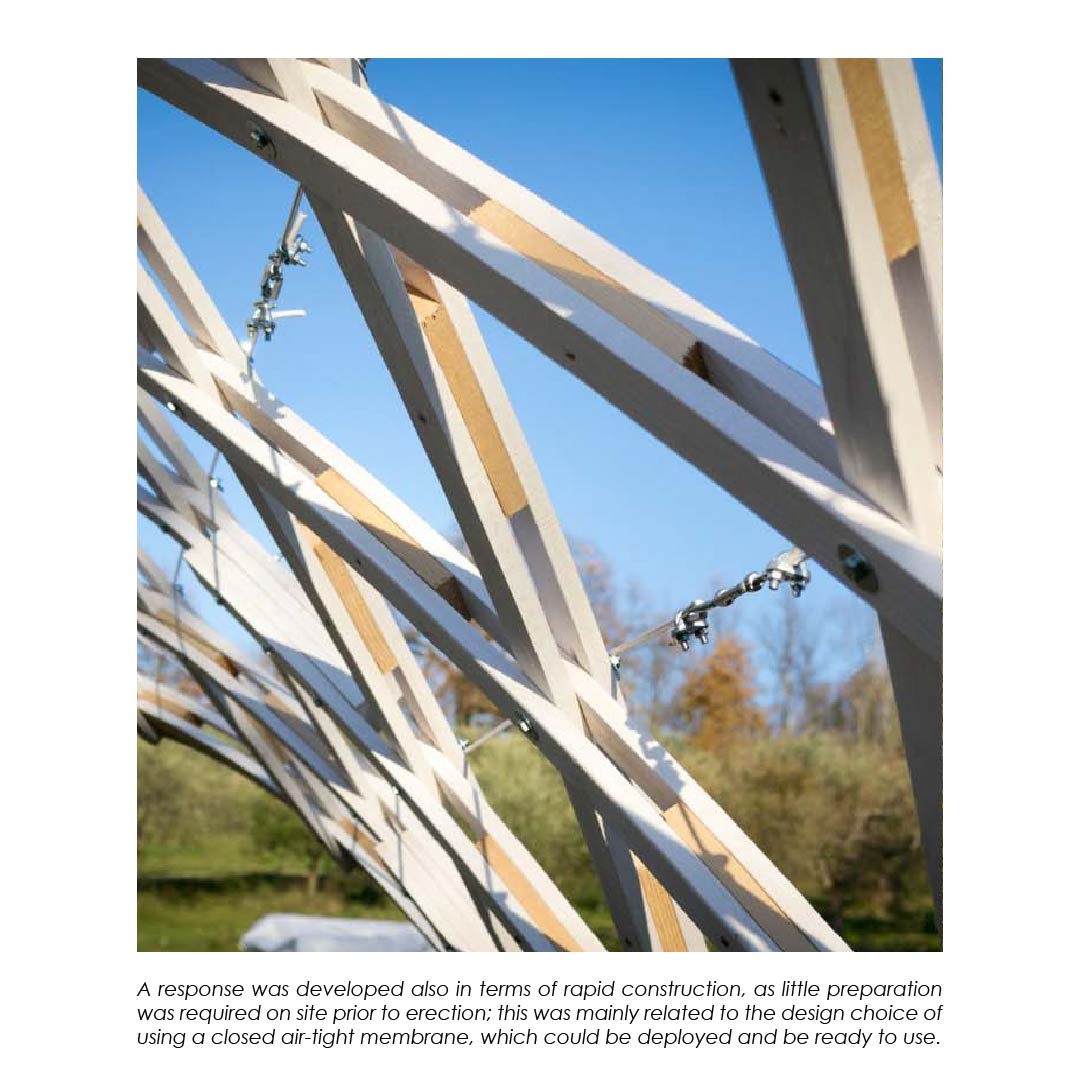 The use of a pneumatic erection technology allowed replicating, during construction, the form-finding simulations which were developed in the design phase; this operation was carried out with a reasonable amount of precision and reducing the number of workers and resources required on site.

A response was developed also in terms of rapid construction, as little preparation was required on site prior to erection; this was mainly related to the design choice of using a closed air-tight membrane, which could be deployed and be ready to use.

Differently from the Binishell system, in which a foundation concrete edge ring was necessary to perform the erection, this system could more flexibly adapt to conditions where site preparation is unfeasible.