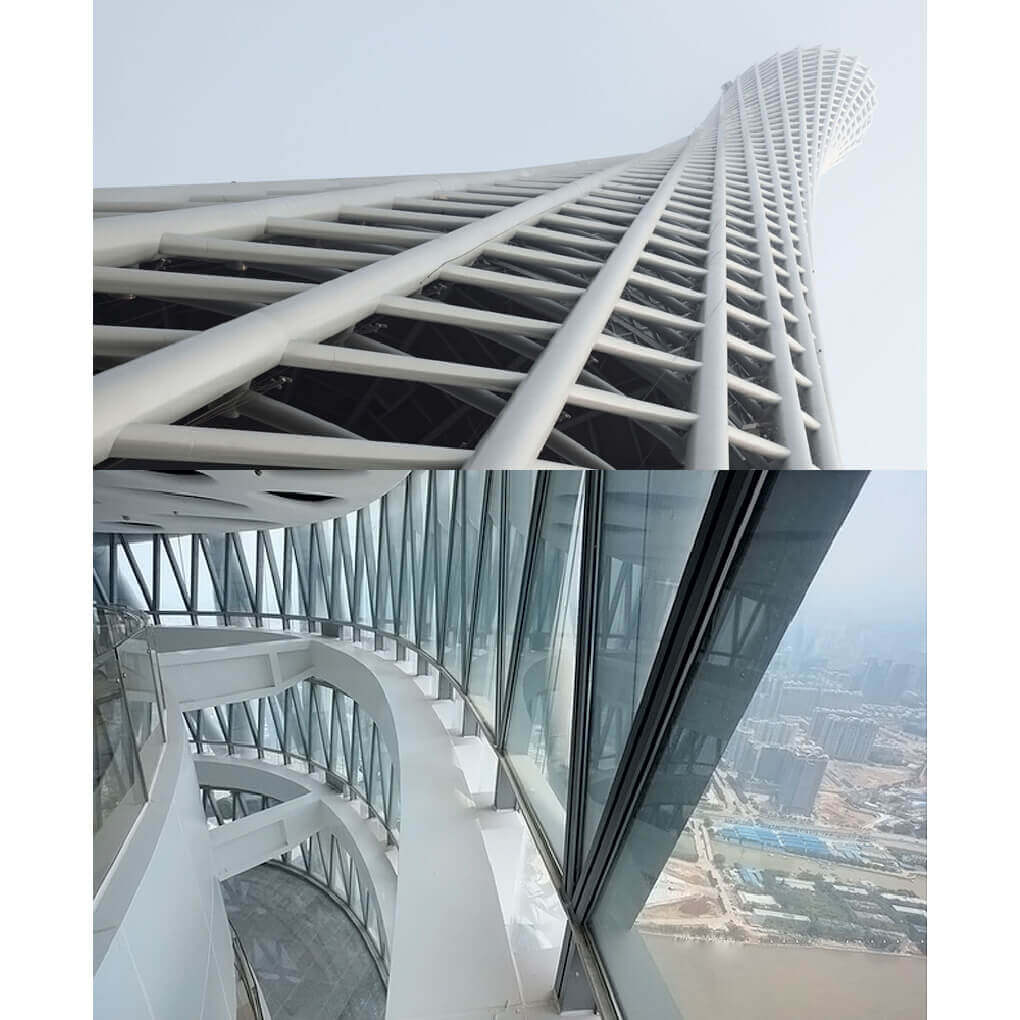 Mark Hemel, IBA architect and director, comments, “ Where most skyscrapers bear ‘male’ features; being introvert, strong, straight, rectangular, and based on repetition, we wanted to create a ‘female’ tower, being complex, transparent, curvy, gracious and sexy. Our aim was to design a free-form tower with a rich and human-like identity that would represent Guangzhou as a dynamic and exciting city.” The result is a tower, very slender and tall, that bears similarities with the figure of a female, the very reason that earned the nickname: ‘super-model‘.” 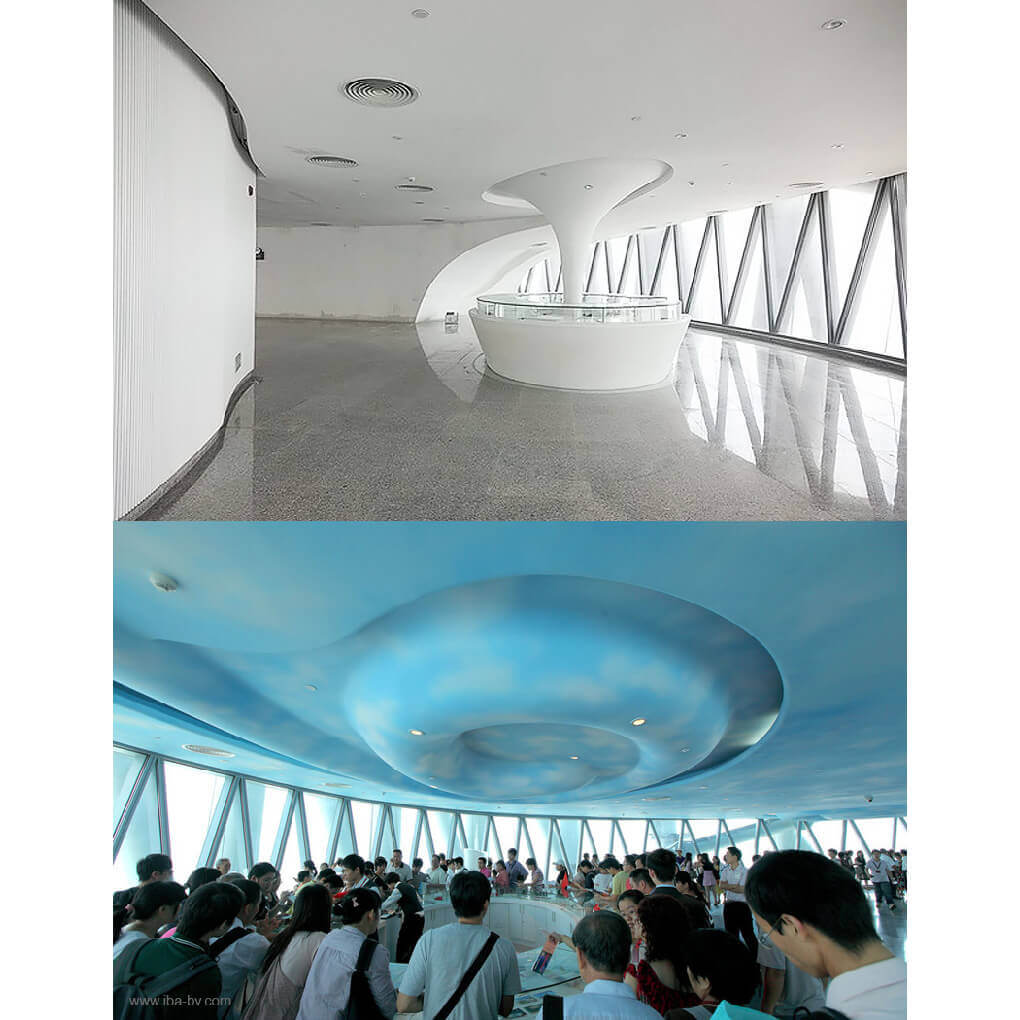 The idea of the tower is simple. The form, volume and structure is generated by two ellipses, one at foundation level and the other at a horizontal plane at 450 metres. These two ellipses are rotated relative to another. The tightening caused by the rotation between the two ellipses forms a ‘waist’ and a densification of material. 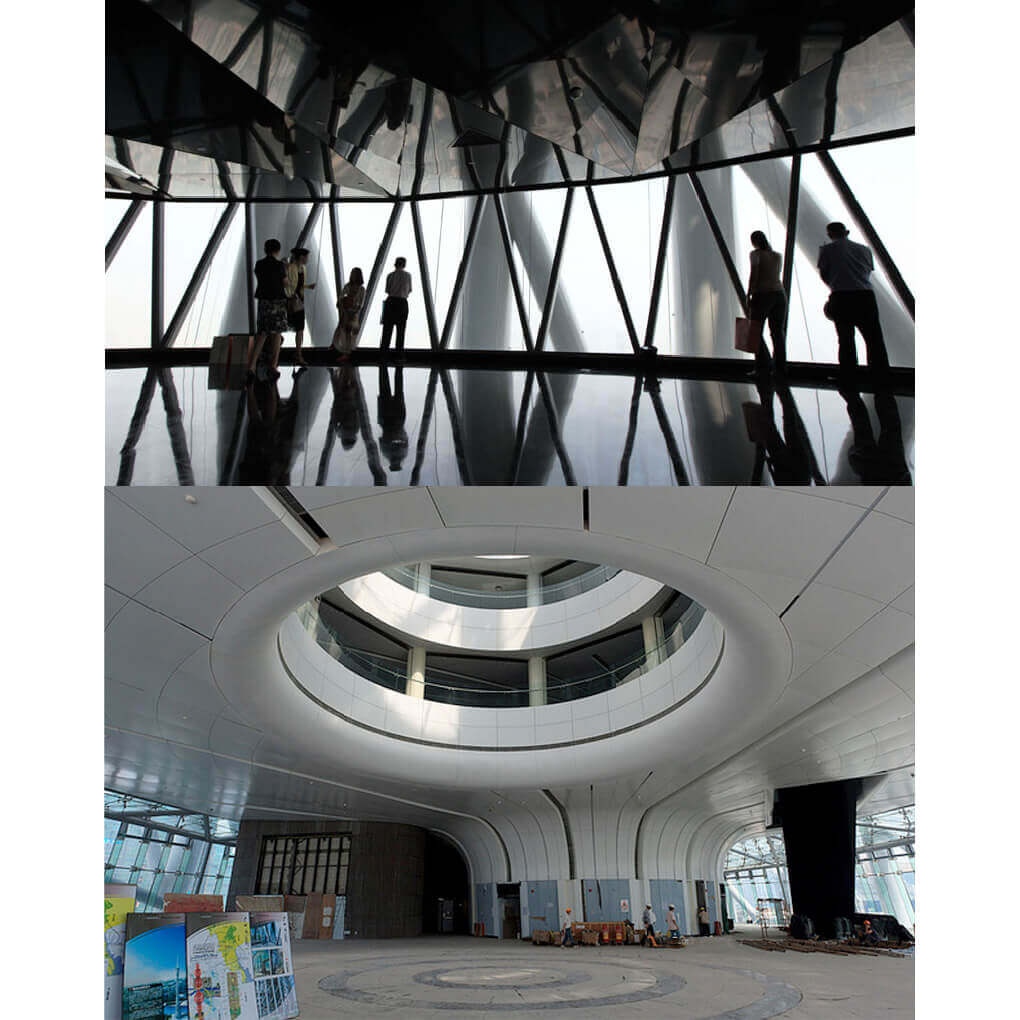 The structure consist of a open lattice-structure, built up from 1100 nodes and the same amount of connecting ring- and bracing pieces. Basically the tower can be seen as a giant 3 dimensional puzzle of which all 3300 pieces are totally unique. Architect Mark Hemel comments: “Recent State of the Art fabrication and computerized analysis techniques allow designers to create much more complex structures then ever before.