1University of Bath and Ramboll Uk

This paper describes the work of Ramboll Computational Design during the design and construction of the Ongreening Pavilion timber gridshell. 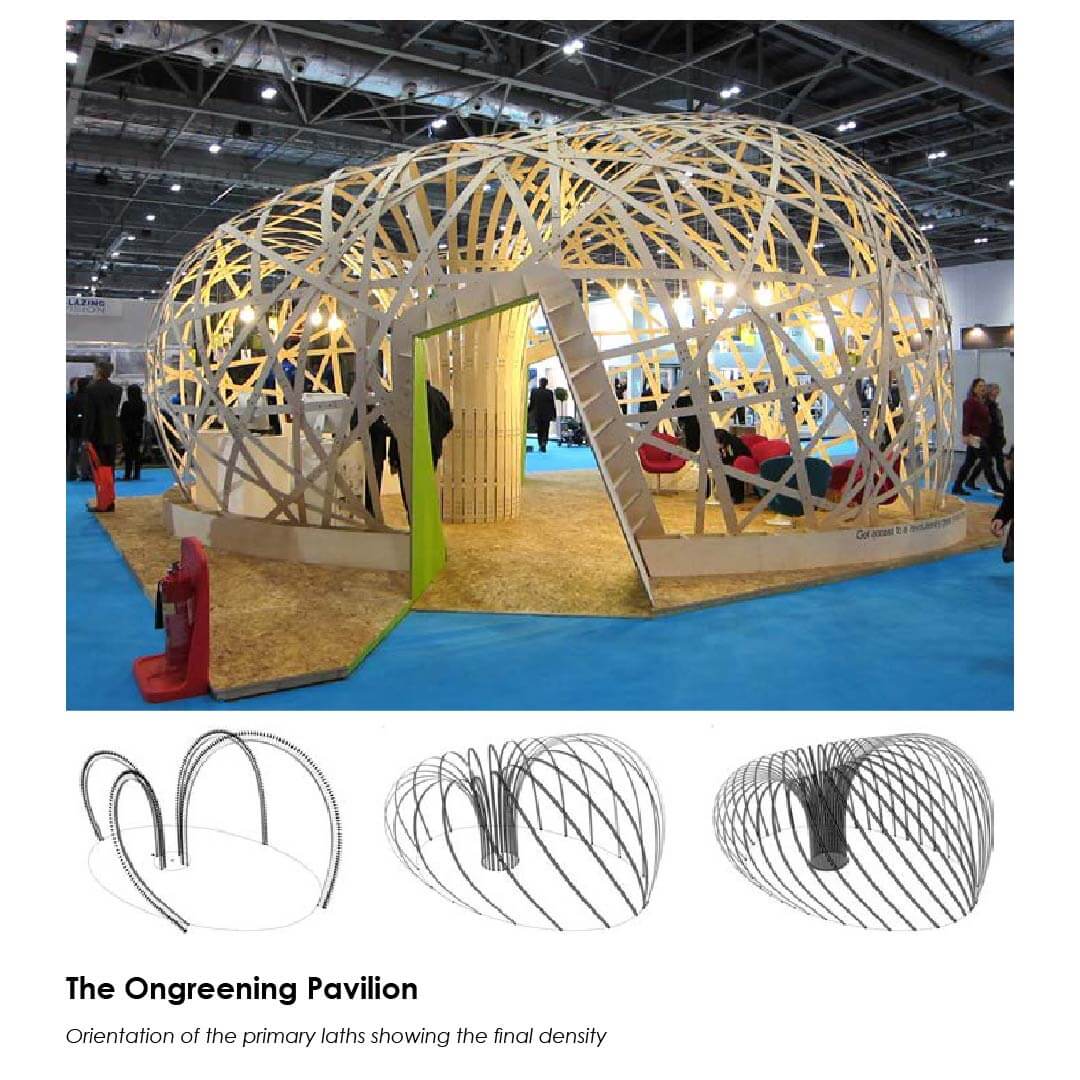 Due to the random nature of the final lath topology, the resulting structure was extremely stiff in spite of its low material weight, acting similarly to a continuous monocoque. The fully demountable shell was first erected at Ecobuild 2014 in London. 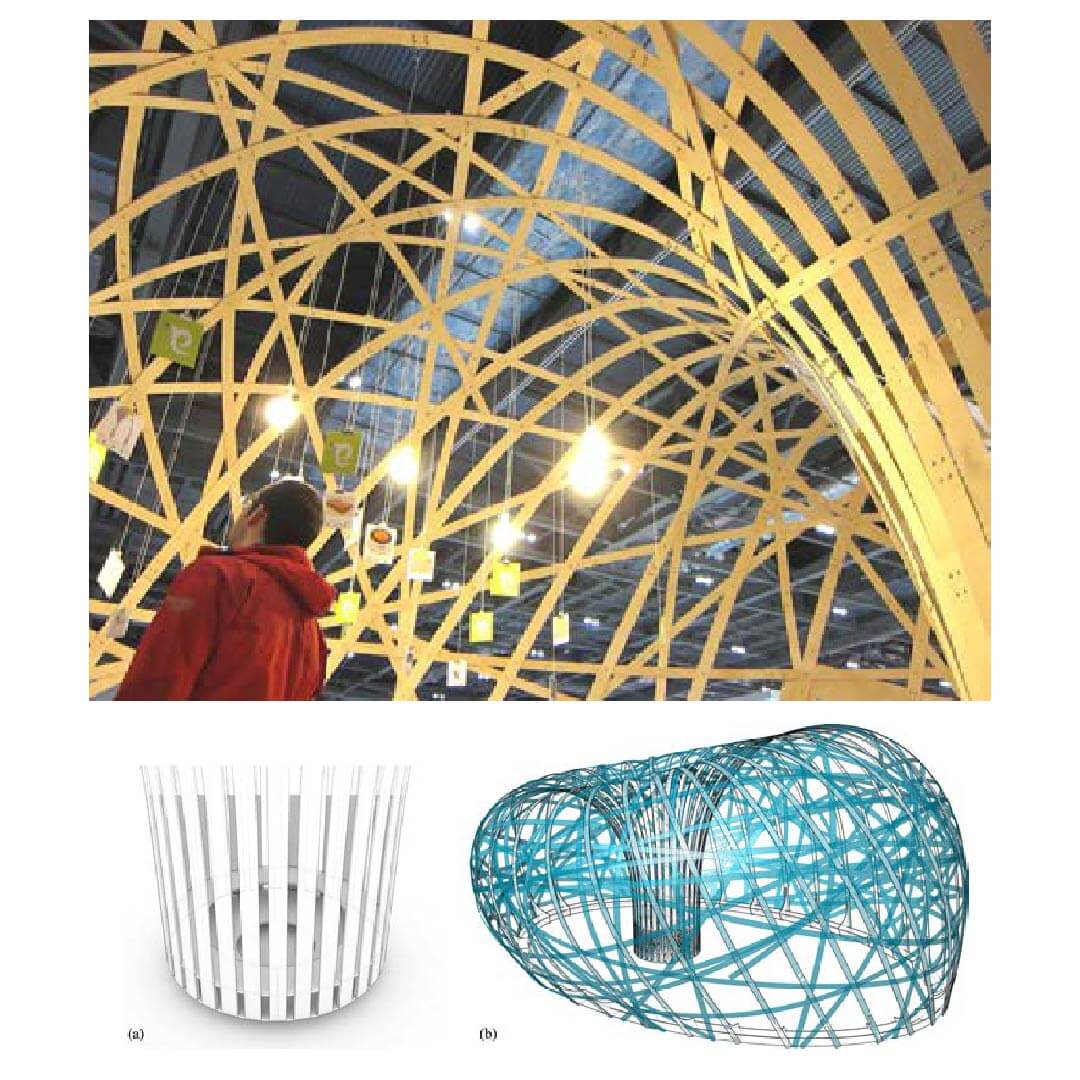 Bending active gridshells often have a rotationally symmetry cross-section, so that any torsion in the member does not effect the orientation of the connection details at member intersections.

For example, the Faraday Pavilion was constructed using fibre reinforced polymer tubes. For The Ongreeening Pavilion however, flat timber laths were proposed with a particular grain direction, thus adding an additional design constraint. 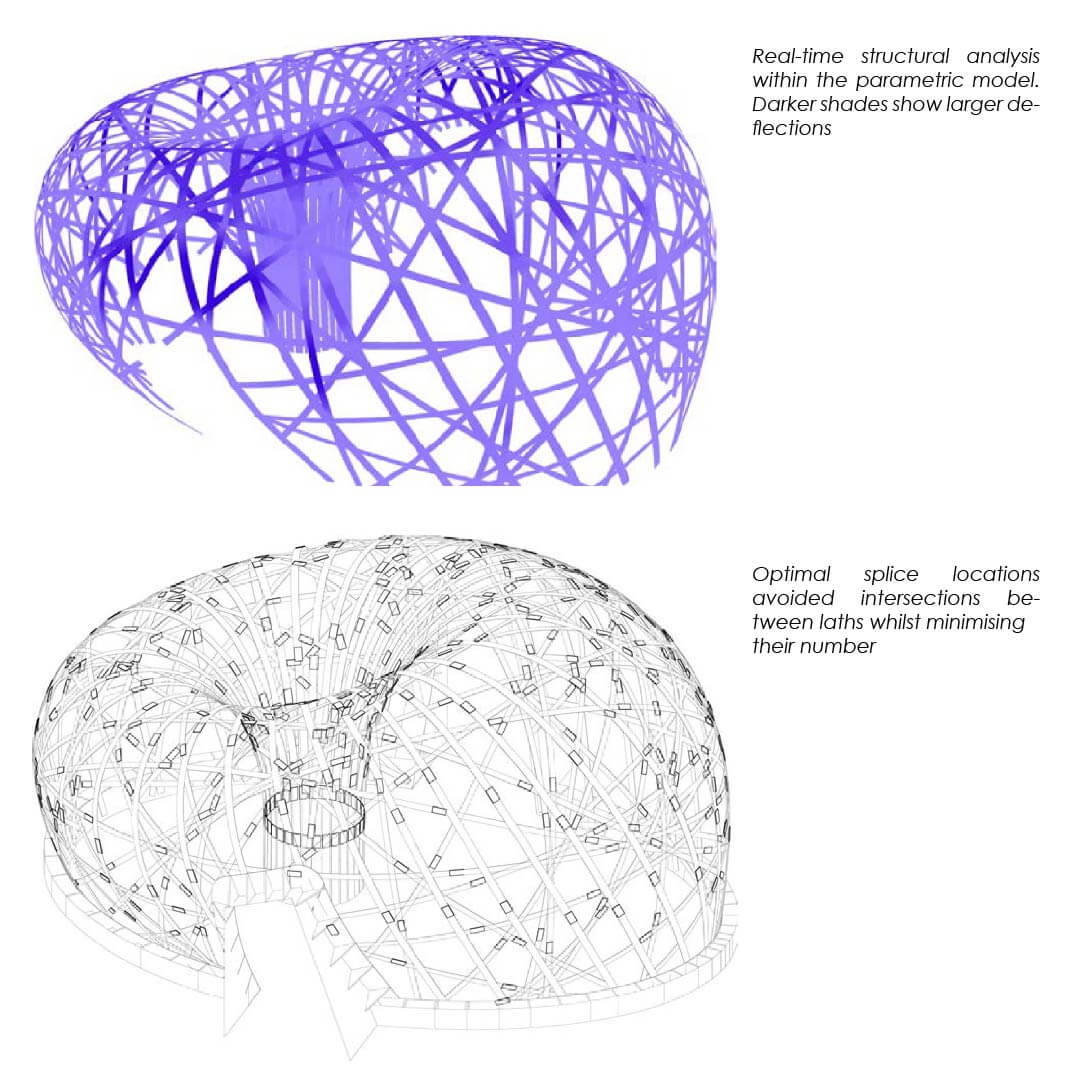 This first involved the form-finding of planar curves that defined a freeform surface. This surface was then used to derive a set of primary laths based on geodesic lines. Secondary elements were then woven around these primaries, again by generating geodesics this time from a more random set of seed points that were refined manually.

Finally, splice points along the laths were located, with the final geometry then exported for detailed design. 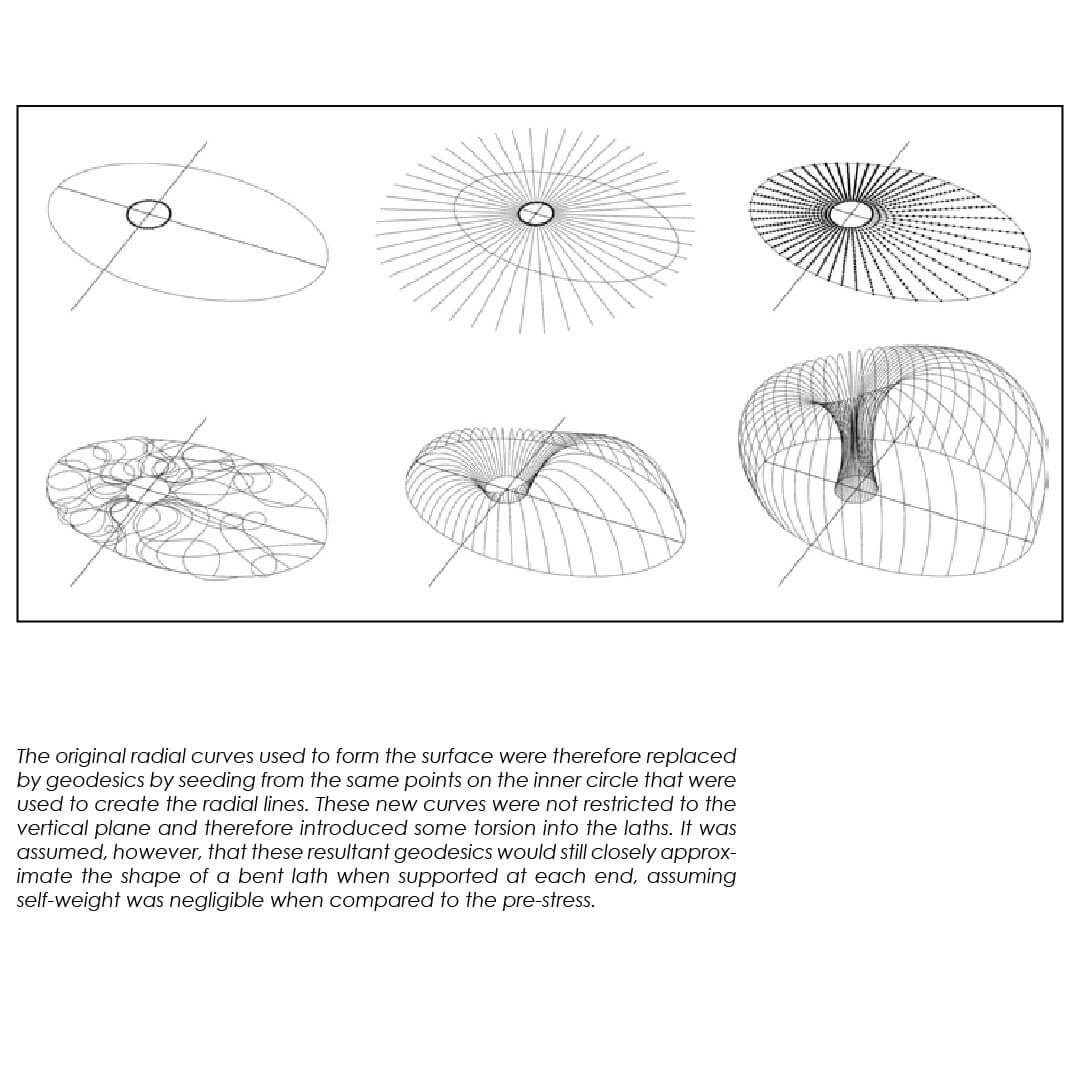 Following an initial placement of the laths, manual adjustments were made based on feedback from Karamba3d. By using real-time analysis within Grasshopper, the team could improve the overall efficiency of the structure before committing to a final geometry.

As well as the final design, Karamba3d helped establish the assembly order of the laths in order to minimise any temporary supports required during construction.