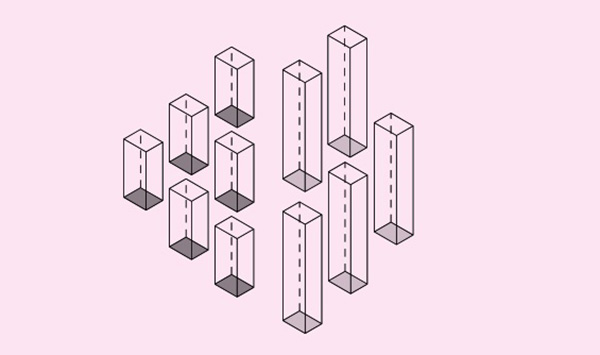 Figure 1 Example of an ‘Urban Element’.

As case study we present a course developed for and delivered to the Urban Redevelopment Authority (URA) in Singapore in 2017 by the Future Cities Laboratory at the Singapore-ETH Centre. The article reports on the pedagogical method, course results and course feedback.

Figure 2 Examples of generic urban components taught prior to the beginning of the term in the boot camp (chart with grids, plots, massing, functions).

The main difficulties of teaching professionals in parametric urban design are described and possible reasons and improvements are discussed. The results show that participants using the ‘Urban Elements’ method successfully linked theoretical input to urban design problems, applied evidence-based urban design strategies to these problems, and developed parametric definitions to explore the solution spaces of these urban design challenges. 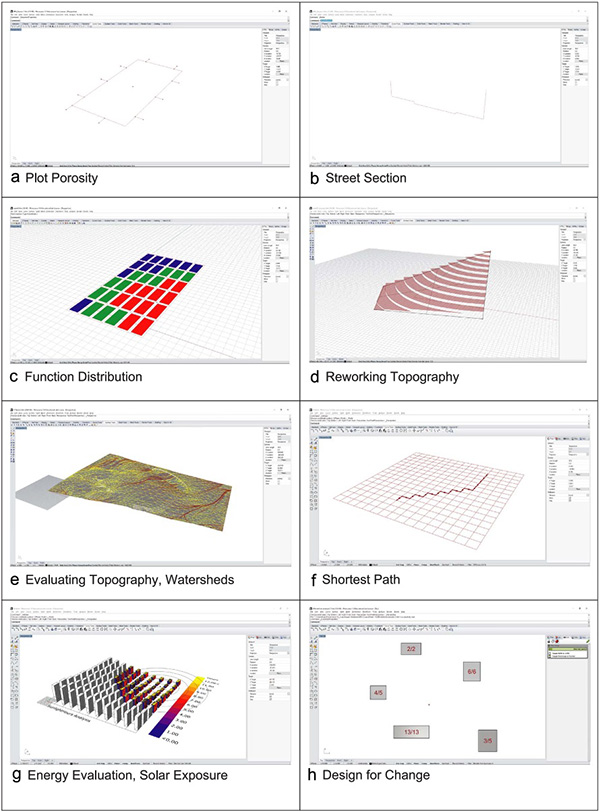 Figure 3 Examples of urban concepts taught during the term and translated into Grasshopper tutorials.

Building sustainable, resilient and liveable environments requires taking increasingly complex design decisions and integrating knowledge from various areas of expertise. To equip urban designers with the knowledge and tools to address these challenges, the Future Cities Laboratory (FCL) developed a course at postgraduate level in collaboration with the Urban Redevelopment Authority (URA) in Singapore.

The course was called Advanced Studies in Urban Design (AS-UD) and aimed to challenge jaded notions of urban design and the primacy of form. The curriculum employed urban design knowledge, skills and understanding as a means of integrating the diverse disciplinary skills of participants, such as architectural design, landscape design, and social and environmental analysis. This called for more integrated methods of urban design pedagogy. Consequently, new conceptual and digital tools were needed for the teaching of urban design. 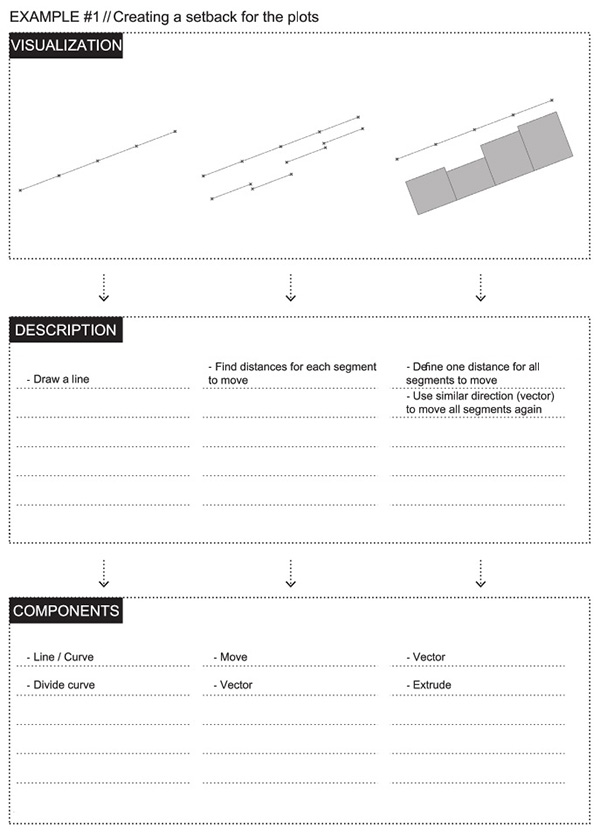 Figure 4 Parametric exercise for creating a setback for plots.

The results show that the students’ abilities to analyze urban design problems, to abstract them, to translate them into parametric definitions and to use them for innovative urban design proposals significantly improved using the ‘Urban Elements’ method. 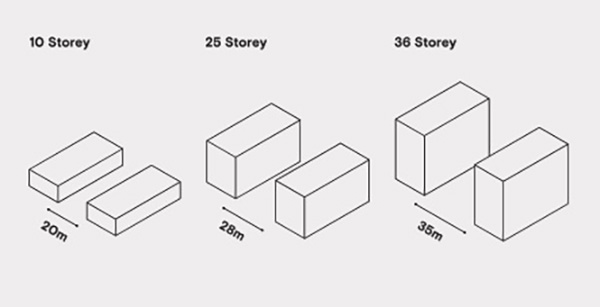 Parametric design tools accept variable input data, establish mathematical relationships and produce further data, including geometric information. With advances in computing power and the growing availability of data, parametric systems can now be employed to deal with complex urban phenomena on a multi-scalar and multidimensional level. In comparison to conventional design methods, parametric urban design uses rule sets as the basis for the configuration of 3D urban models.

The advantage of this is that it enables the exploration of a wide range of alternative solutions by changing the parameters of the logical relationship, whereas for traditional methods, designers usually only consider a relatively limited number of alternative solutions. Another advantage is that designers can change and modify their own rule-based models at any stage of the design process so that the design process can be kept open and flexible, because all procedures, activities, and relations in parametric design are clearly defined.

In short, parametric urban design can be used to model alternative scenarios, visualisations and quantification all in one – a key advantage over conventional design methods. A parametric urban design is thus agile to changing input constraints and offers flexible solutions that can be re-computed depending on stakeholder perspective. However, since many parametric definitions are ‘tailored’ to specific tasks, require input data in specific formats or are ‘locked’ into proprietary software, the agile integration of urban design concepts has to date been lacking. Despite advances in research and availability of tools, parametric urban design has not yet been widely adopted in practice. A useful contribution to improving the situation would be to conceptualise parametric ‘Urban Elements’. This is proposed in this article. 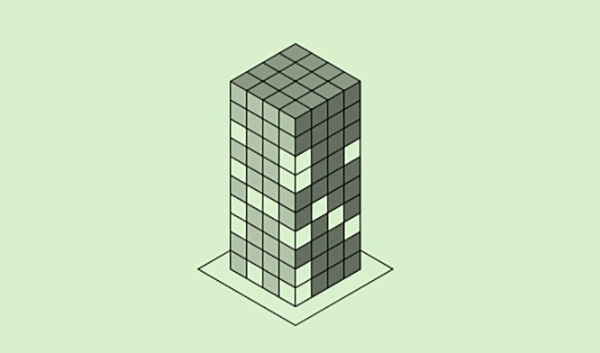 This catalogue formed the basis for the following urban design projects. These projects demanded complex urban design solutions that included the necessity to analyse and represent important site conditions, to negotiate contradicting site constraints and to combine different component layers of urban design such as ‘access and connectivity’, ‘volume and density’, ‘ecology and energy’, ‘character and typology’.

The ‘Urban Elements’ were used to cast and prototype urban design both conceptually as well as by use of parametric design definitions geometrically and functionally. This allowed to identify further areas of design work quickly and helped to speed up the design process significantly. This was particularly important in the context of a professional education course where participants had significantly less time that for instance graduate students.

The ‘Urban Elements’ also allowed an in depth and knowledgeable discussion about the design steps and motivations. This process came closer to an evidence-based design process and revealed any biases that existed amongst participants. This helped to resolve design-related conflicts and ultimately raised the quality of the urban design projects. 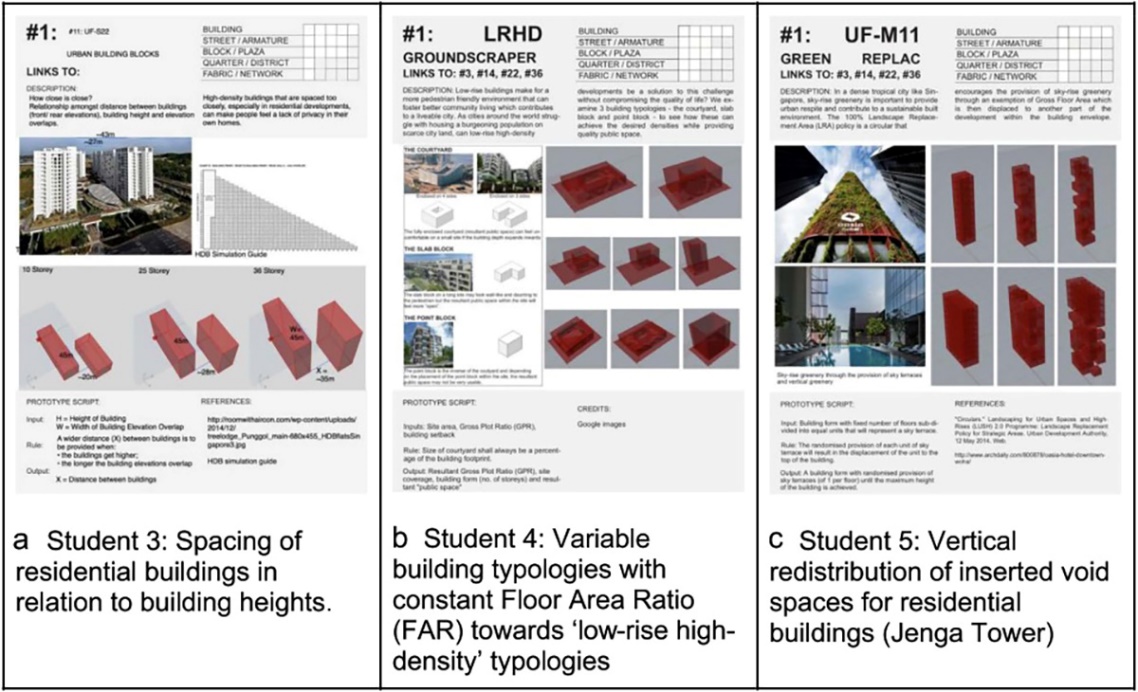 Figure 8 Examples of parametric ‘Urban Elements’ developed by the participants.

In this research, ‘Urban Elements’ have been developed and validated as a novel urban design pedagogy, incorporating the students’ domain knowledge and insights into the design tasks. As a conceptual urban design framework with an inherent rule-based logic, it is a novel approach because it can combine interdisciplinary insights on urban planning tasks while facilitating the learning of parametric urban design thinking.

It also provides an avenue for the explicit evaluation of urban design results against the design tasks compared with conventional urban design methods. This is highlighted by the clearly shown potentials and limitations of the proposed teaching method. Based on the results of this study we recommend an integrated pedagogic approach that connects the development of urban design concepts with the education of advanced parametric modelling skills. A separation of urban design studios and classes for computational skills is clearly inhibiting the development of computational designers with a corresponding new perspective on parametric design thinking. 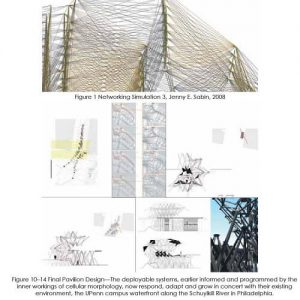 This endeavor demands a closer look at the formal interplay between code and context. Biology provides useful systems-based models for architects to study to understand how context specifies form, function, and structure. While the end goals may differ in science and architecture, there is a driving necessity in both disciplines to spatialize, model, and fabricate complex, emergent, and self-organized systems.

Responding to increasing urgencies of material efficiency and environmental sensibility, this project strives to provide for designers a toolset for environmentally responsive, case-specific design, characterized by the embedded control qualities derived from the bone and its adaptability to specific loading conditions.

This study investigated the effects of additive digital fabrication (dfab) on productivity by analyzing the cost and time required for the construction of a robotically-fabricated complex concrete wall.

This paper by Seyed Morteza Hosseini, Masi Mohammadi, Torsten Schroder, Olivia Guerra-Santin , explores for the first time, the possibility of coupling a kinetic façade with colored glasses to improve the daylight performance. This research builds on a combination of relevant literature and parametric simulation to investigate the development of integration of colored glass from Orosi with interactive kinetic façades, triggered by sun timing and occupants’ positions.

This book is edited by Neils Martin, Larsen Og, Anne Mette Boye. It brings together contributions from the seminar on digital fabrication in tomorrows architecture and discusses about digital fabrication and digital form generation that can change the way different professions interact in relation to the development and construction of architecture.

this paper by Anas Hameed Majeed, Huda Al-Alwan, Nazar Oukaili, aims to establish a theoretical framework to determine dimensional rules as formation techniques and utilize them as tools in designing processes, to finally benefit to attain several free-form geometries in architecture now and in the future.

This paper by Monica Sroka-Bizon, presents Architectural Geometry that is an area of research, which combines applied geometry and architecture.

This paper by A. Heidari, S. Sahebzadeh, M. Sadeghfar, B. Erfanian Taghvaei, seeks to illustrate the evolution history of Parametric Architecture and describe the reasons why parametric architecture, in its second phase of evolution, called “Parametricism 2.0”, is showing promising abilities in solving more and more intricate socio-environmental problems.

This article by Gary P. T. Choi, Levi H. Dudte, and L. Mahadevan, proposes a condition for producing kirigami patterns and mechanisms which are reconfigurable and rigid deployable allowing us to connect the compact states via a zero-energy family of deployed states.

In this paper byAbel Groenewolt, Tobias Schwinn, Long Nguyen, and Achim Menges, they focus on subsequent developments in our research on agent-based modeling and present a framework for agent-based architectural design and planning that integrates a large range of planning aspects (such as structural analysis and life cycle analysis, as well as prefabrication planning).

This thesis by Judyta M. Cichocka presents a design-oriented methodology for the design, optimization and construction of sequentially erected elastic timber gridshells.

This paper is by Stefan Pillwein, Kurt Leiler, Michael Birsak, and Przemyslaw Musialski. Their approach aims at the approximation of freeform surfaces with spatial grids of bent lamellas which can be deployed from a planar configuration using a simple kinematic mechanism.

This paper by Maren Zywietz, Karsten Schlesier, and Annette Bögle, documents the approach to rethinking lightweight structures to face the growing scarcity of resources.

In this paper by Julian Lienhard, Christoph Gengnagel, many important historical examples of active-bending were gathered, dating back as far as early Mesopotamian dwellings up to the comparatively few contemporary examples of bending-active structures existing at that moment.

This paper by Tiffany Cheng, Dylan Wood, and Xiang Wang, presents an integrative approach to adaptive structures, which harnesses the scale and strength of natural material actuators such as wood as well as the functional physical programming of material properties enabled by 3D-printing.

The Karamba plug-in developed by Clemens Preisinger in collaboration with Bollinger + Grohmann Engineers has been developed to predict the behaviour of structures under external loads.

This article by David Rutten, discusses the parallels between phase space topologies and computational terminology as well as how generic solvers arrive at their solutions.

This article by Francesca Bertacchini, Eleonora Bilotta, Francesco Demarco, Pietro Pantano, and Carmelo Scuro, is based on the implementation of an integrated manufacturing system that involves parametric modeling, optimization, and additive manufacturing.