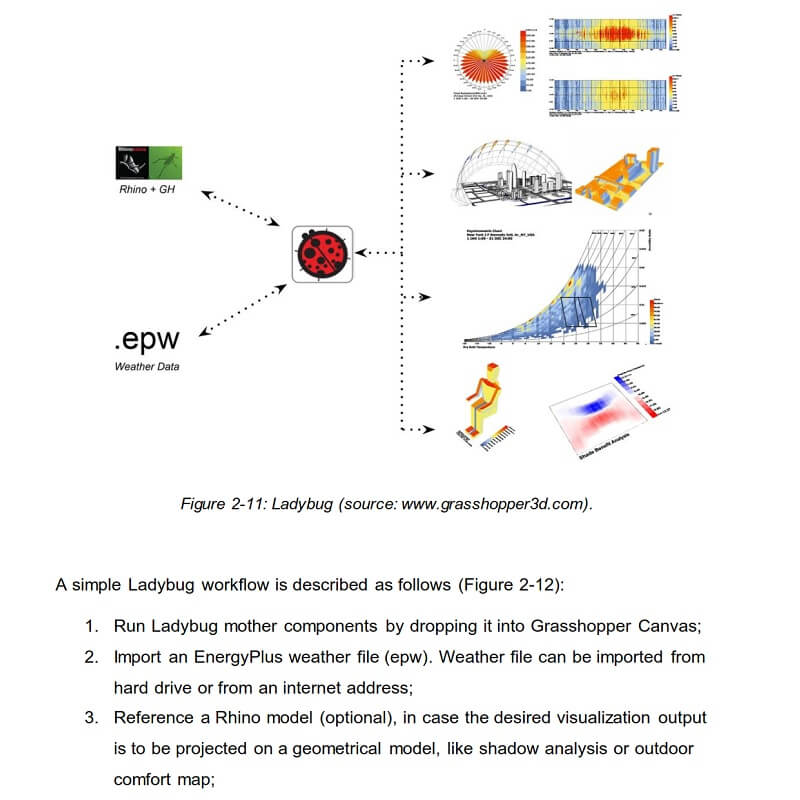 Simulation tools play a major role in the design of high-performance buildings. Despite that, use of building performance simulation (BPS) tools is mainly limited to later design stages, where it is too late to introduce substantial passive improvements. 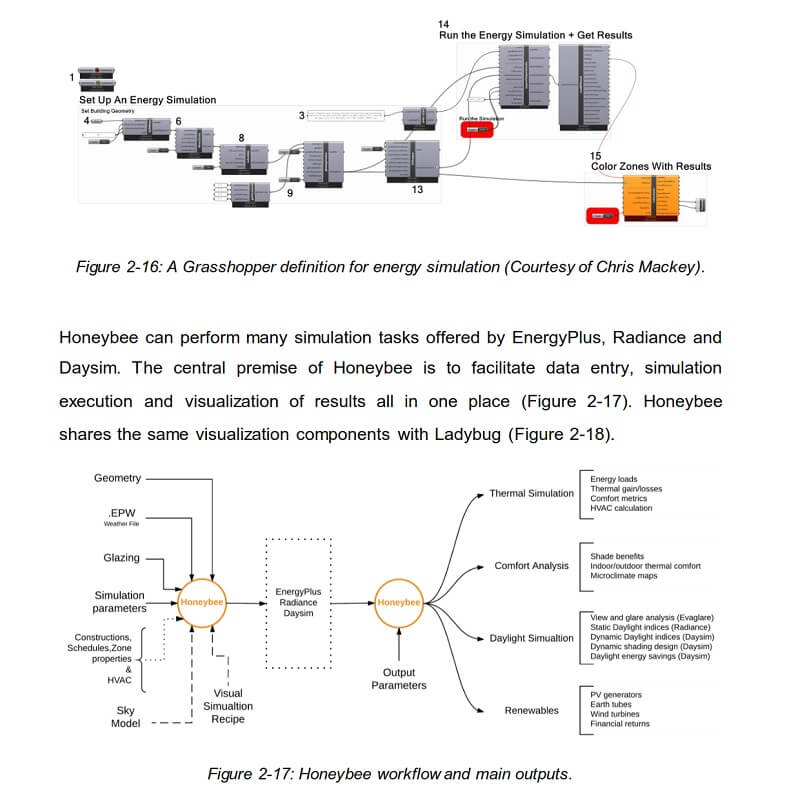 However, the emergence of the discourse of parametric design, and its conjunction with building performance simulation shows promises to provide architects with versatile tools focused on pre-rationalisation of forms instead of post- optimization. 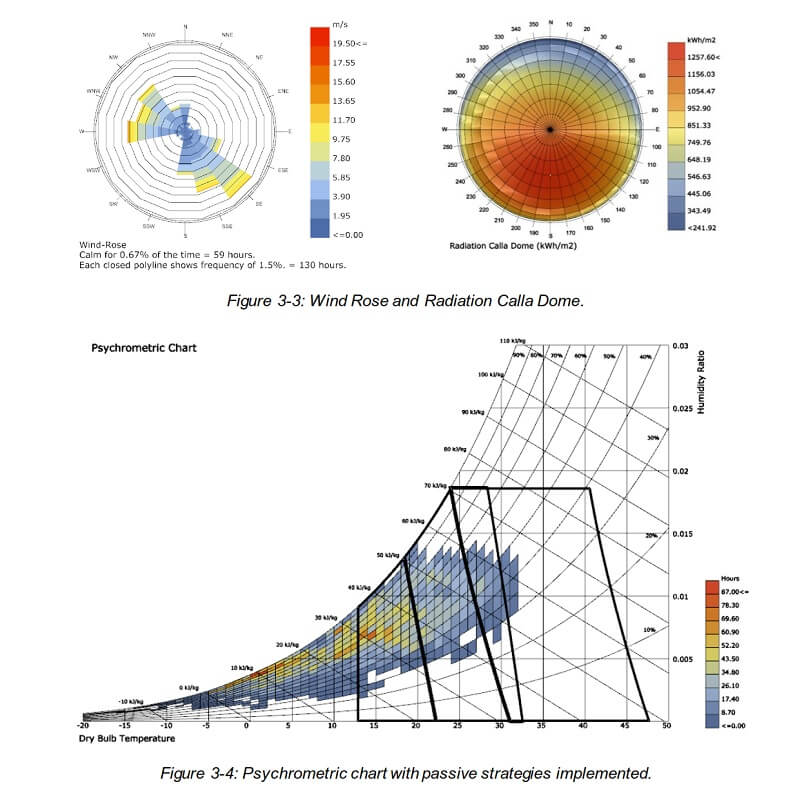 However, despite an abundance of literature advocating this new possibility, academic research on actual Usability and Usefulness of parametric simulation tools for architects is missing. The current research by Ehsan Bazafkan intends to address this gap through a combination of theoretical discussion and practical methodology. 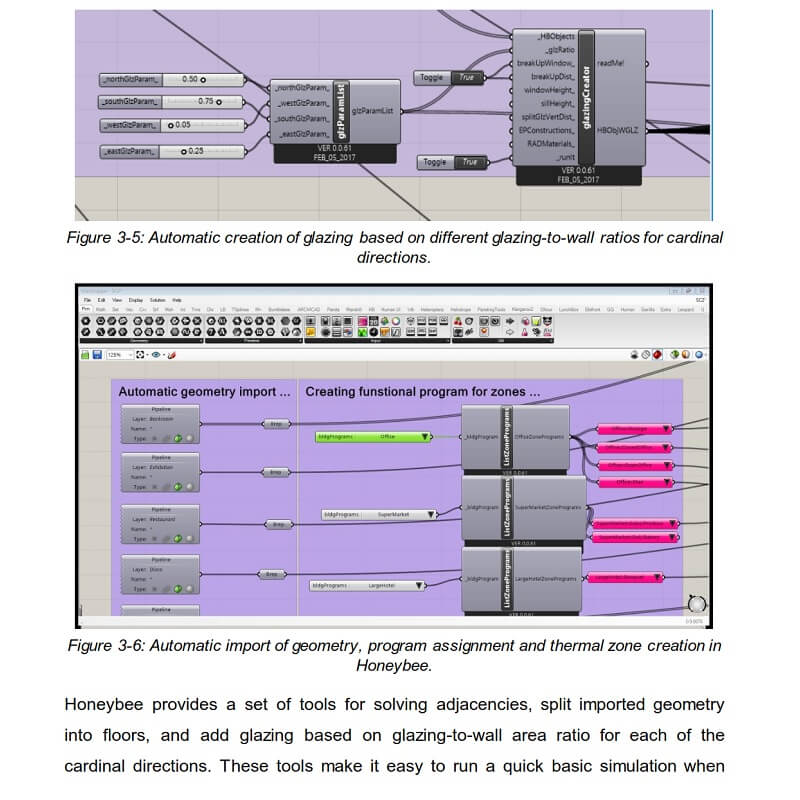 Ladybug and Honeybee, two building performance simulation plugins for Grasshopper, were used for making design decisions informed by performance within the context of scenarios that mimic real-world architectural design problems. The application of the plugins was precisely documented and analysed.

The research concludes that while Ladybug and Honeybee’s parametric nature and adept visualisations provide architects with effective support in design, evaluation and optimisation of architectural forms, they are not quite usable for performing routine simulations, due to their unfamiliar interface and complex underlying mechanisms. 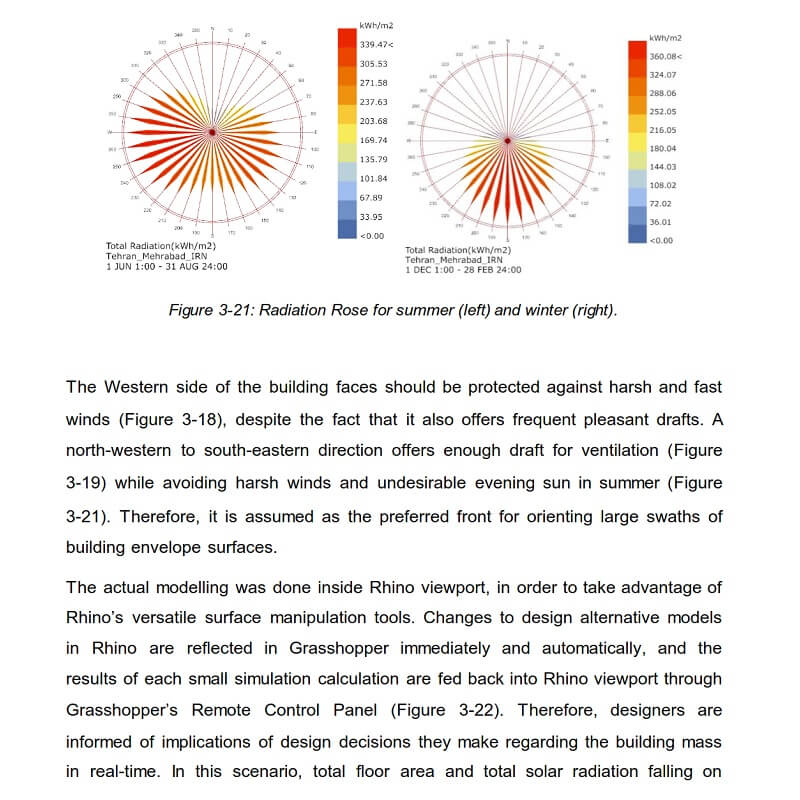 Nonetheless, the research advocates for the more widespread use of Ladybug and Honeybee in architecture schools and select design projects in the professional sector. 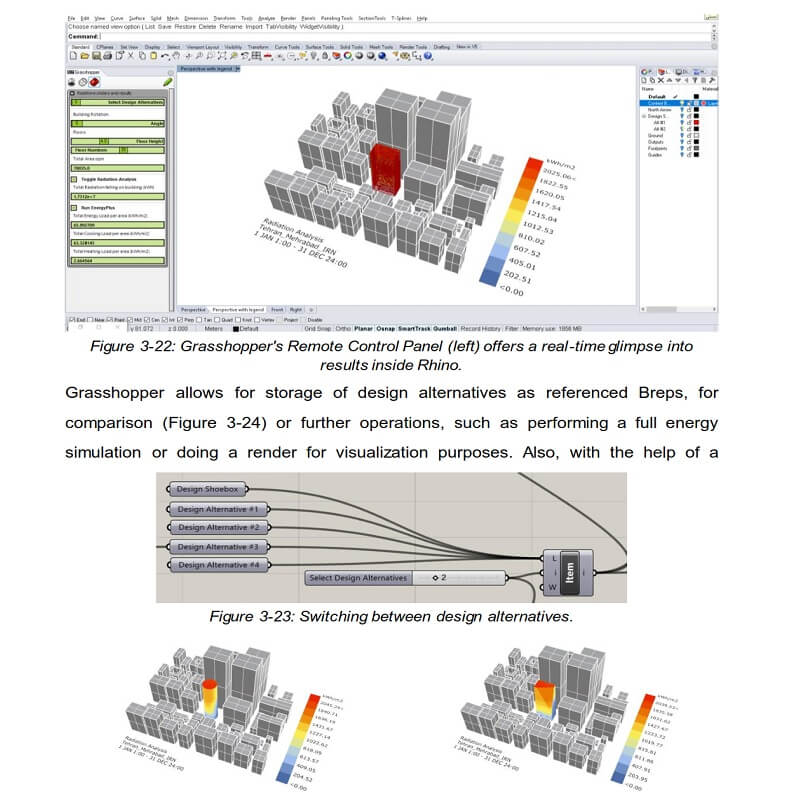 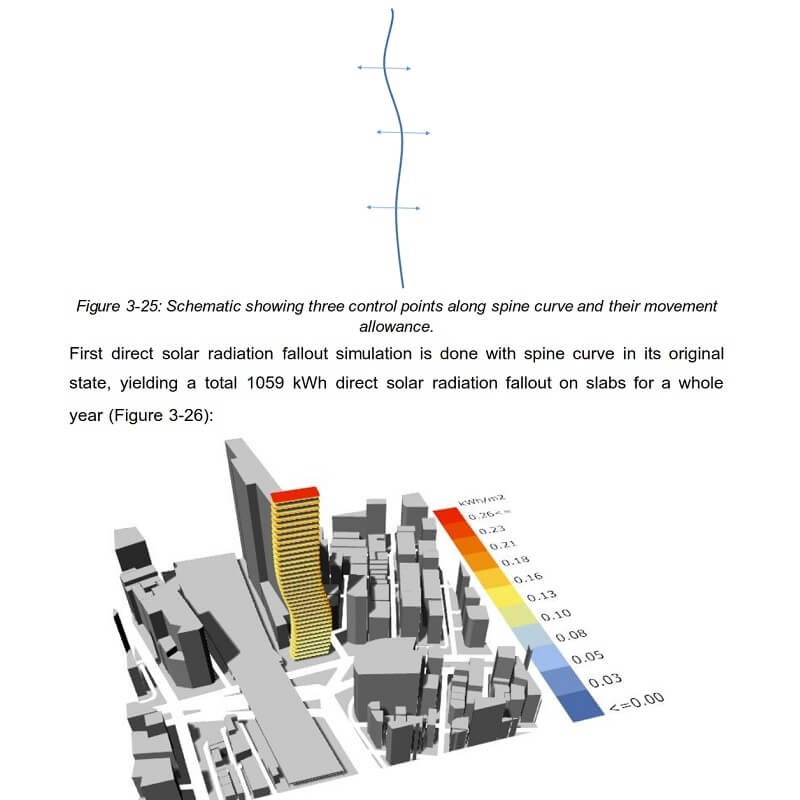 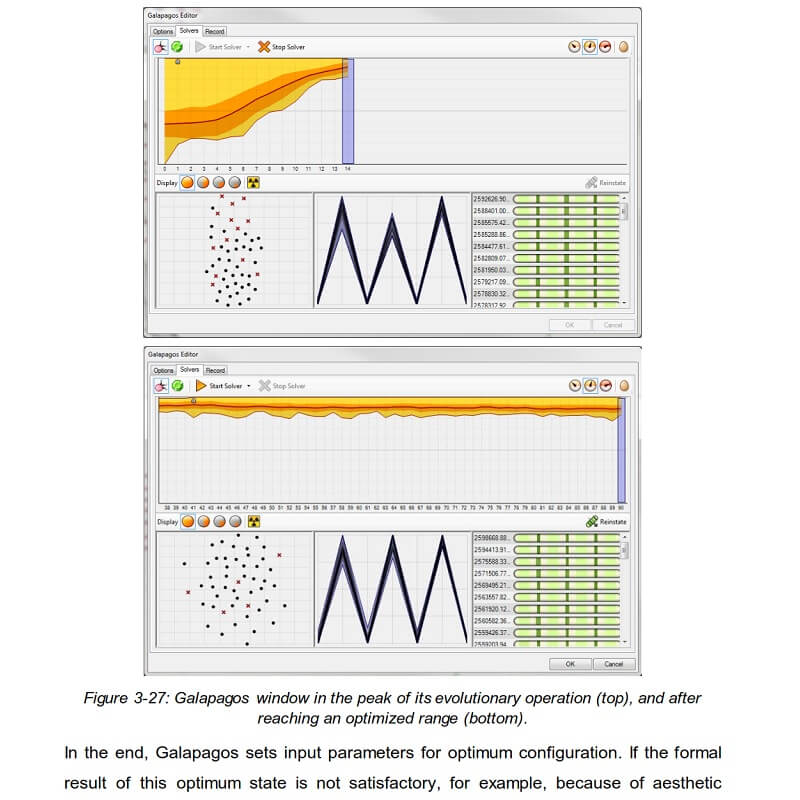 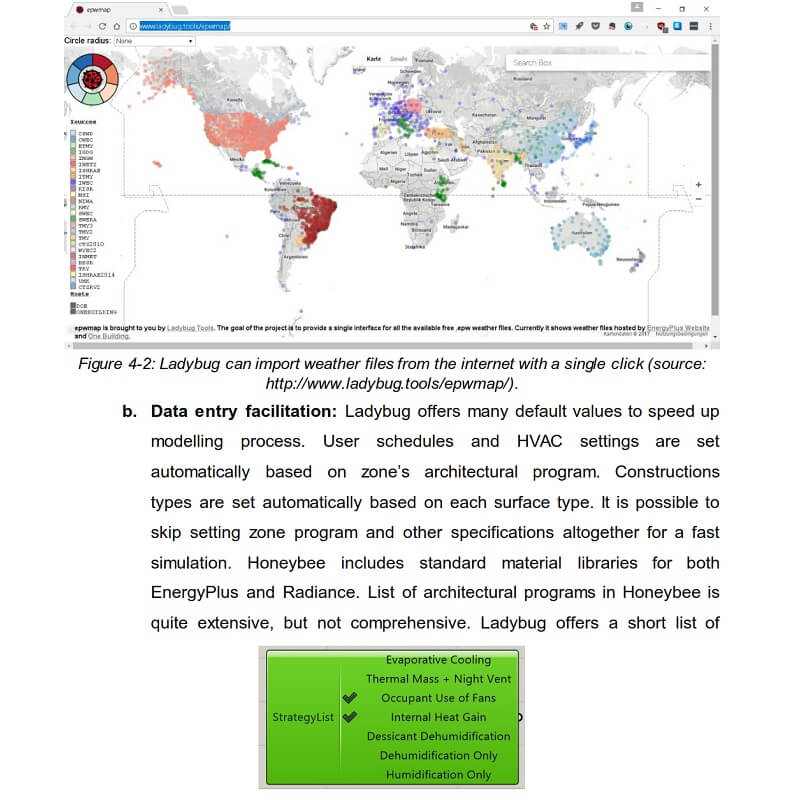 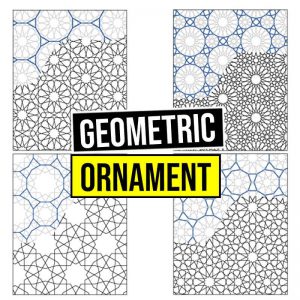 This graduation thesis by Craig S. Kaplan, presents research in the area of computer-generated geometric art and ornament. Throughout, It shows how modern mathematics, algorithms, and Technology can be applied to the study of these ornamental styles.

The present paper introduces a mechanical model that helps to understand the expansion of a virus capsid in terms of classical principles of structural mechanics. 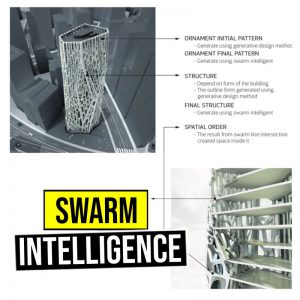 This graduation thesis by Mohd Syafiq Azmy introduces the definition of the swarm, theory of swarm intelligence, and presents an example of case studies on how a swarm can generate specific architectural typologies.

What is a self-supporting structure?

A reciprocal frame (RF) is a self-supporting structure made up of three or more sloping rods, which form a closed circuit, namely an RF unit. 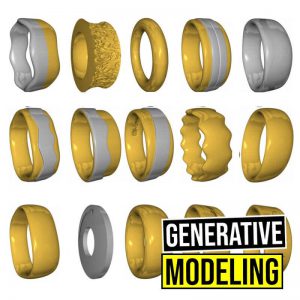 This graduation thesis by Ulrich Krispel, Christoph Schinko, and Torsten Ullrich, introduces the concepts and techniques of generative modeling. Generative modeling has been developed to generate highly complex objects based on a set of formal construction rules.

This graduation thesis by R.J.M. Wolfs, aims to contribute to the foundations of research on the (structural) behaviour of the to-be-printed shapes and materials by designing a method to study 3D concrete printing technique.

Rabbit by Morphocode is an open-source plug-in for McNeel’s Grasshopper that simulates biological and physical processes. Rabbit comes with a set of 13 components allowing you to model cellular automata and L-systems directly inside Rhino and Grasshopper 3D. 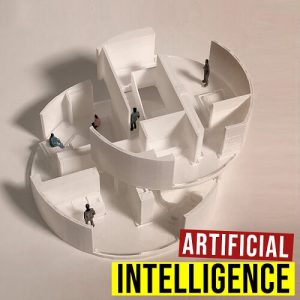 The advent of AI in Architecture is still in its early days but offers promising results. This thesis by Stanislas Chaillou, proposes to evidence this promise when applied to the built environment. Specifically, author offers to apply AI to floor plans analysis and generation. 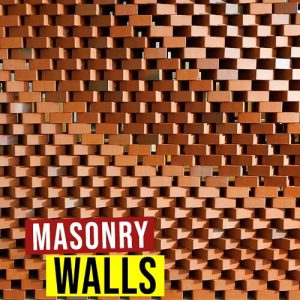 This project by Elena Vazquez, proposes a digital framework for optimizing the environmental performance of masonry screen walls through shape configuration. The development of the proposed “smart” low-tech framework relies on several computational design methods. 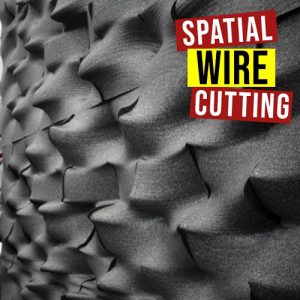 This thesis by Romana Rust, develops around a multi-robotic hot-wire cutting technique, that allows to significantly expand the set of possible hot-wire cutting geometries. This technique modulates the curvature of the hot-wire... 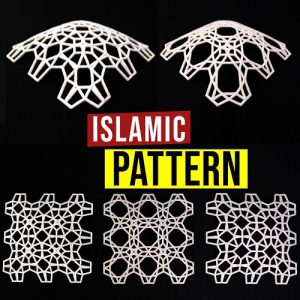 This thesis by Noor K. Khouri, examines Islamic pattern through a parametric, performance-driven framework in the context of conceptual design, when many alternatives are being considered. Form finding is conducted via the force density method... 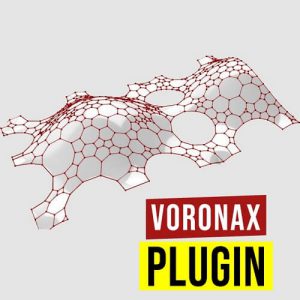 Voronax_GH is a Grasshopper Component based on the existing eVe | voronax plug-in for Rhino by Programming Architecture. The Component was developed in cooperation with Lorenzo Greco. 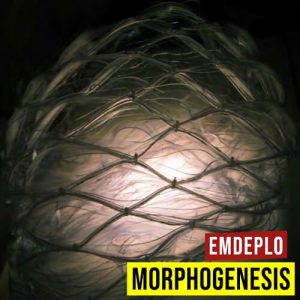 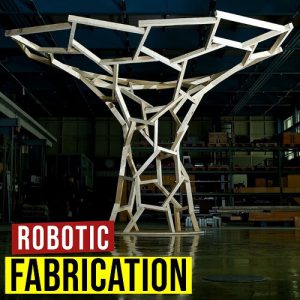 This thesis by Augusto Gandia, investigates computational design methods to tackle two of the most relevant challenges of robotically assembling spatial structures, which include the generation of collision-free robot paths and the handling of tolerance build-up.

This thesis by Satu Niemi, provides one definition and interpretation of biomimicry and a review on how biomimicry could be used in architecture. This is done through a literary study and the analysis of chosen case examples. 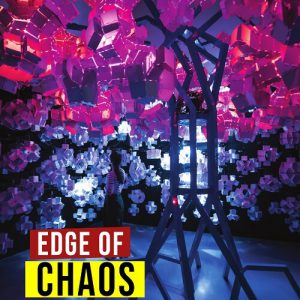 This paper by Ruairi Glynn, Vasilija Abramovic and Johannes T. B. Overvelde, presents a project intended to make the complex “Edge of Chaos” theory tangible through an interactive installation based on metamaterial research which demonstrates emergent behavior using Cellular Automata. 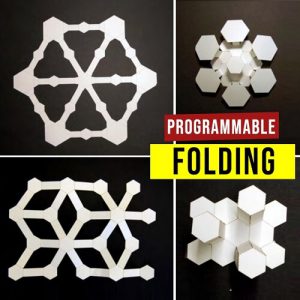 The aim of this thesis by Annie Locke Scherer, is to create parametrically-derived folding patterns that approximate irregular, doubly-curved surfaces when assembled. This thesis investigates the relatively unexplored world of origami: kirigami. 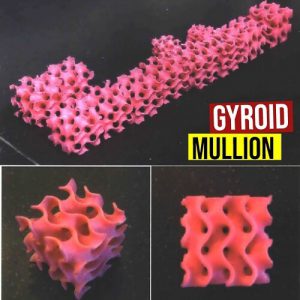 The thesis explores various aspects of the application that extend from a rapid modeling method of gyroid structure, experiments, and simulations along with theoretical values for mechanical and thermal properties of gyroid, to topology optimization... 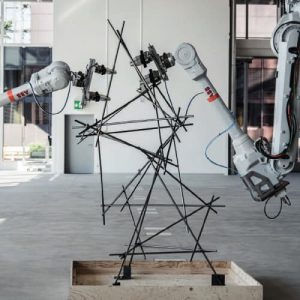 This paper presents a design strategy for a lightweight steel structure assembled by two robots. The developed structure describes a novel typology of spatial structures and consists of steel tubes that form spatial configurations. 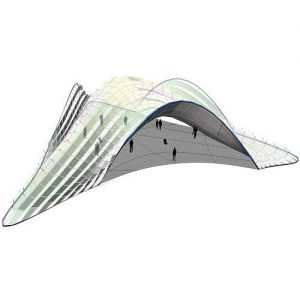 This toolkit by joncorrod focuses on the versatile nature of meshes, providing various effective functionalities for working with and editing mesh topology. 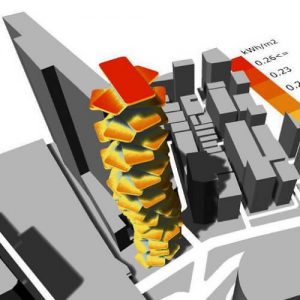 In this research by Ehsan Bazafkan, Ladybug and Honeybee, two building performance simulation plugins for Grasshopper, were used within the context of scenarios that mimic real-world architectural design problems. The application of the plugins was analysed. 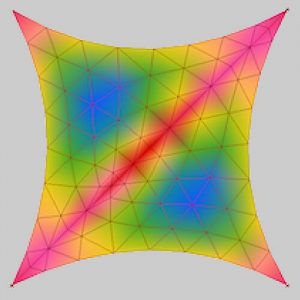 With this Master Thesis by Thomas Stephan Dirk Dührsen, author is showing how the power and benefits of reusable and interchangeable logic and algorithms can be applied to the workflow of designing membrane structures. 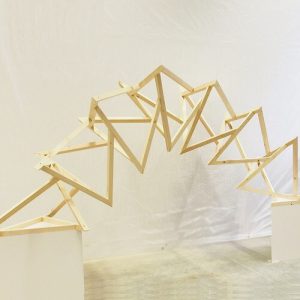 In this paper, authors explore the various constraints in robotic fabrication and assembly processes, analyze their influence on design, and propose a methodology which bridges the gap between parametric design and robotic production.

In this thesis, the central proposition is that further detailed architectural exploration, focused on design for construction 3D printing combined with off-site fabrication methods and digital design tools, is necessary to tease out the potentials...