In this installation art example we are taking a look at the David Cerny Kafka Head as an example for the mechanism section. Located in a busy shopping center in Prague, this twisting and reflective sculpture depicting the head of writer Franz Kafka is the latest kinetic artwork by controversial Czech artist David Cerny. 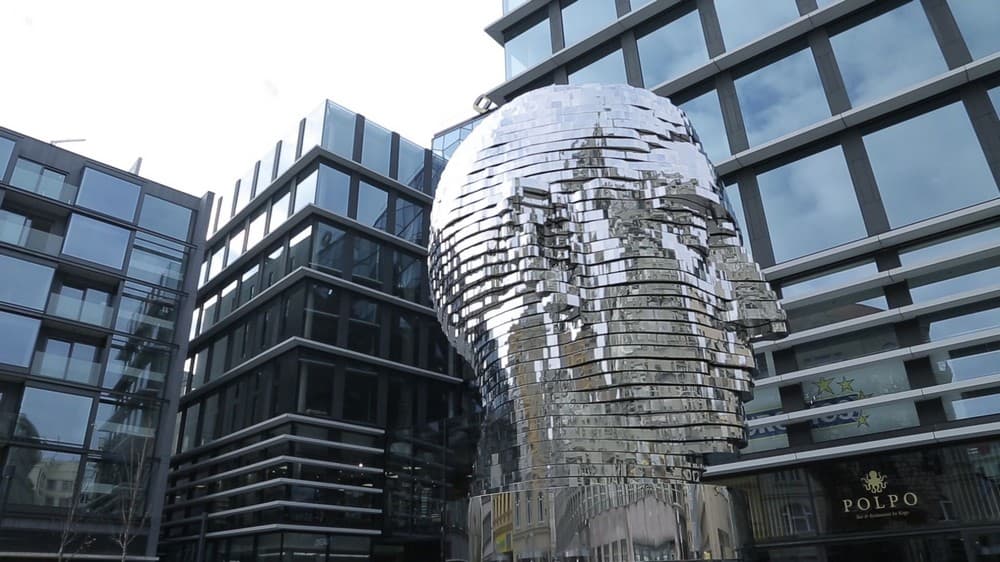 Installed in 2014, the enormous mirrored bust is comprised of 42 independently driven layers of stainless steel and weighs in at some 45 tons. The piece brilliantly reveals Kafka’s tortured personality and unrelenting self doubt that plagued him his entire life. 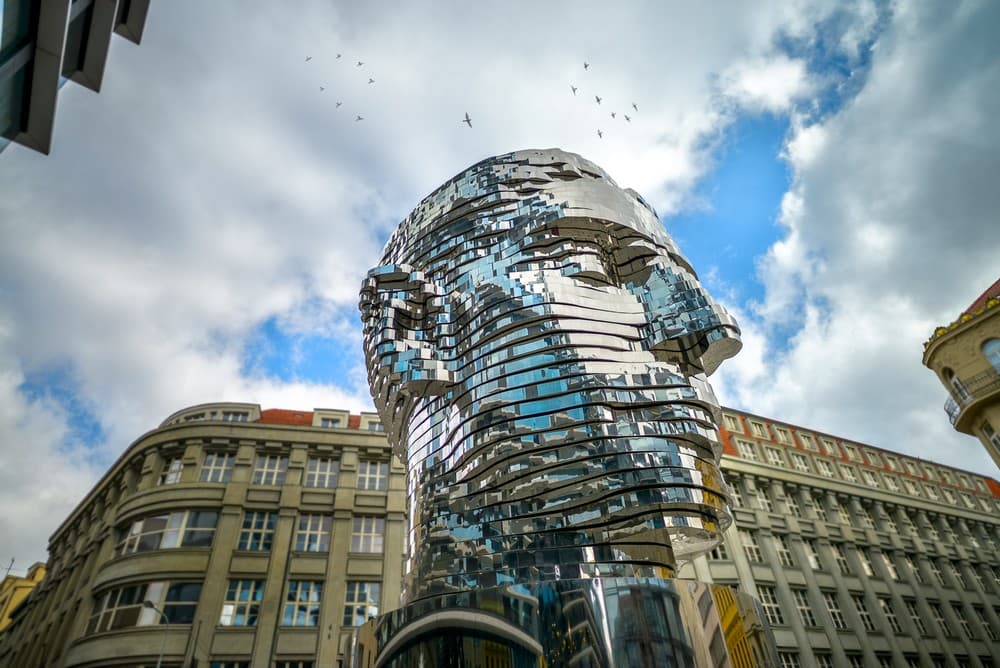 The layering of objects is a common motif for Cerny who built a similar rotating head that also functions as a fountain titled Metalmorphosis. 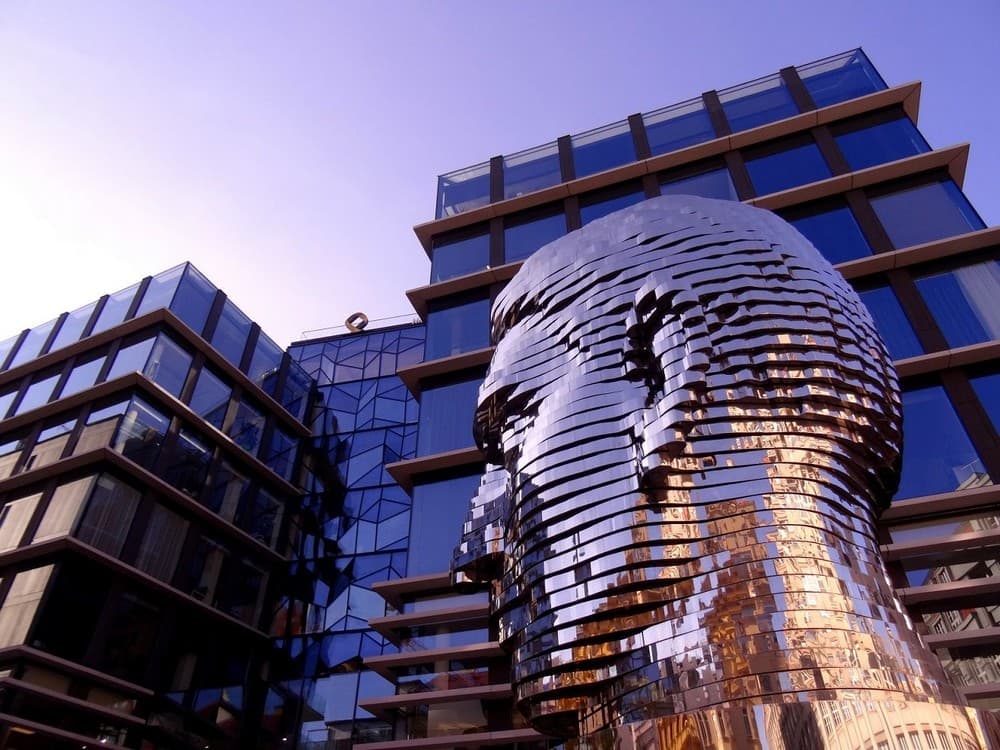