In this video by Hamed Rahnama you can see a GIRIH puzzle, a 10 Pointed Star pattern. Girih tiles are a set of five tiles that were used in the creation of Islamic geometric patterns using strapwork (girih) for decoration of buildings in Islamic architecture. They have been used since about the year 1200 and their arrangements found significant improvement starting with the Darb-i Imam shrine in Isfahan in Iran built in 1453. 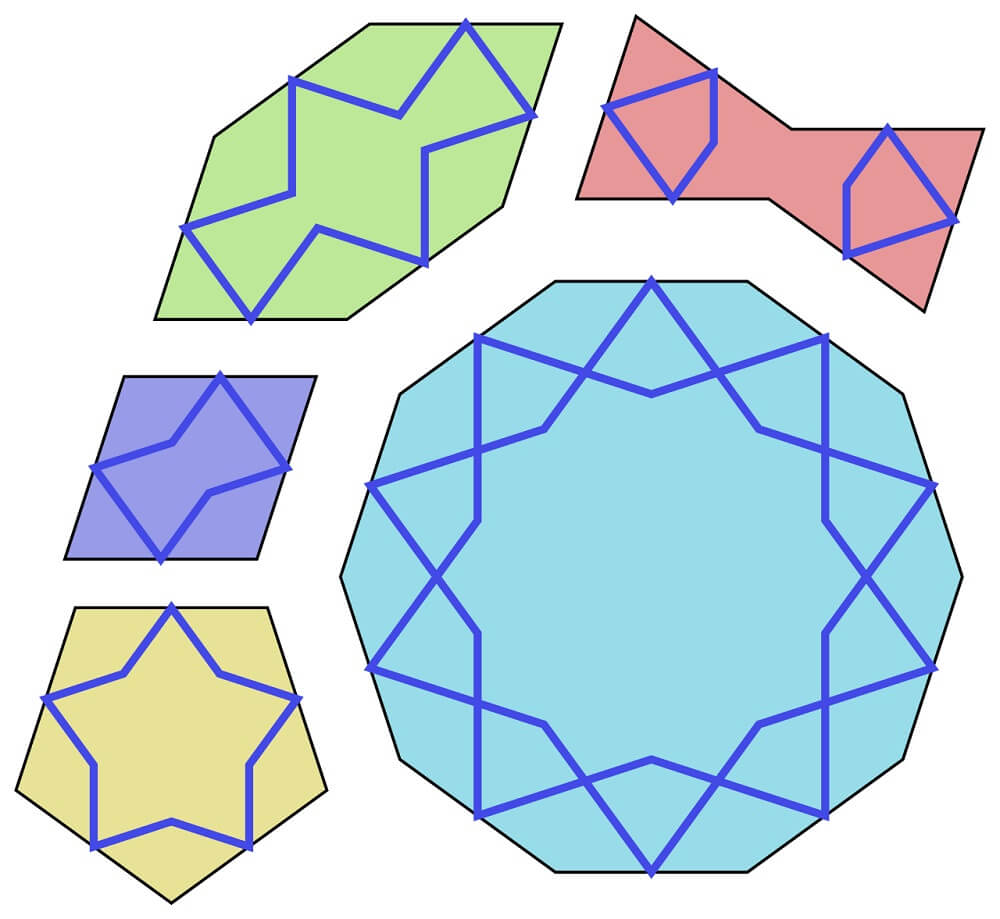 Girih are lines (strapwork) that decorate the tiles. The tiles are used to form girih patterns, from the Persian word گره, meaning “knot”. In most cases, only the girih (and other minor decorations like flowers) are visible rather than the boundaries of the tiles themselves. The girih are piece-wise straight lines that cross the boundaries of the tiles at the center of an edge at 54° (3π/10 radians) to the edge. Two intersecting girih cross each edge of a tile. Most tiles have a unique pattern of girih inside the tile that are continuous and follow the symmetry of the tile. However, the decagon has two possible girih patterns one of which has only fivefold rather than tenfold rotational symmetry. 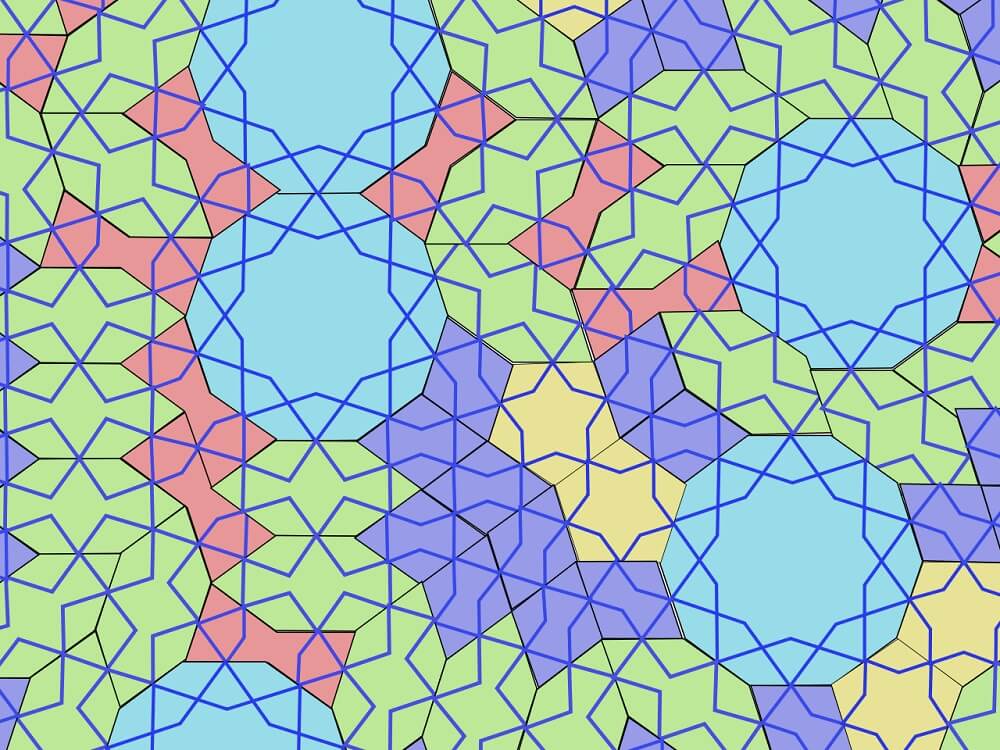 This finding was supported both by analysis of patterns on surviving structures, and by examination of 15th-century Persian scrolls. However, we have no indication of how much more the architects may have known about the mathematics involved. It is generally believed that such designs were constructed by drafting zigzag outlines with only a straightedge and a compass. Templates found on scrolls such as the 97-foot- (29.5 metres) long Topkapi Scroll may have been consulted. Found in the Topkapi Palace in Istanbul, the administrative center of the Ottoman Empire and believed to date from the late 15th century, the scroll shows a succession of two- and three- dimensional geometric patterns. 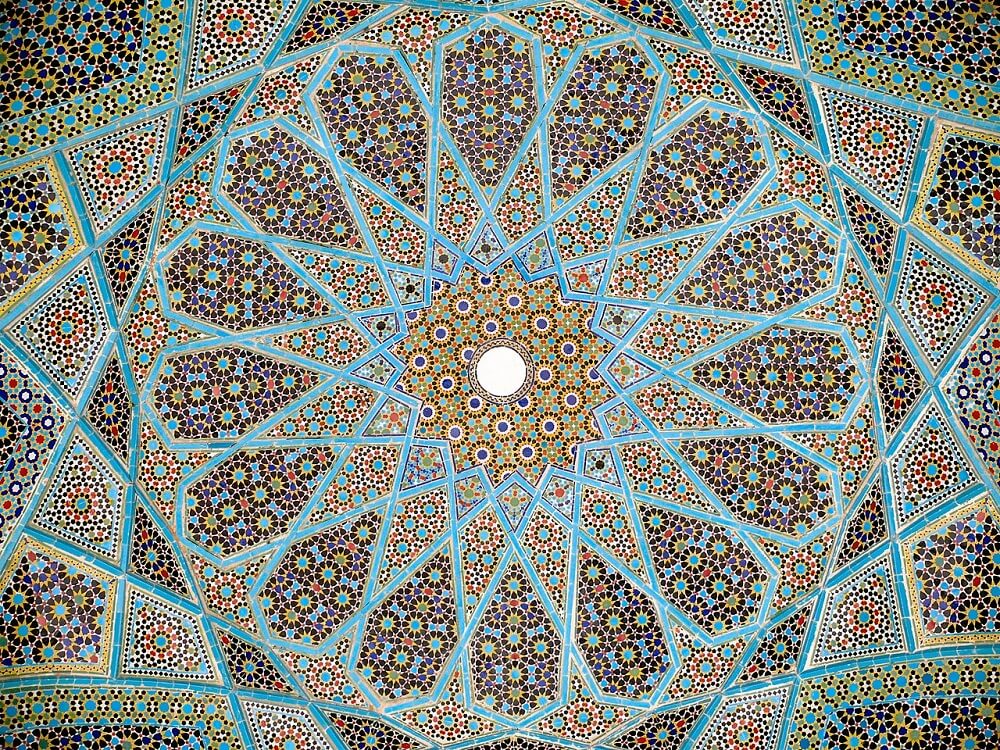 There is no text, but there is a grid pattern and color-coding used to highlight symmetries and distinguish three-dimensional projections. Drawings such as shown on this scroll would have served as pattern-books for the artisans who fabricated the tiles, and the shapes of the girih tiles dictated how they could be combined into large patterns. In this way, craftsmen could make highly complex designs without resorting to mathematics and without necessarily understanding their underlying principles.

This use of repeating patterns created from a limited number of geometric shapes available to craftsmen of the day is similar to the practice of contemporary European Gothic artisans. Designers of both styles were concerned with using their inventories of geometrical shapes to create the maximum diversity of forms. This demanded a skill and practice very different from mathematics. 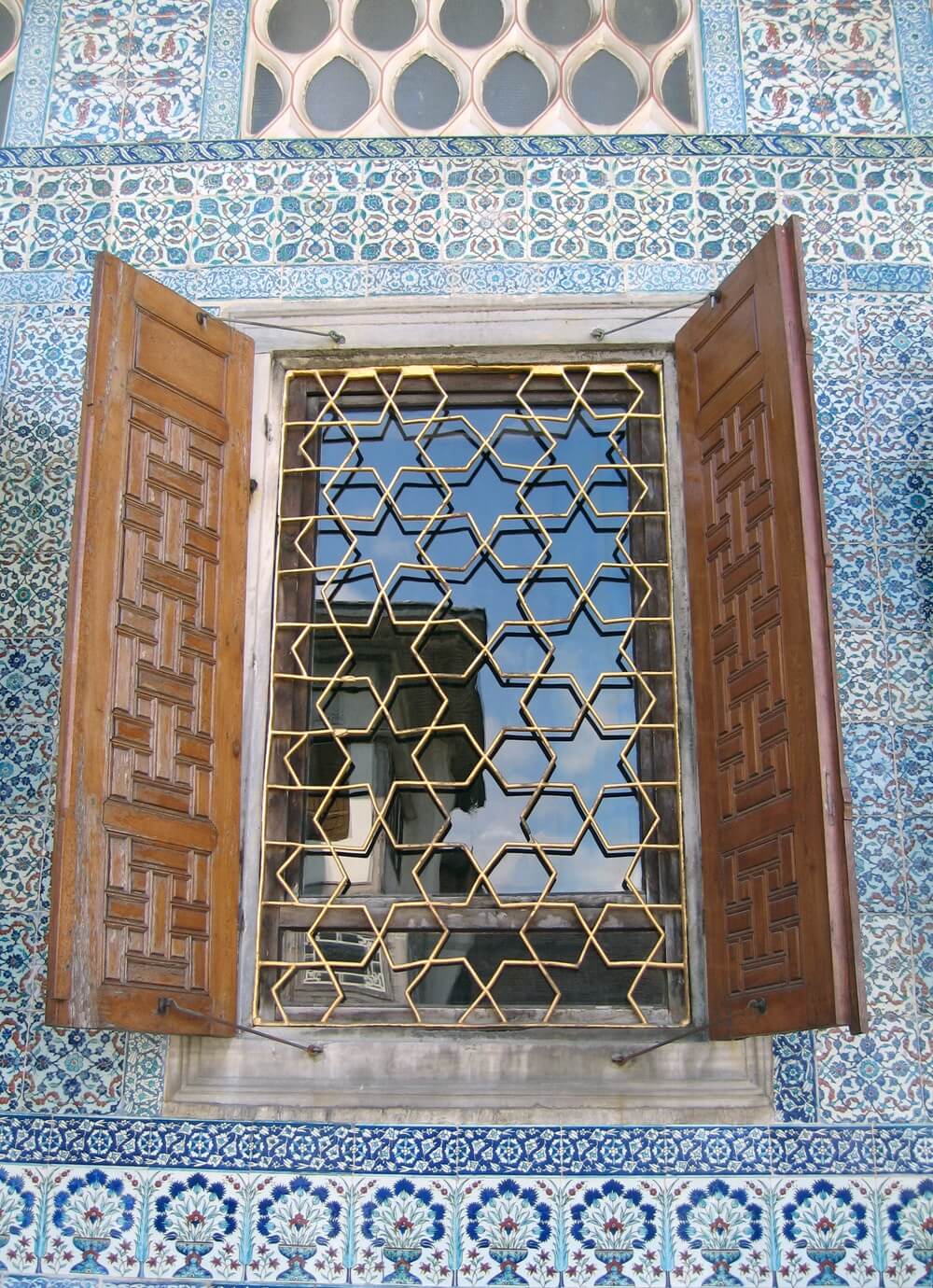 The girih has been widely applied on the architecture. To begin with, girih on the Persian geometric windows meet the need of the Persian architecture. “The specific types of embellishments utilized in orosi typically linked the windows to the patron’s social and political eminence.”The more ornate a window is, the higher social and economic status the owner is more likely to have. A good example for this would be Azad Koliji. The Azad Koliji is a Dowlatabad Garden in Iran. With the girih patterns on its window, the architects successfully demonstrate multiple layers. The first layer would be the actual garden which people can have a glimpse at when they open the window. In addition to this natural layer, the first girih pattern on the outside of the window (the carved pattern. Another artificial layer would be the colorful glasses on the window. The multi-color layer create a sense of a mass of flowers. This layer is abstract which forms a clear contradiction with the real layer outside the window, and gives the audience enough space to imagine. 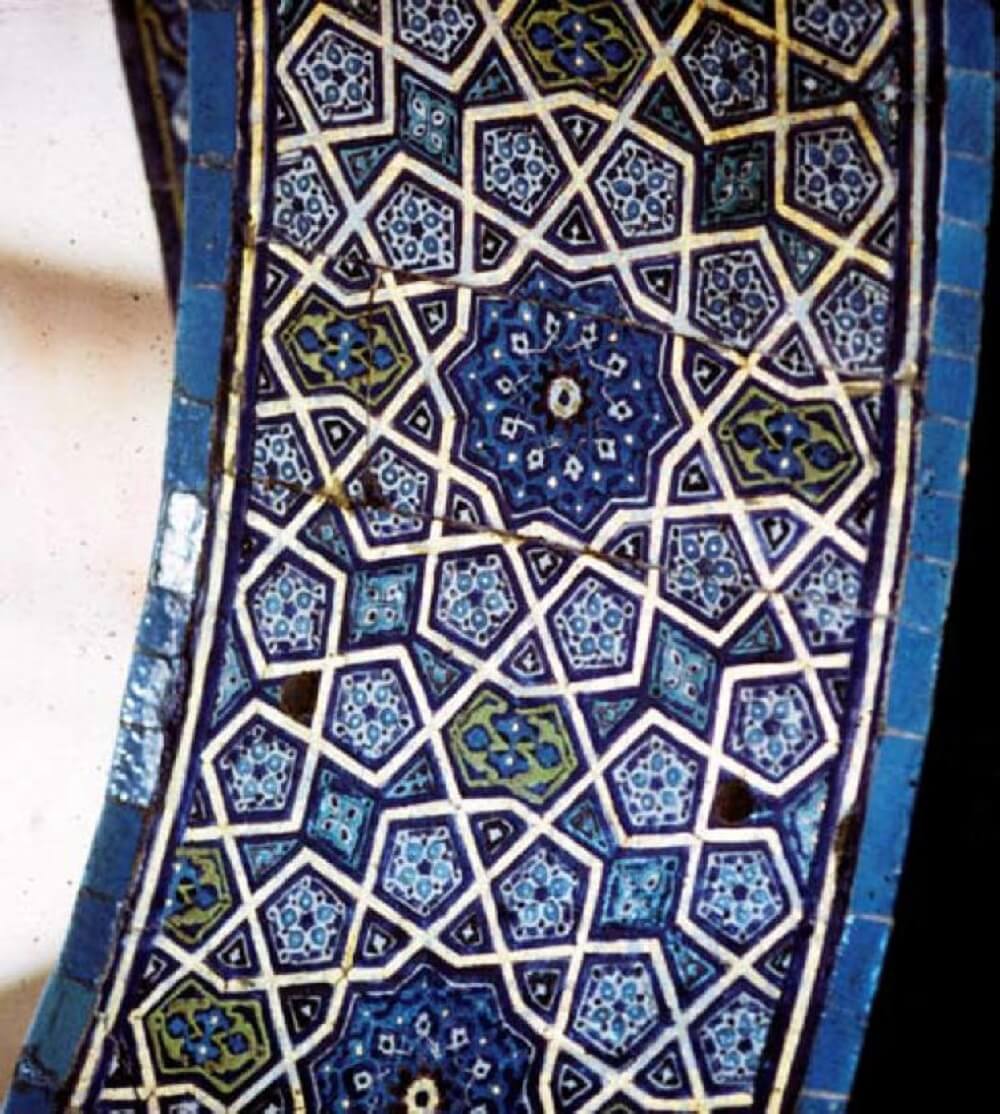