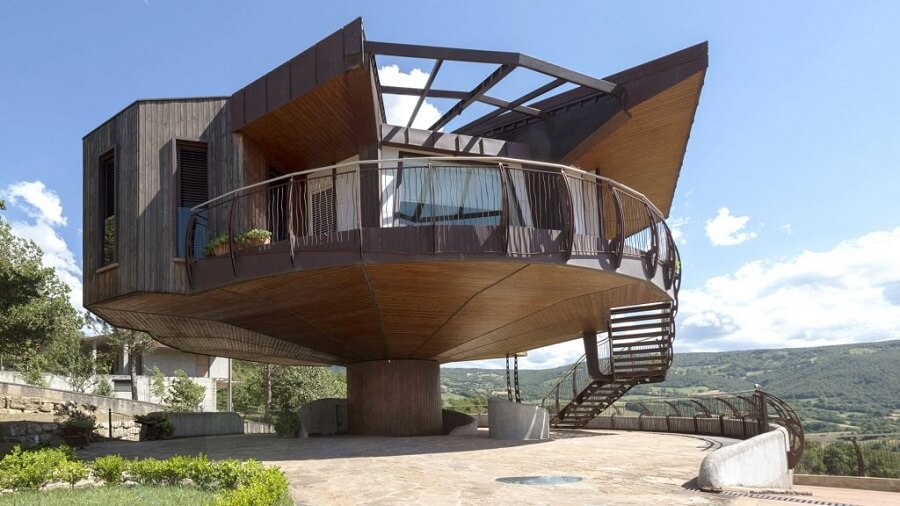 Architect Roberto Rossi has completed a house in northern Italy that can rotate 360 degrees. Balanced on a central pillar, the octagonal house can be mechanically rotated in both directions to give its owner varied views. The rotation is also used to direct the house’s solar panels towards the sun.
“The ability of the house to rotate was requested by the client from the very beginning, on one hand to be able to change the point of view on the landscape, but also because of his passion for machines and mechanisms,” Rossi told Dezeen.
The house takes cues from another Italian home that can be rotated; Villa Girasole is an experimental two-storey house built in the 1930s by architects Angelo Invernizzi and Ettore Fagiuoli, which revolves on circular tracks around a central point.
“There wasn’t an existing project to take inspiration from, but we wanted to rediscovered the futuristic avant-garde appeal of Villa Girasole,” said Rossi. “In a sense, it was like finding a father again.”
The structure has a steel frame, with walls made of wooden strips, and insulation panels of hemp and wood fibre. 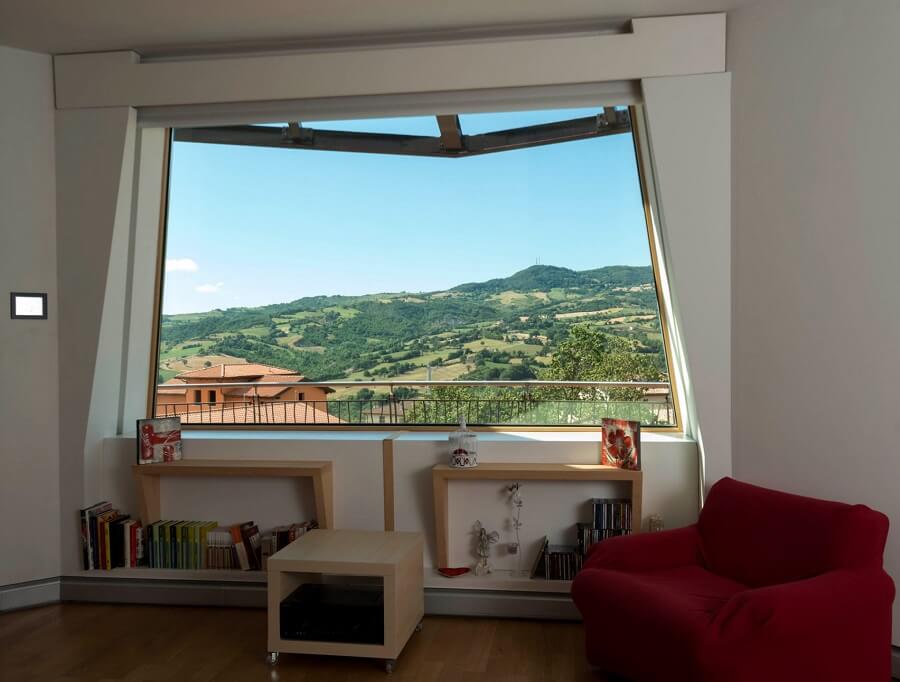