Designed by Ed Cano, Sandsara is a kinetic sculpture that draws infinite patterns on sand. derived from samsara — a concept essential to eastern religions like hinduism and buddhism — this sculptural object aims to translate the concept of rebirth and the cyclicality of life through the movement of the small sphere that displays a sequence of new patterns that are created while erasing the previous ones. 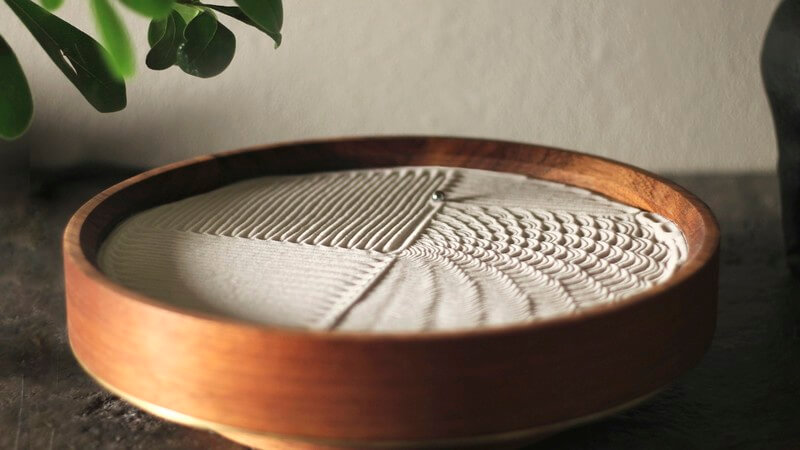 Equipped with a powerful mechanism, Sandsara is able to move the sphere along every edge, allowing it to draw large paths that fill the sand bed in its totality. In effect, its streamlined and subtle design was informed by the inner workings. 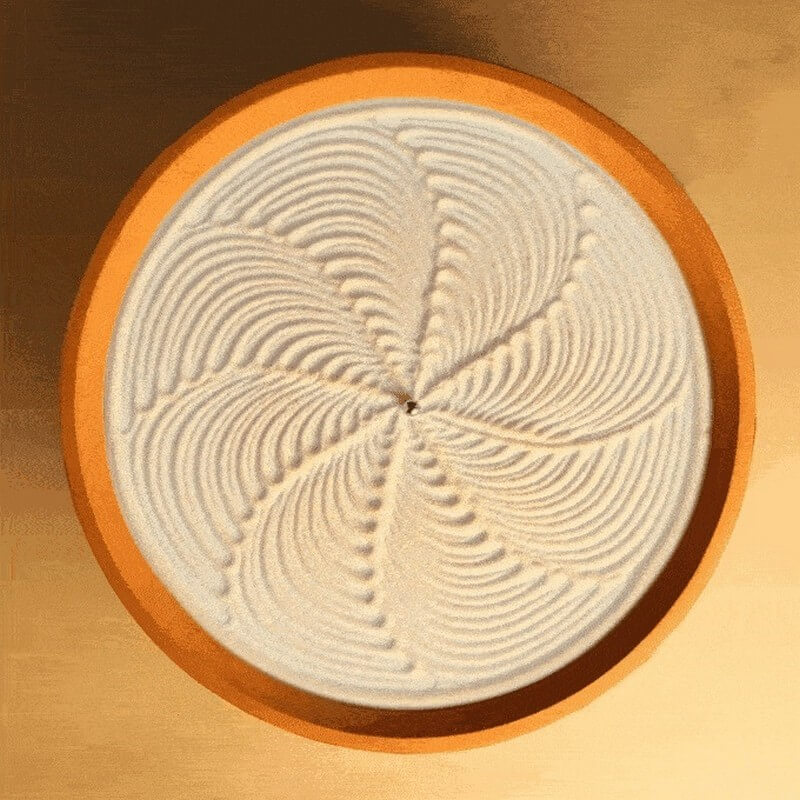 The wooden frame outlines the sand patterns and gives a fine touch while the 45º chamfer in the edges merges the wooden frame with the sand bed into one. Available in black walnut and birch, sandsara is machined out of solid wood and hand-finished with an ultra-thin layer of natural wax to protect it and make the wood grain pop. it is soft to touch and has a sleek matte appearance. 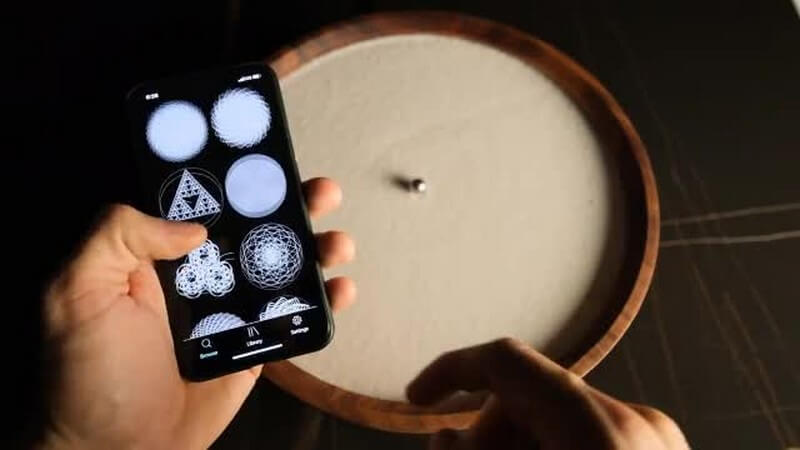 Sandsara comes with an iOS and android app that gives users total control over the design and the light color underneath. Users can choose from over 100 patterns from the growing library and can also design their own.

The app also allows downloading new patterns or translate existing polar or .svg files, meaning that users can pretty much load any pattern they like — possibilities are endless. Programs can be created from purely mathematical methods to manually describing trajectories point to point.