a mechanical model for expansion of a virus

Many viruses consist of an outer protein coat (the virion) containing a DNA or RNA ‘payload’, where the virion undergoes reversible structural changes that allow switchable access to the interior by the opening of interstices through expansion.

These changes may be driven, for example, by variations in pH of the biological medium. The present paper introduces a mechanical model that helps to understand the expansion in terms of classical principles of structural mechanics. 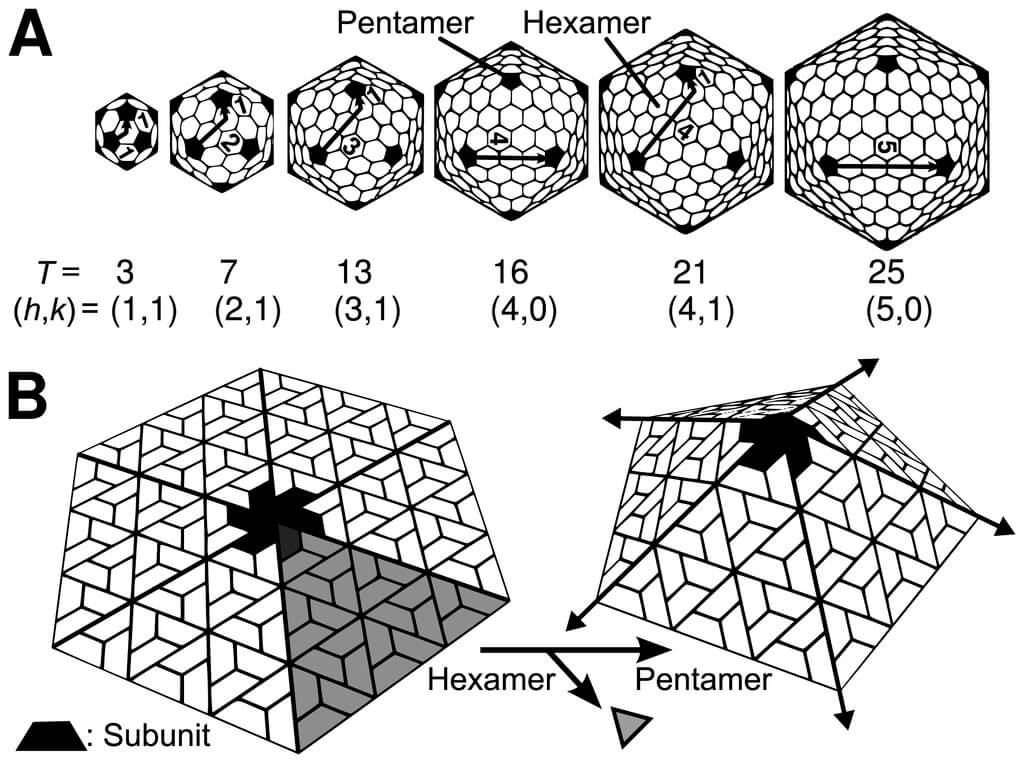 In engineering terms, virion expansion can be considered as the actuation of expandable-retractable nanostructure. Expanding structures on the macroscopic scale have been well studied with a view to exploitation e.g. as deployable structures (ellegrino & Guest, 2000).

Kov´acs et al. (2003) introduced a class of expandable polyhedral structures, the expandohedra, consisting of prismatic faces with a single link along each edge formed by hinged plates. The existence of a ﬁnite breathing motion for such systems depends critically on the correct geometry of the linking hinge assembly. 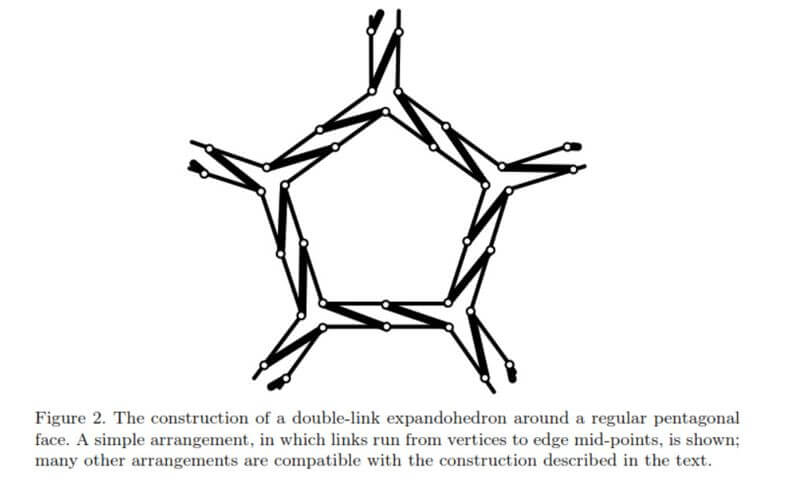 The present paper shows that it is possible to adapt the notion of an expandohedron to the biological context by constructing a double-link expandohedron with several desirable properties. Not only is the double-link structure closer to the observed virus morphology, while retaining a ﬁnite breathing mode, but the existence of this mode is a generic symmetry feature that does not depend on a particular linkage geometry. 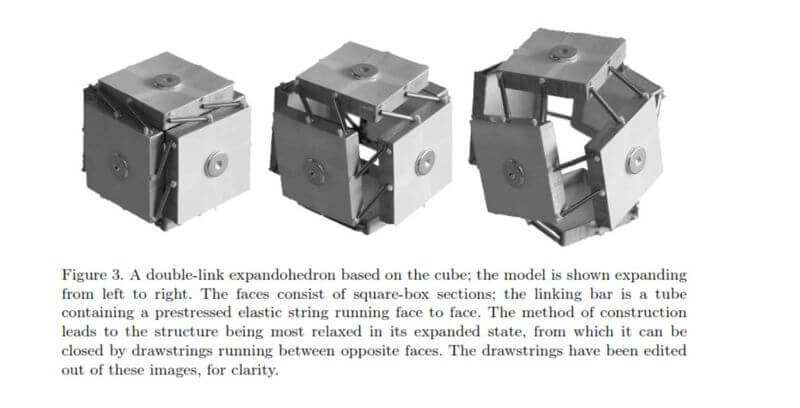 New symmetry-based techniques have been used to provide a general account of the mobility of such expandohedra, giving closed formulae for the symmetry excess of mechanisms over states of self stress for all the possible double-link expandohedra based on trivalent parents. The formulae are cast in terms of the number of links. 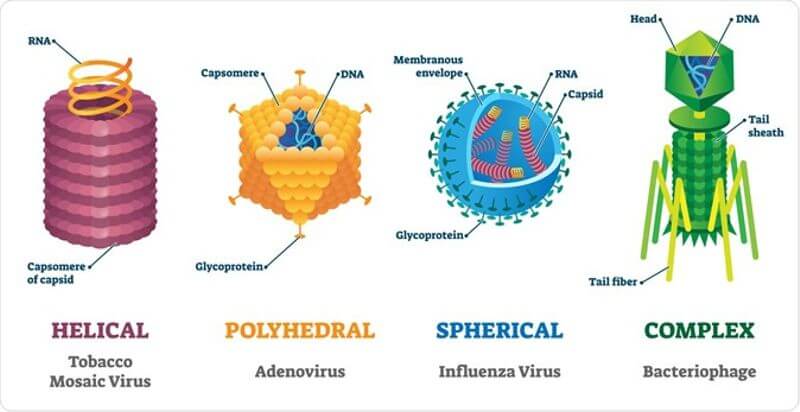 The icosahedral structure is extremely common among viruses. The icosahedron consists of 20 triangular faces delimited by 12 fivefold vertexes and consists of 60 asymmetric units. Thus, an icosahedral virus is made of 60N protein subunits.

Many rod-shaped and filamentous plant viruses have capsids with helical symmetry. The helical structure can be described as a set of n 1-D molecular helices related by an n-fold axial symmetry. 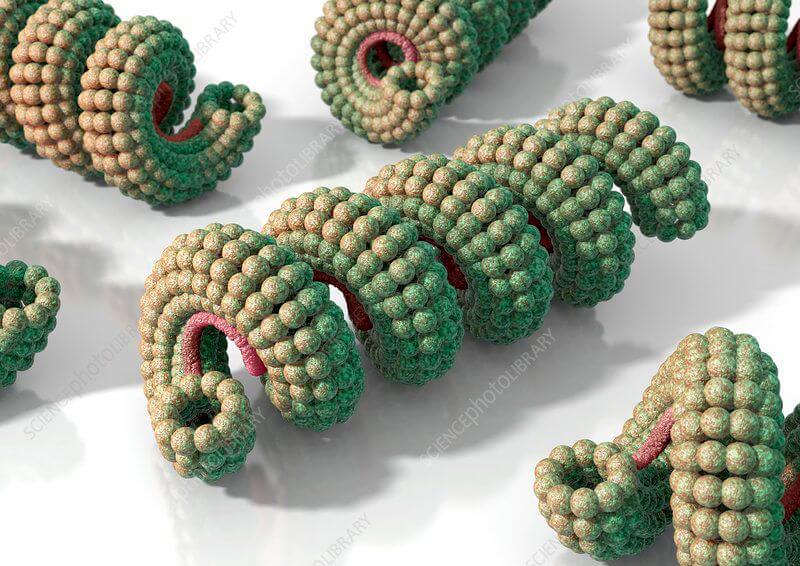