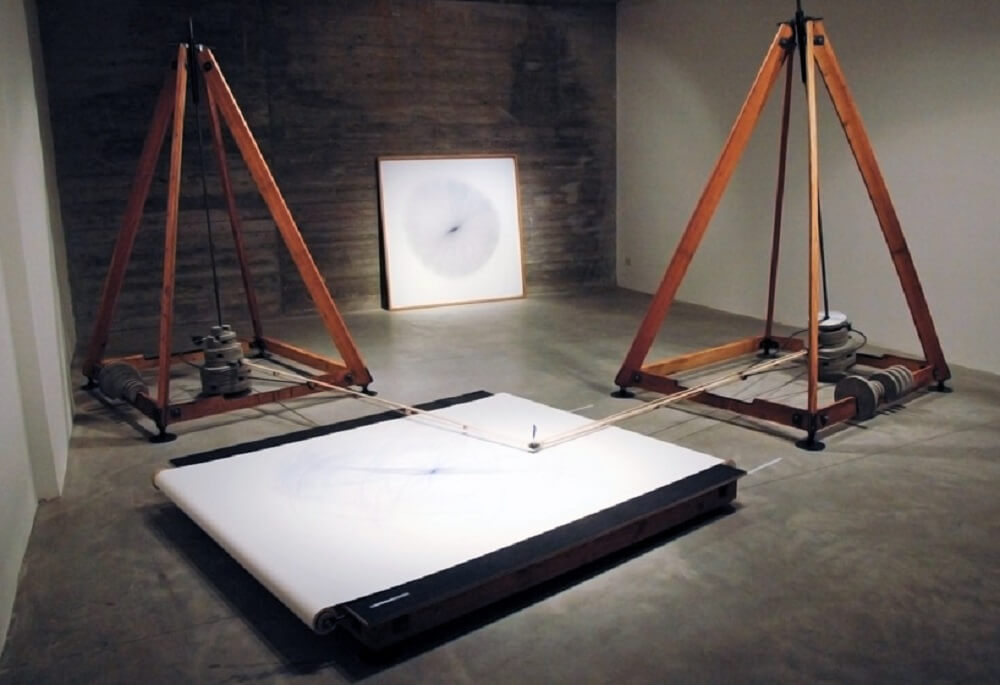 A departure from the renaissance interest in pendulums and the harmonographs of the mid-19th century,  the device is composed of two nine-foot (2.7m) tall pyramidal structures, from the center of each of which is suspended a weighted pendulum. 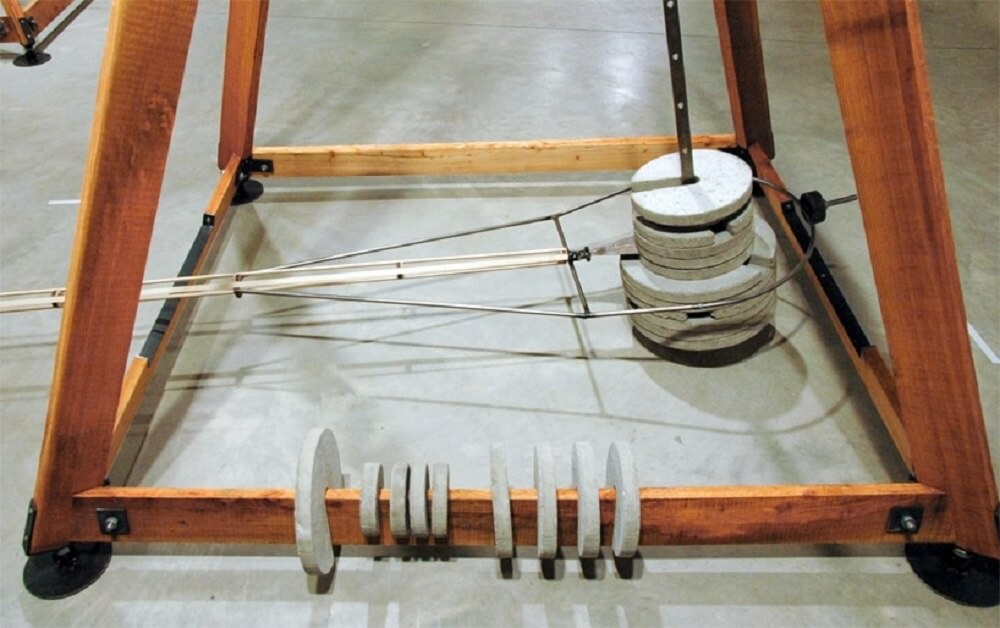 The weight of the pendulums can be adjusted to up to 165 pounds (75kg), by adding and removing slotted concrete disks that are otherwise stored along the base of the towers. more weight produces smaller circles on the paper, while less weight enables a greater swing of the pendulum and thus larger circles. 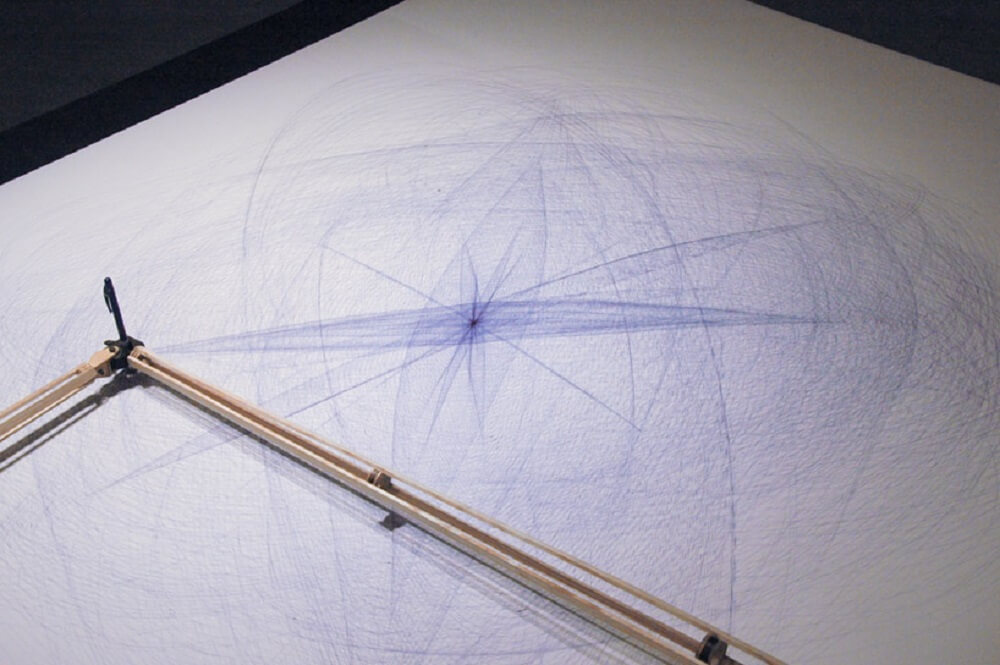 Once set into motion by hand, the pendulums, linked together at the site of the pen, continue in motion from the transfer one another’s kinetic energy. the images produced can range up to nine feet by nine feet in size, and can be produced with any ink pen, in either monochrome or multicolour by switching pens in and out during the production process. for milan design week, rex planned to let the machine run continuously to produce a single image each day, stopping it only to swap pens in and out. 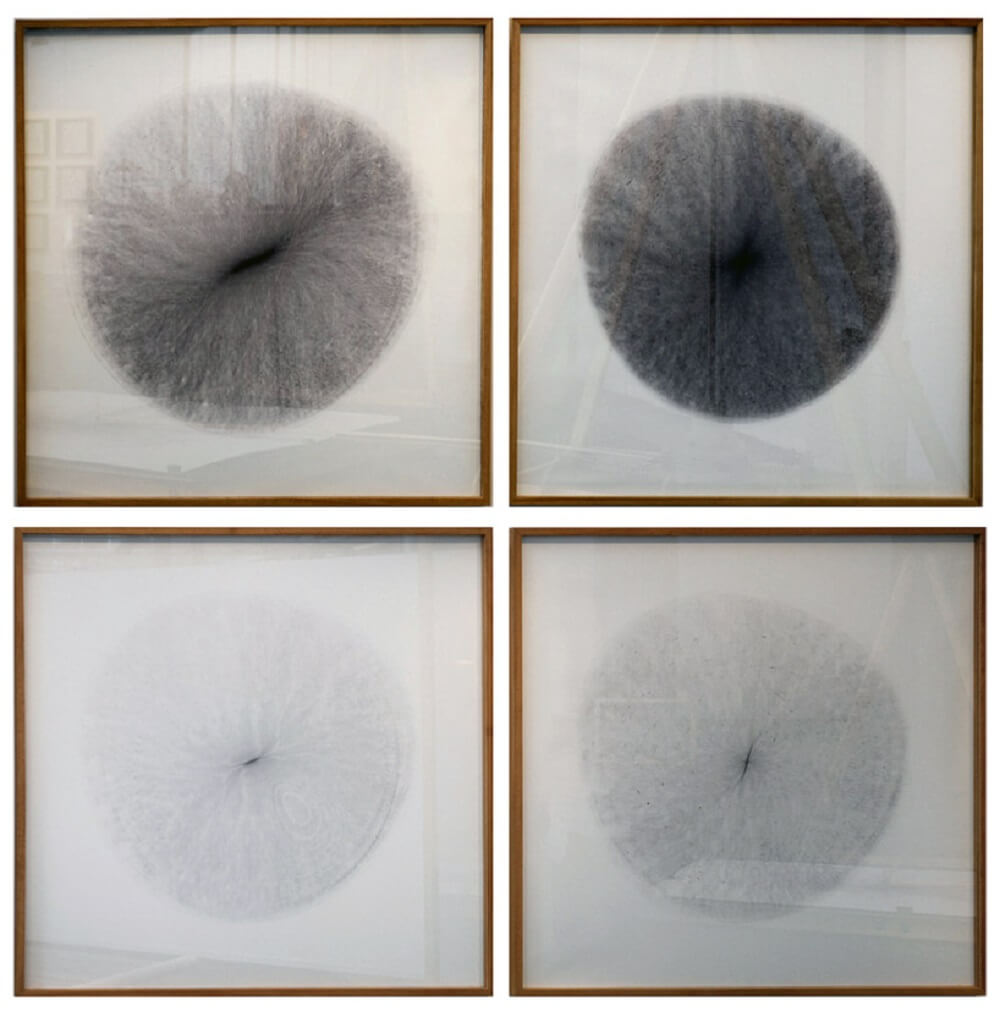