Integrating Responsive and Kinetic Systems in the Design
Studio: A Pedagogical Framework 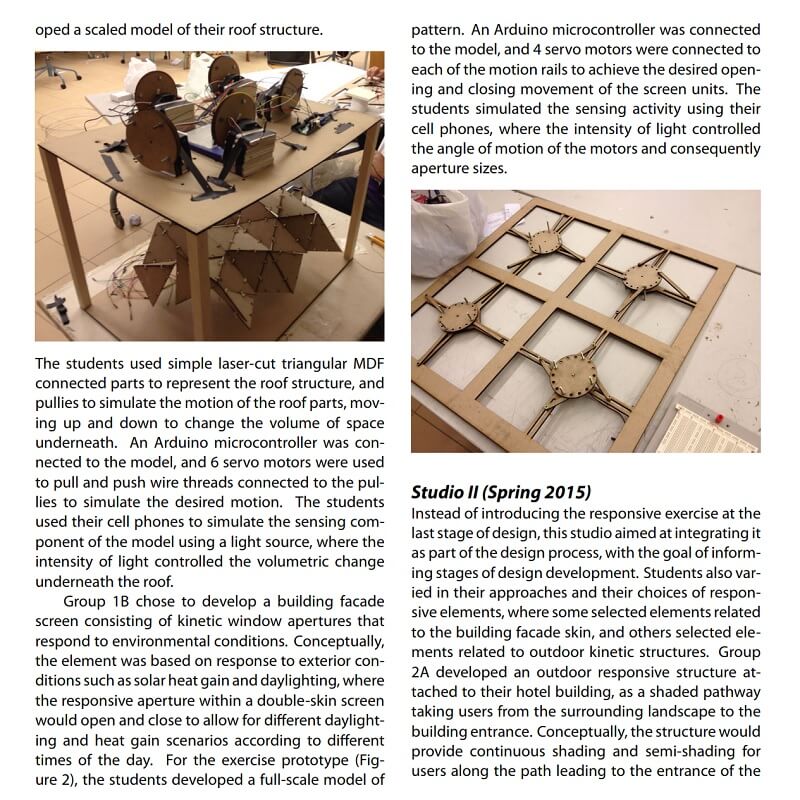 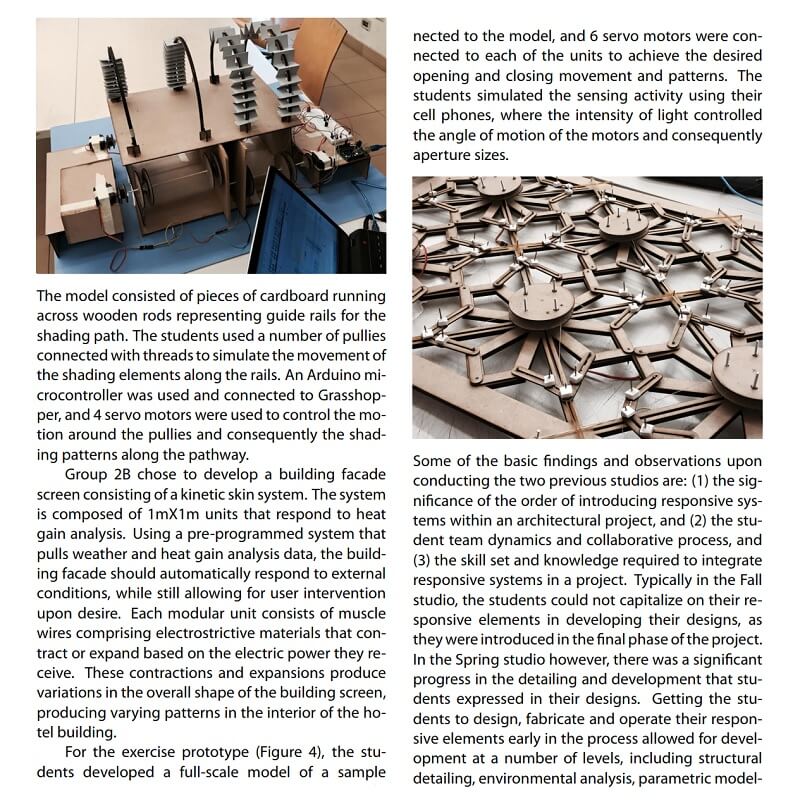 The framework builds on findings of two design studios conducted at The American University in Cairo, Egypt. In both studios, students were asked to design elements of responsive architecture that work towards the development of their projects. 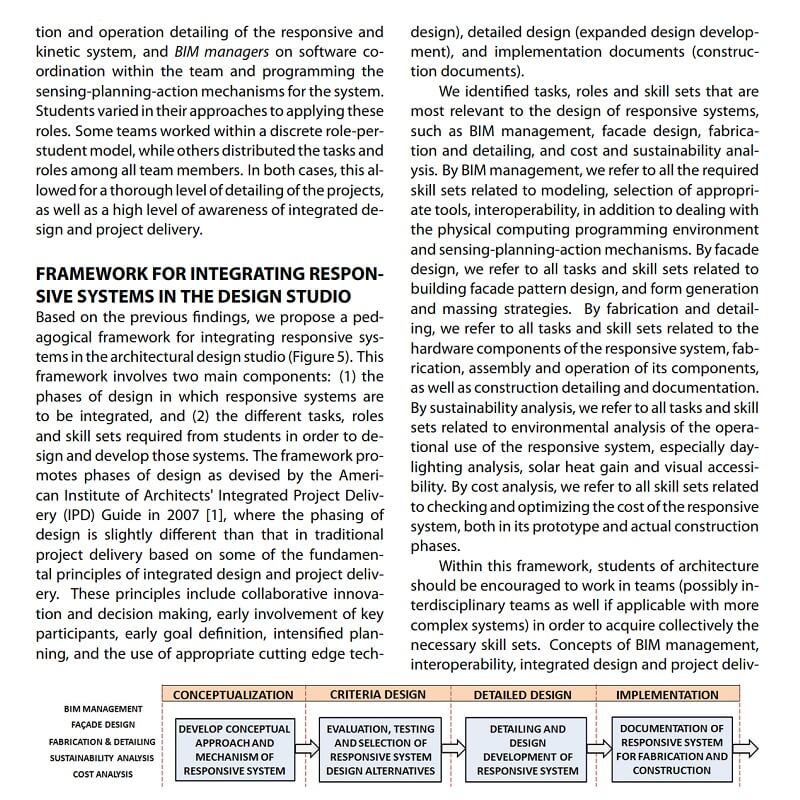 The paper demonstrates the process and outcomes of both studios. It then demonstrates how concepts of integrated project delivery are incorporated to propose a framework that engages students in designing, fabricating and operating responsive systems in different phases of the design process. A discussion follows regarding dynamics of design studio in light of the proposed framework. 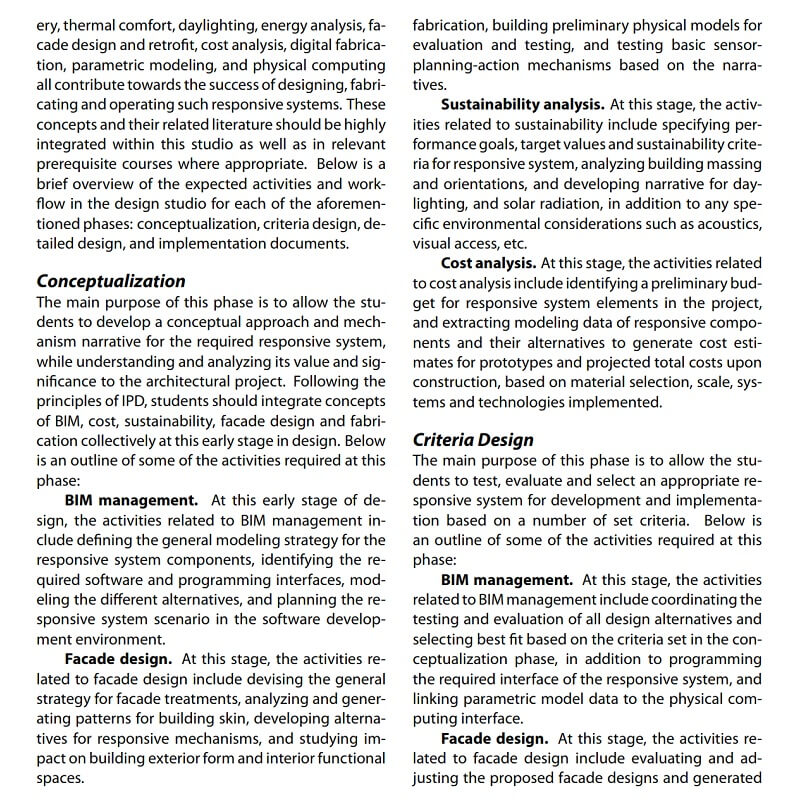