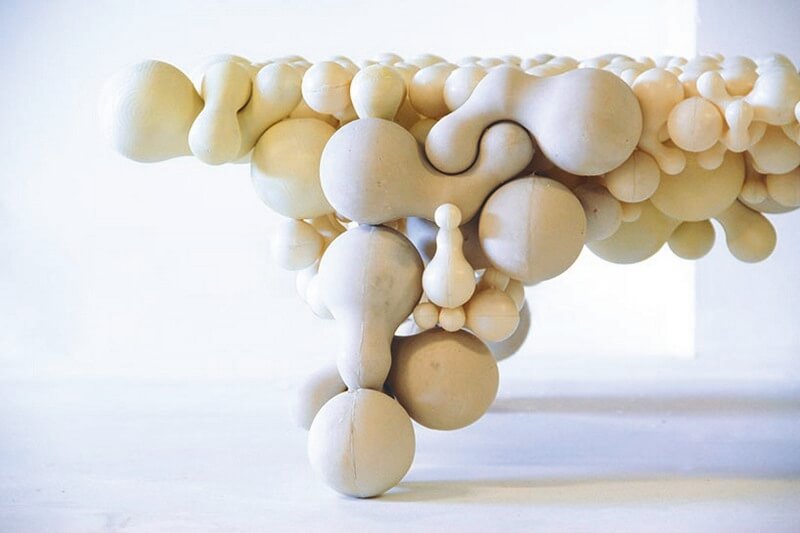 A new generation of research initiated by the bartlett school of architecture’s design computation lab looks into robotically assembled furniture, a process which is essentially lego-like building blocks which can be configured into complex forms. the research, titled mickey matter’s has been conducted in collaboration with the ‘architectural design mArch’ program at the school, focusing on the development of highly cost-effective production methods. 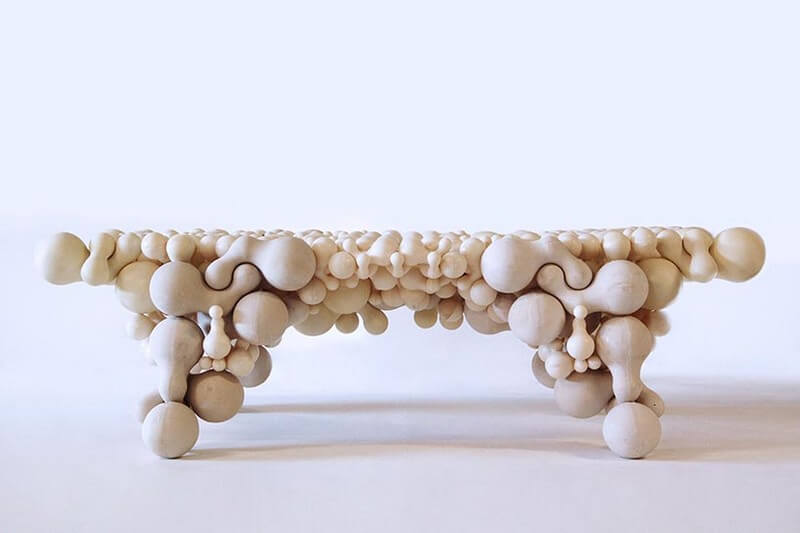 Just like LEGOs, these standardised building blocks are always the same. rather than using the robot to craft a complicated form with hundreds of different elements, the complexity here emerges from the combination of simple building blocks. these building blocks can be understood as ‘voxels’ or volumetric pixels — a digital method which is popular in computer visualisations for scientific analysis 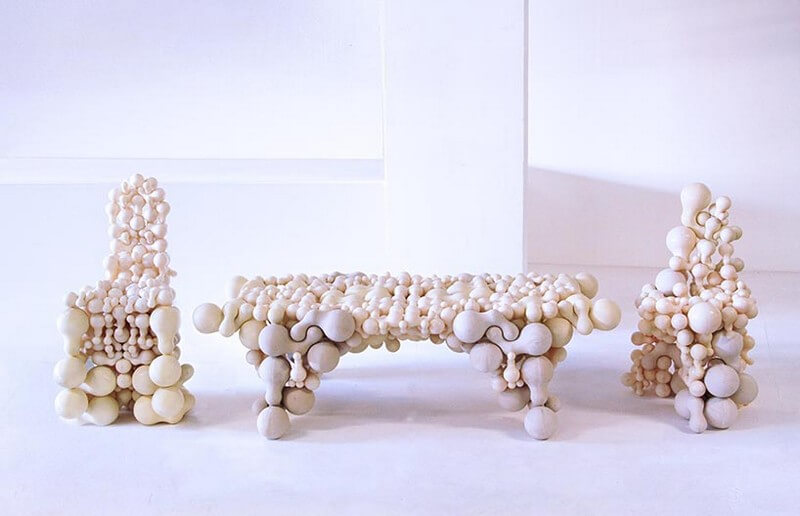 Discrete robotic assembly is inherently faster than 3D printing and other forms of robotic assembly. it reduces the cost, allows for different materials and at the same time maintains a high level of formal complexity. these properties open the possibility for robotic fabrication to scale up to an architectural scale. 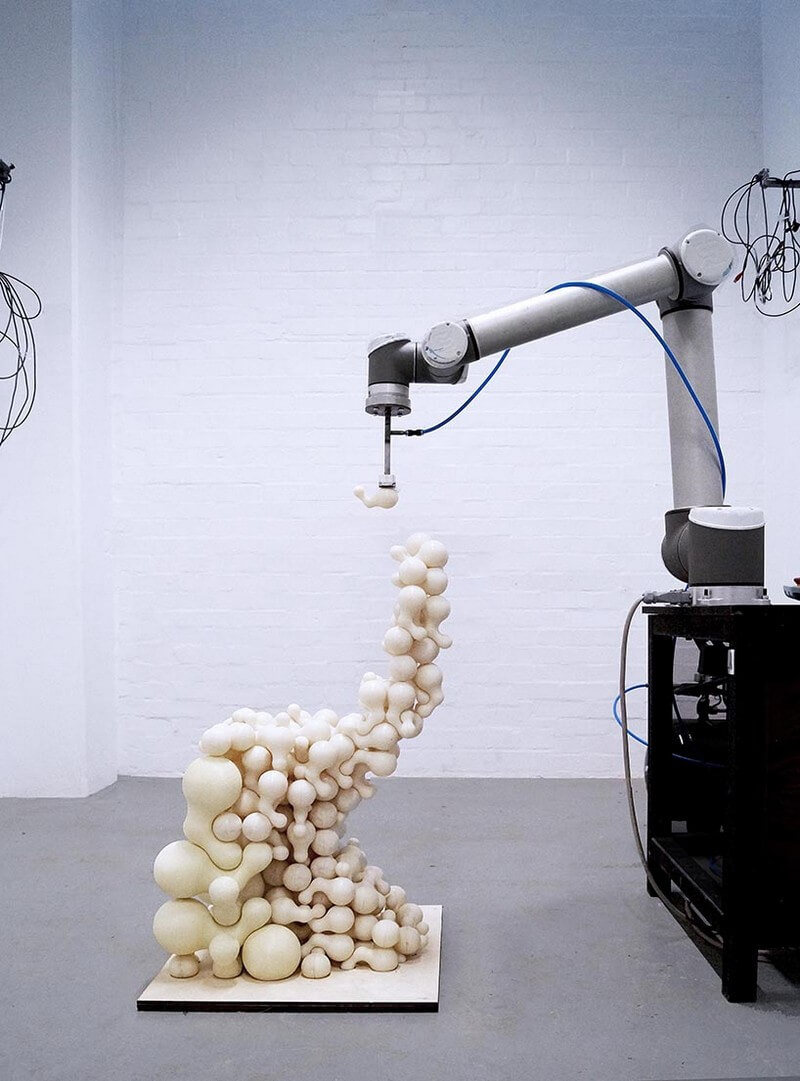 A team of students from b-pro research cluster 4 (panagiota spyropoulou, hyein lee, pooja gosavi, pratiksha renake) initiated the project ‘mickey matter’, research focused on the development of a highly cost-effective production method, using a compression moulding process. custom aluminium moulds in three different scales were designed and fabricated using CNC milling. these can then be used to produce cheap, but highly precise pieces. the material used is ABS pellets, but other materials such as plaster-composites and flexible plastics were also tested. 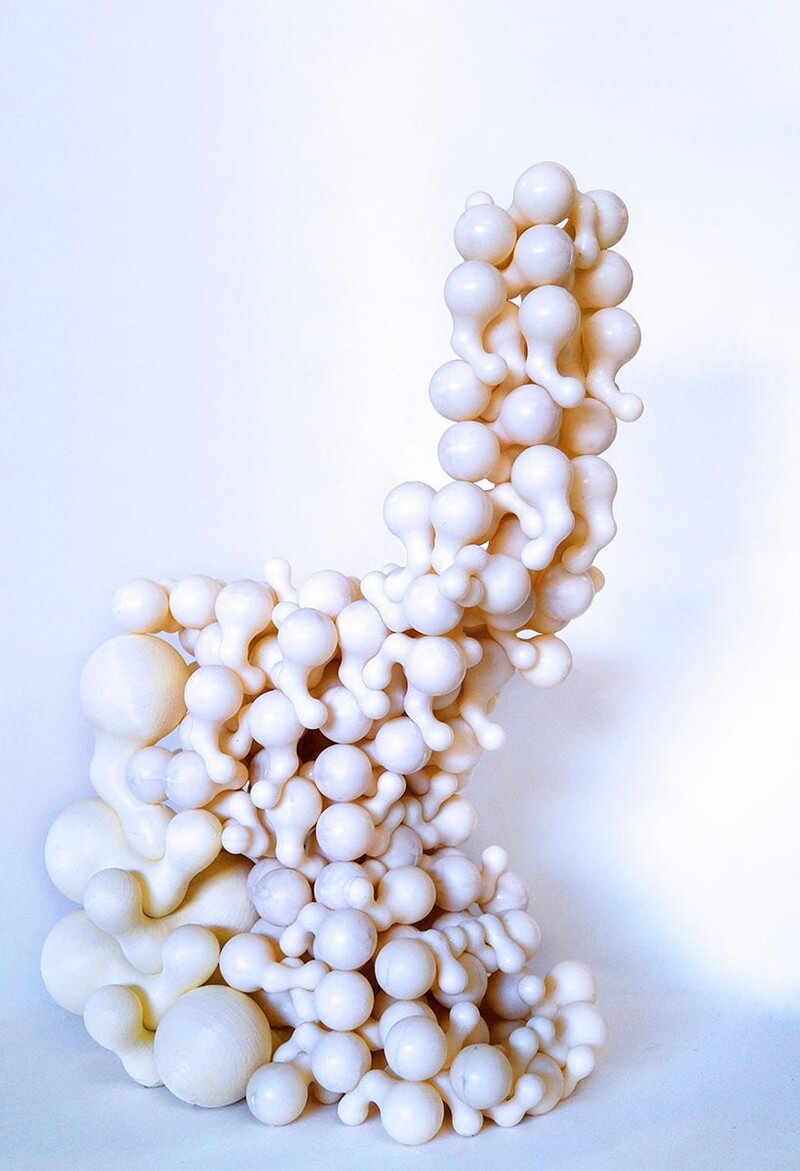 The elements are designed in two parts, with a joint connection. this allows to make the elements hollow and lightweight. using a custom-made vacuum gripper attached to the industrial robotic arm, the building blocks can be picked up by the robot and assembled with a simple, rapid pick and place mechanism. the spherical geometry reduces the need for high-tolerance and precision in the assembly. 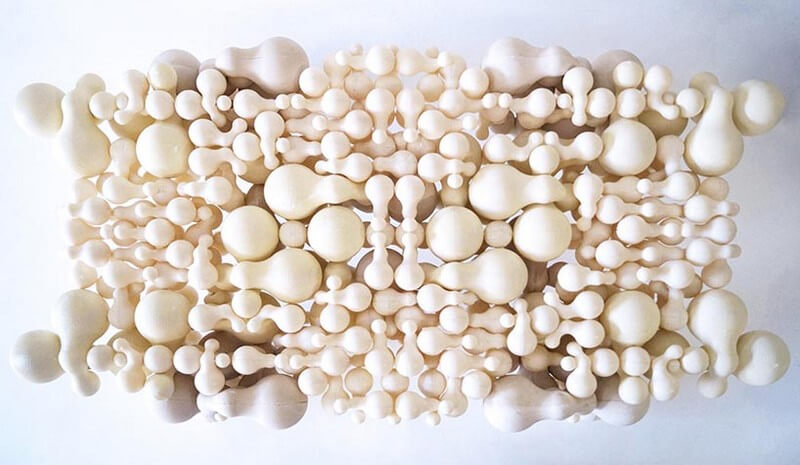