Polish designer Oskar Zieta has created a public sculpture in Wrocław using an inflated steel technique he plans to use for larger works of architecture. The Nawa pavilion is installed on Daliowa, one of many small islands in the Oder River where it runs through Wrocław. The reflective, undulating structure — composed of 35 metal arches — was sculpted using air to inflate the cavity between two thin steel sheets, welded at their edges. 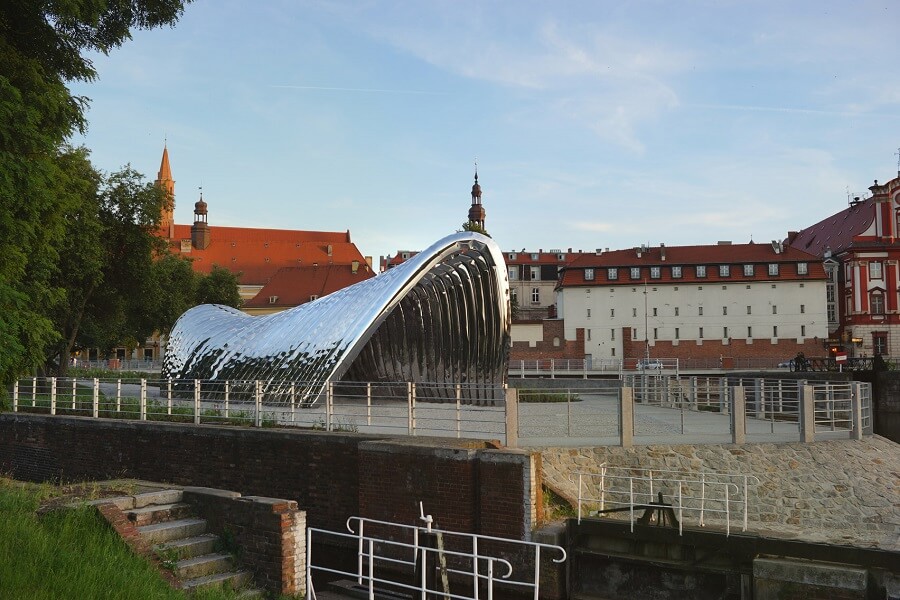 Zieta calls this technique FiDU, or freie innen druck umformung in German, which roughly translates to internal pressure forming. It is a process he developed while studying at ETH Zurich in the early 2000s and has continued to evolve since. “It is the most flexible tool-less metal forming technique ever,” Zieta told Dezeen. “It allows us to create innovative, customised bionic shapes and fully recyclable objects using very efficient mass-production processes and individualised shaping methods.”

Zieta used the method to make his Plopp stool for design brand Hay in 2008. Since then, his aspirations for FiDU have grown. “Durability tests run on the Plopp stool gave surprising results,” he said. “A stool weighing just a few kilograms can stand a load of 2.6 tons. This is the weight of a full-grown elephant or two small cars. This drives us to create things that are not only beautiful but also technologically unique.” 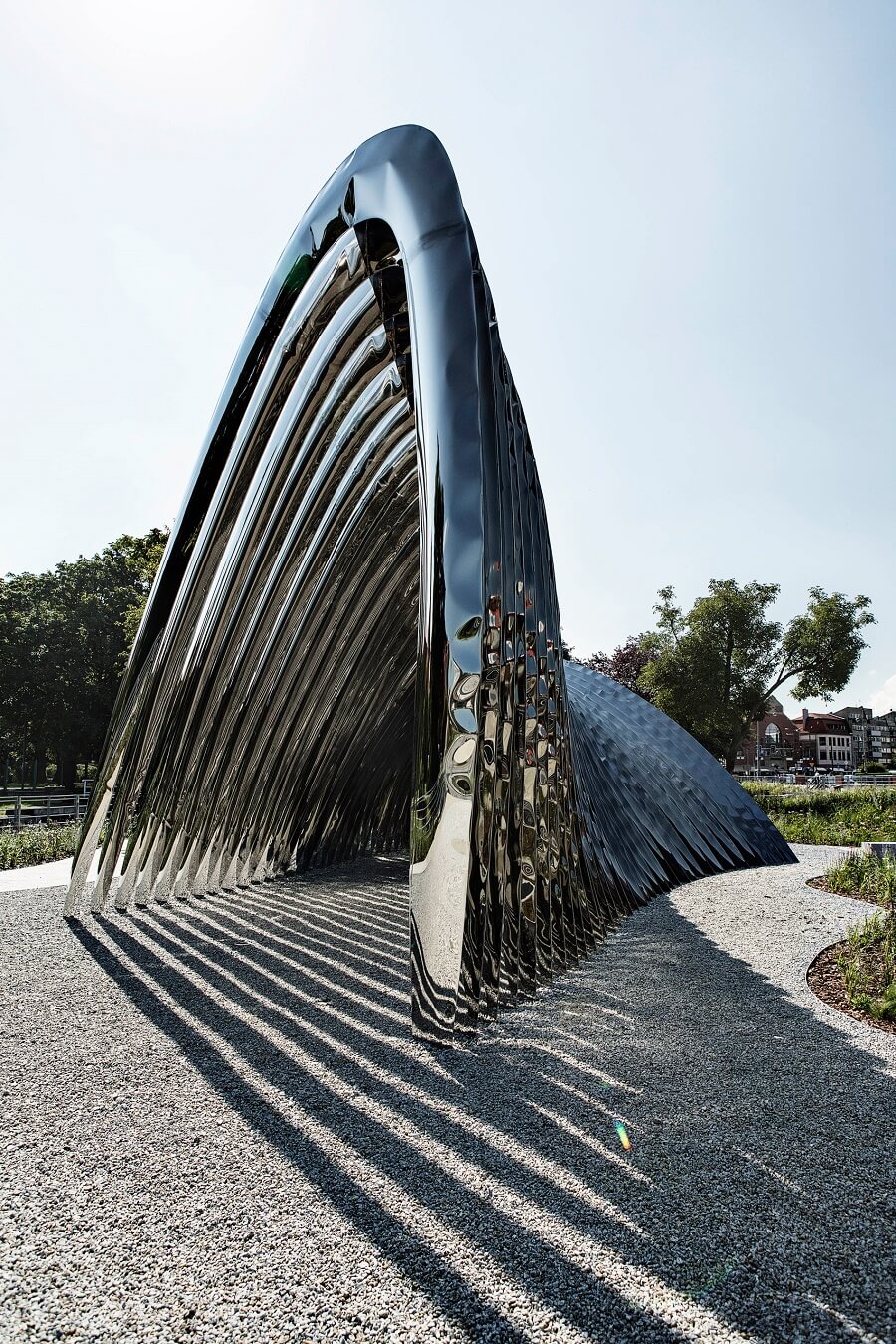 Nawa was erected in Daliowa in 2017 as part of an initiative to revitalise the island, where visitor numbers were in decline. It will remain there as a permanent installation. Its polished steel surface reflects its surroundings, changing the sculpture’s appearance throughout the day, while the arched shape is meant to look organic, like it could have “grown straight from the ground”.

A parametric design processes led to Nawa’s final form — Zieta plugged parameters relating to the desired size and shape into software, which determined the optimal shape of the object. 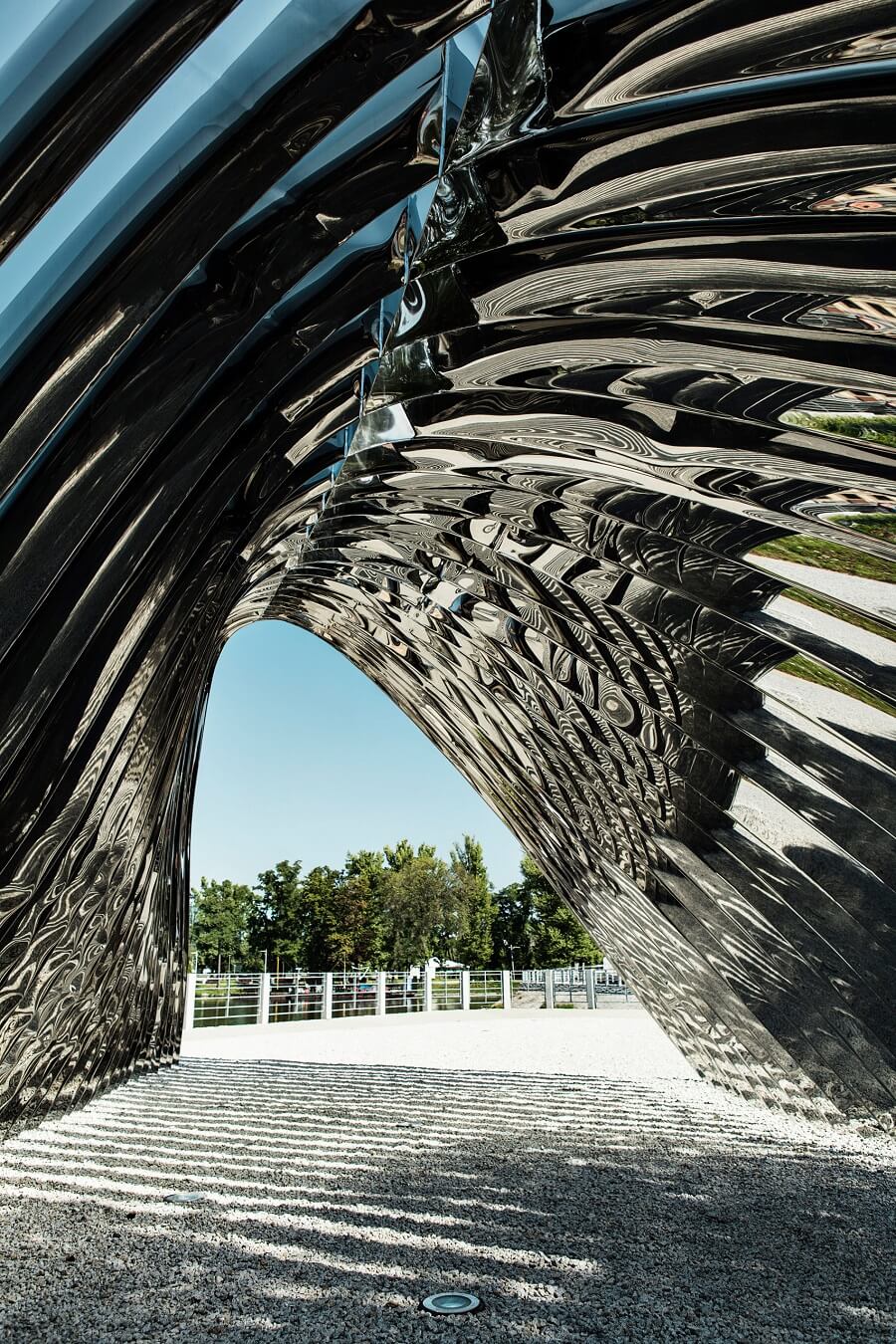