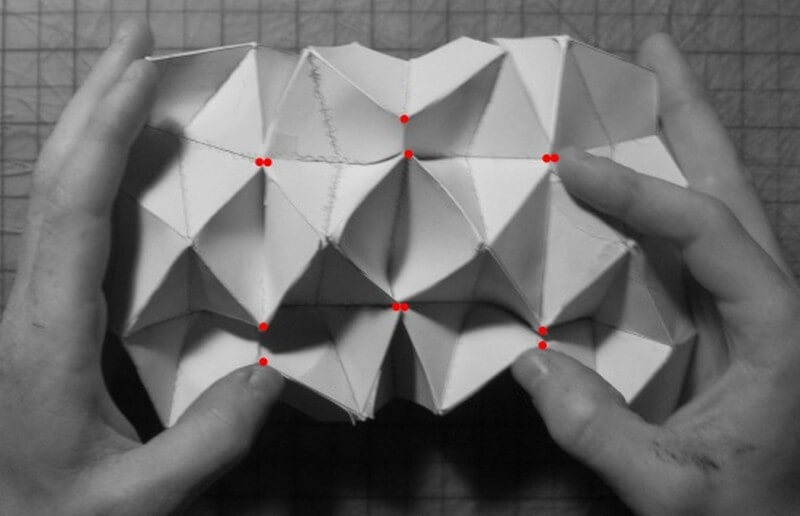 With his first folding tests, Mitch Lorberau mostly worked with printers and physical cuts, in lieu of constructing the grasshopper definition side by side, and limited experience with laser cutting. The pattern was based around a strip module which he replicated and offset to form a larger pattern.  At first the sheet was quite resistant to folding, but then he realized he was pushing the wrong modules- by shifting his technique he realized the points marked in the image can converge to an almost touching position.

Laser cutting grasshopper definition will reveal more than physical models have been able to, because it’s not clear some observed bending on the ridge folds is due to overworking the material, or is a problem which can by solved with additional folds. 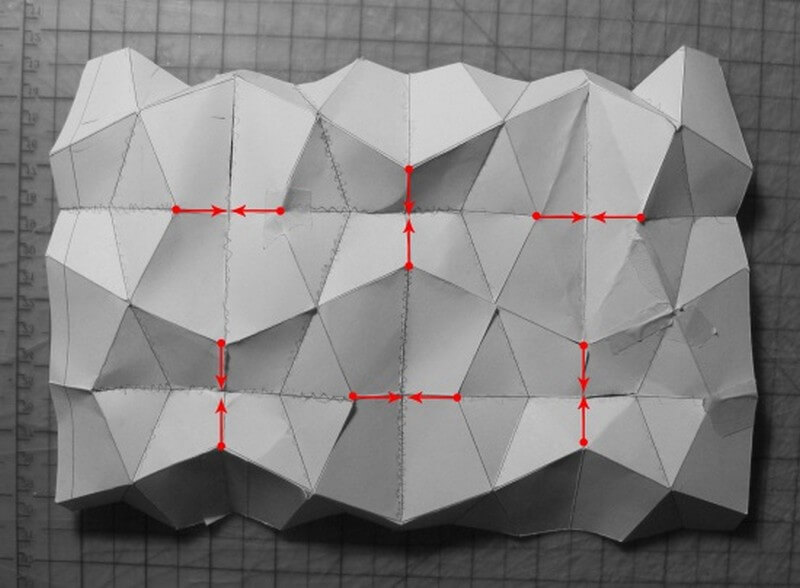 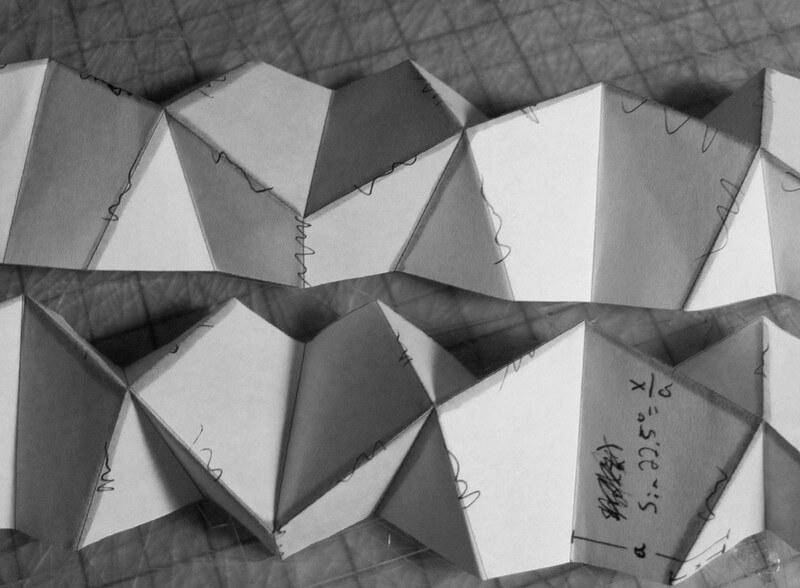