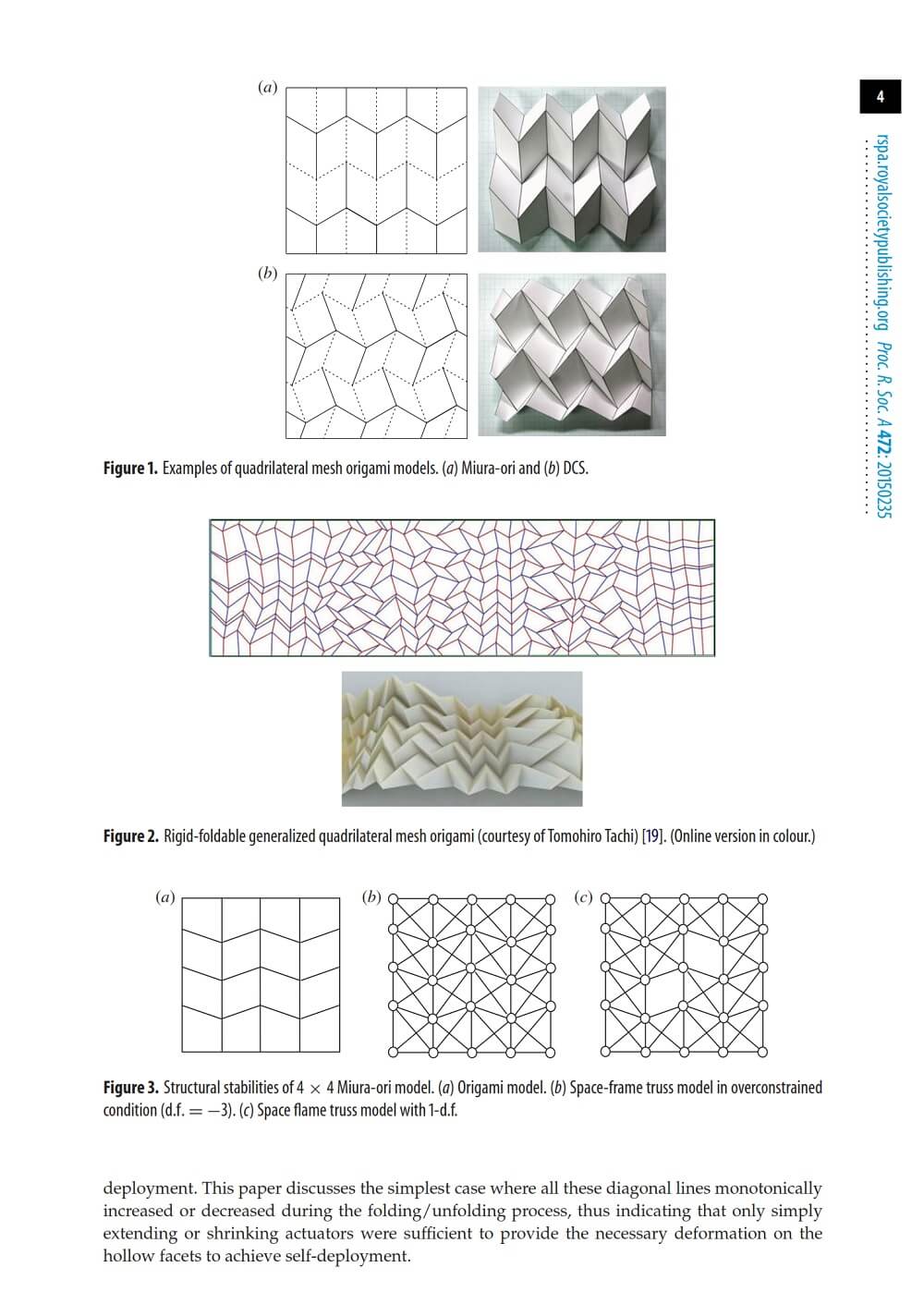 Usually, origami-based morphing structures are designed on the premise of ‘rigid folding’, i.e. the facets and fold lines of origami can be replaced with rigid panels and ideal hinges, respectively. From a structural mechanics viewpoint, some rigid-foldable origami models are overconstrained and have negative degrees of freedom (d.f.). In these cases, the singularity in crease patterns guarantees their rigid foldability. This study by Kazuya Saito, Akira Tsukahara and Yoji Okabe presents a new method for designing self-deploying origami using the geometrically misaligned creases. In this method, some facets are replaced by ‘holes’ such that the systems become a 1-d.f. mechanism. 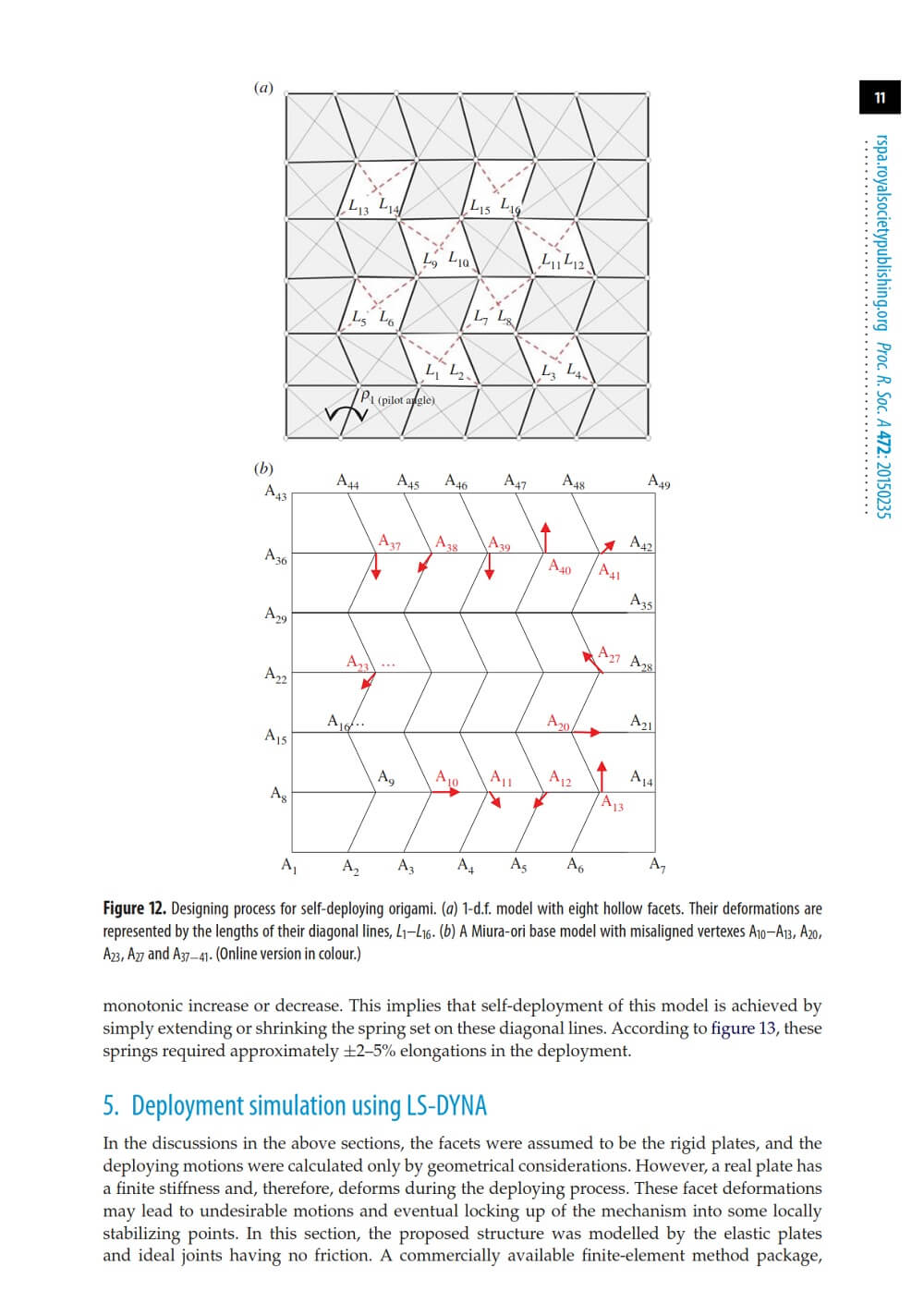 These perforated origami models can be folded and unfolded similar to rigid-foldable (without misalignment) models because of their d.f. focusing on the removed facets, the holes will deform according to the motion of the frame of the remaining parts. In the proposed method, these holes are filled with elastic parts and store elastic energy for self-deployment. First, a new extended rigid-folding simulation technique is proposed to estimate the deformation of the holes. Next, the proposed method is applied on arbitrary-size quadrilateral mesh origami. Finally, by using the finite-element method, the authors conduct numerical simulations and confirm the deployment capabilities of the models. 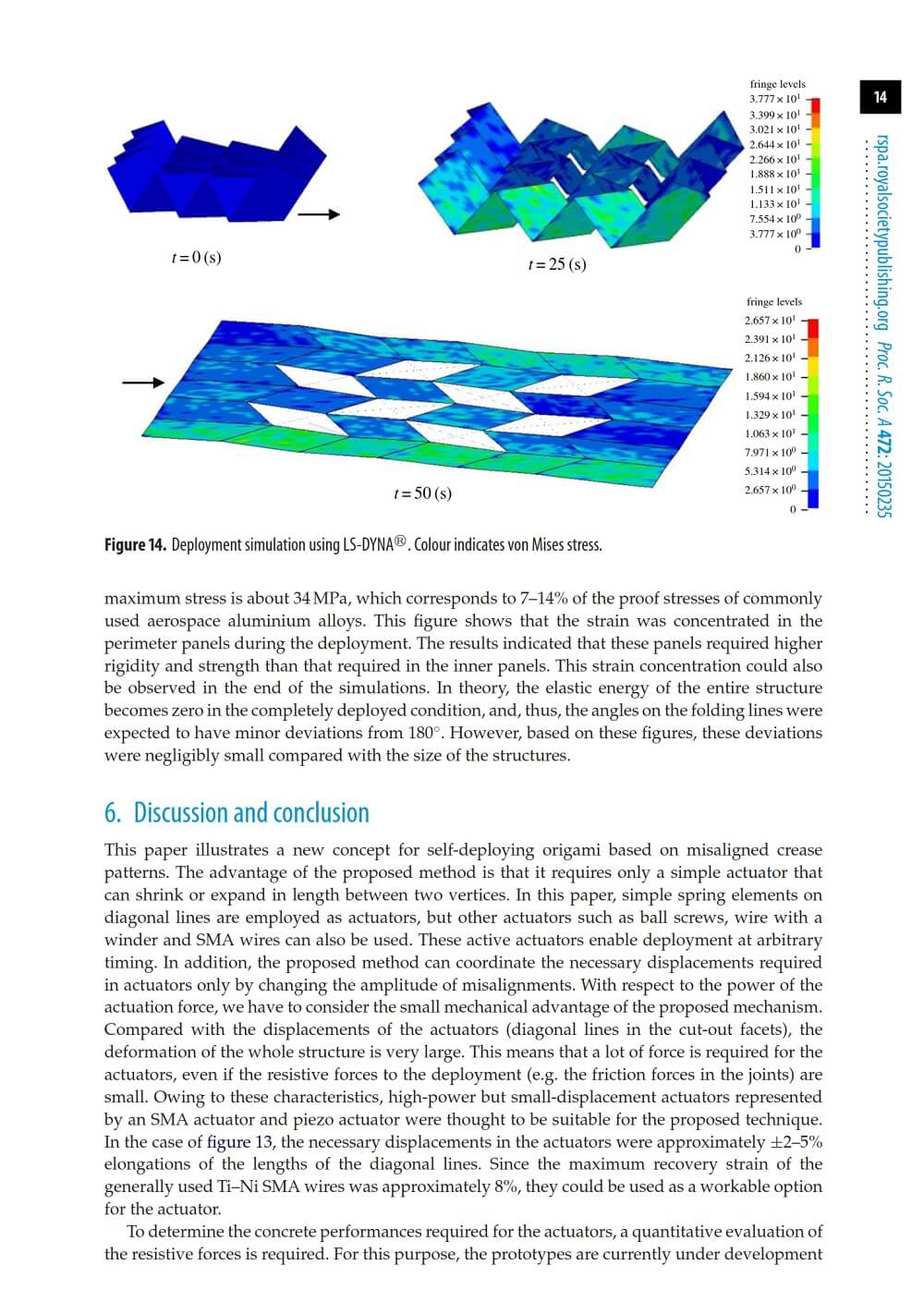