This paper by Efilena Baseta and Klaus Bollinger presents a construction system which offers an efficient materialization method for double-curved gridshells. This results in an active-bending system of controlled deflections. The latter system embeds its construction manual into the geometry of its components. Thus it can be used as a self-formation process. The two presented gridshell structures are composed of geometry-induced, variable stiffness elements. The latter elements are able to form programmed shapes passively when gravitational loads are applied. Each element consists of two layers and a slip zone between them. The slip allows the element to be flexible when it is straight and increasingly stiffer while its curvature increases. 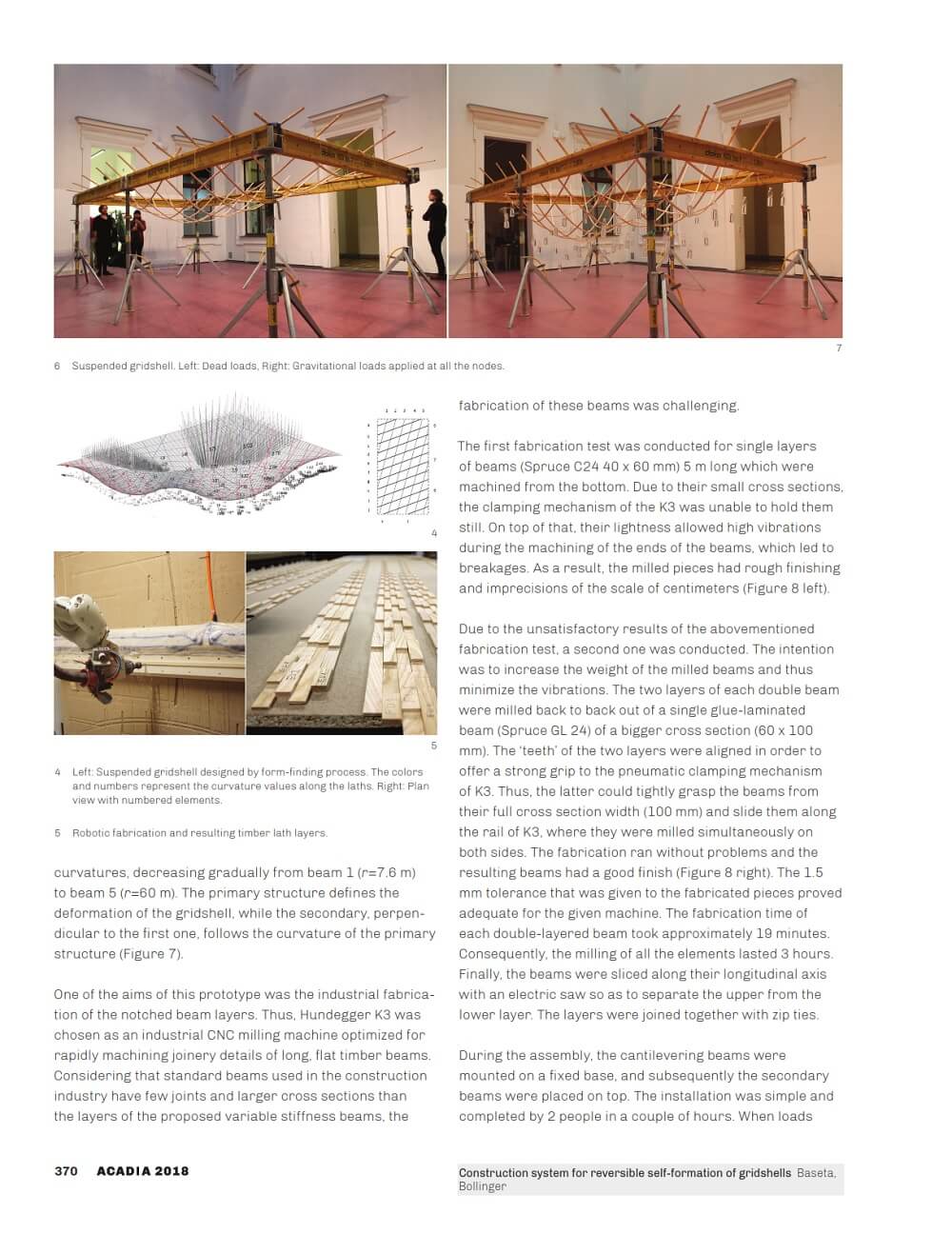 The amplitude of the slip defines the final deformation of the element. As a result, non-uniform deformations can be obtained with uniform cross sections and loads. When the latter elements are used in grid configurations, self-formation of initially planar surfaces emerges. The presented system eliminates the need for electromechanical equipment since it relies on material properties and hierarchical geometrical configurations. Wood, as a flexible and strong material, has been used for the construction of the prototypes. 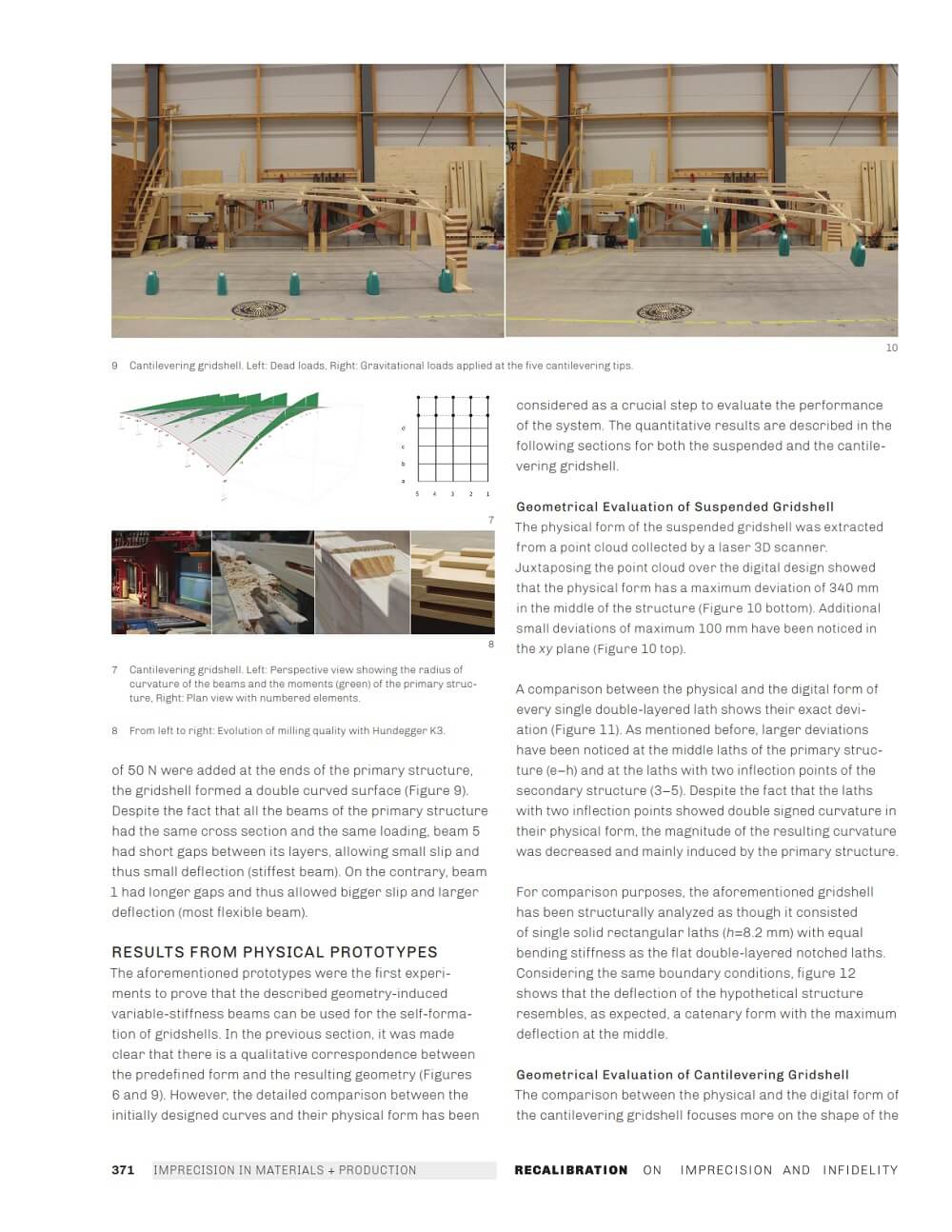 The fabrication of the timber laths has been done via CNC industrial milling processes. The comparison between the initial digital design and the resulting geometry of the physical prototypes is reviewed in this paper. The aim is to inform the design and fabrication process with performance data extracted from the prototypes. Finally, the scalability of the system shows its potential for large-scale applications, such as transformable structures. 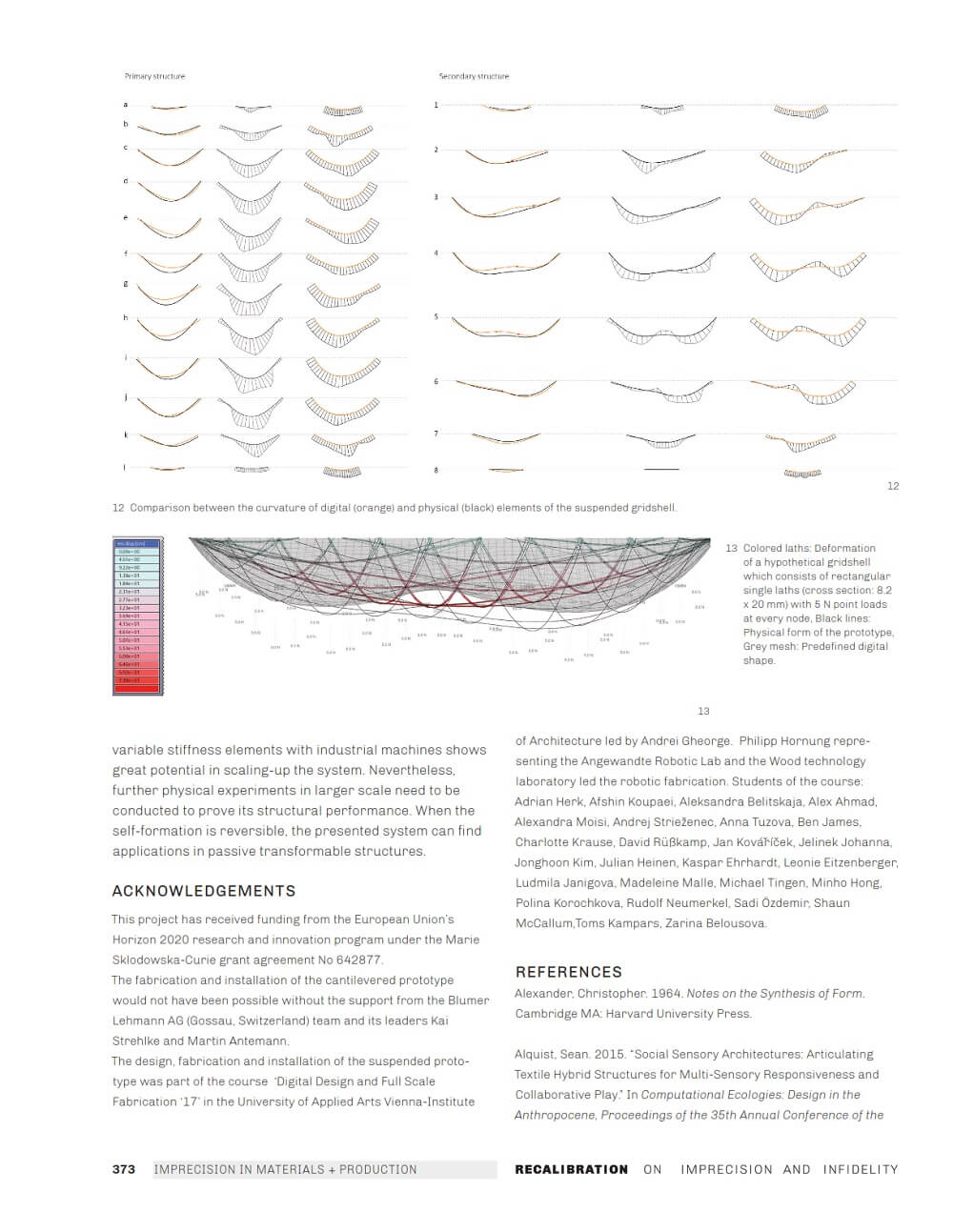