In this short lesson, you will learn how to model rotating boxes on a series of perpendicular frames from a simple curve. 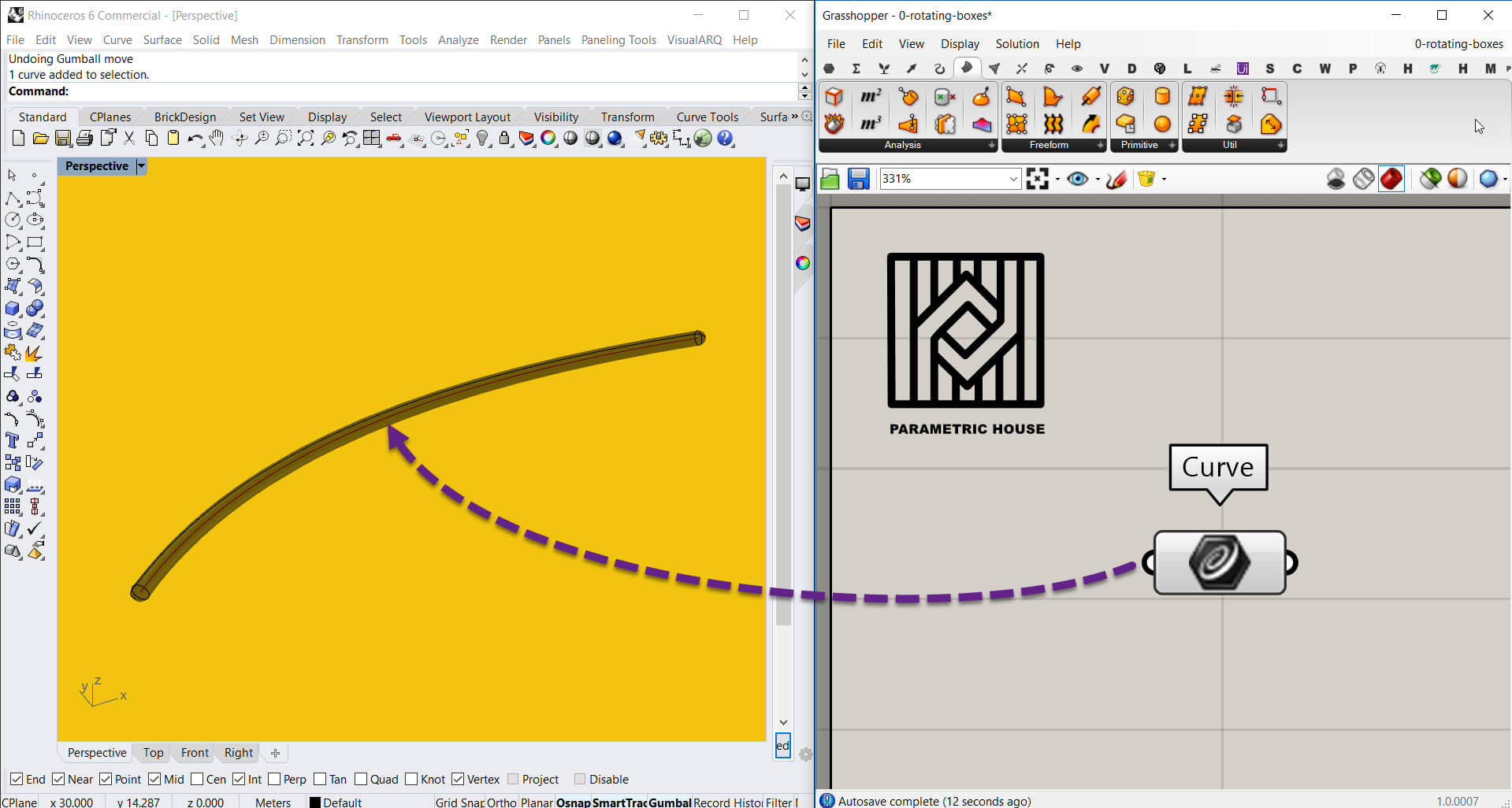 First of all, you can draw a curve in Rhino and import it to Grasshopper by putting a “Curve” component from the Params> Geometry Menu. Right-click on the curve component and select “set  one curve” 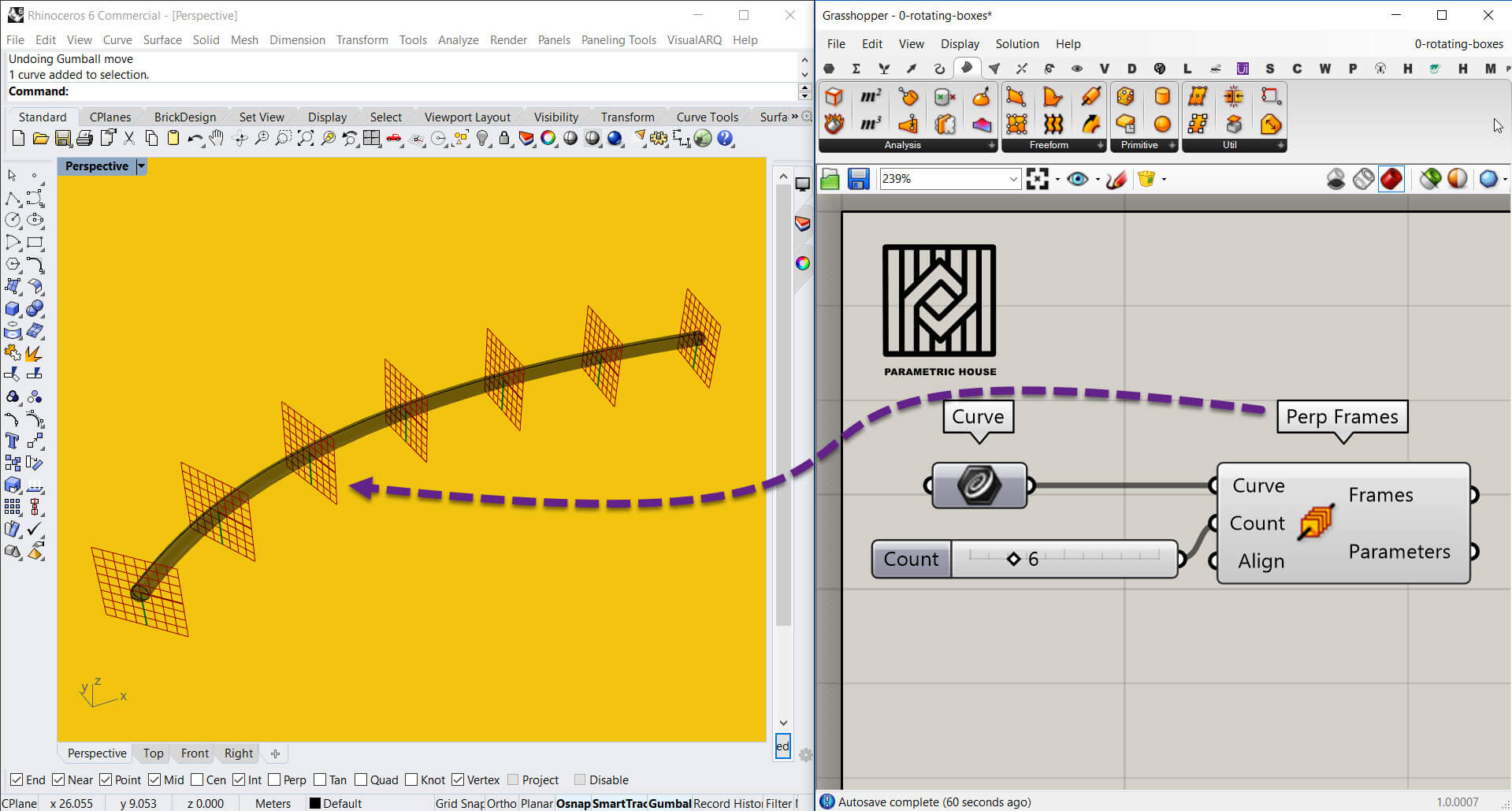 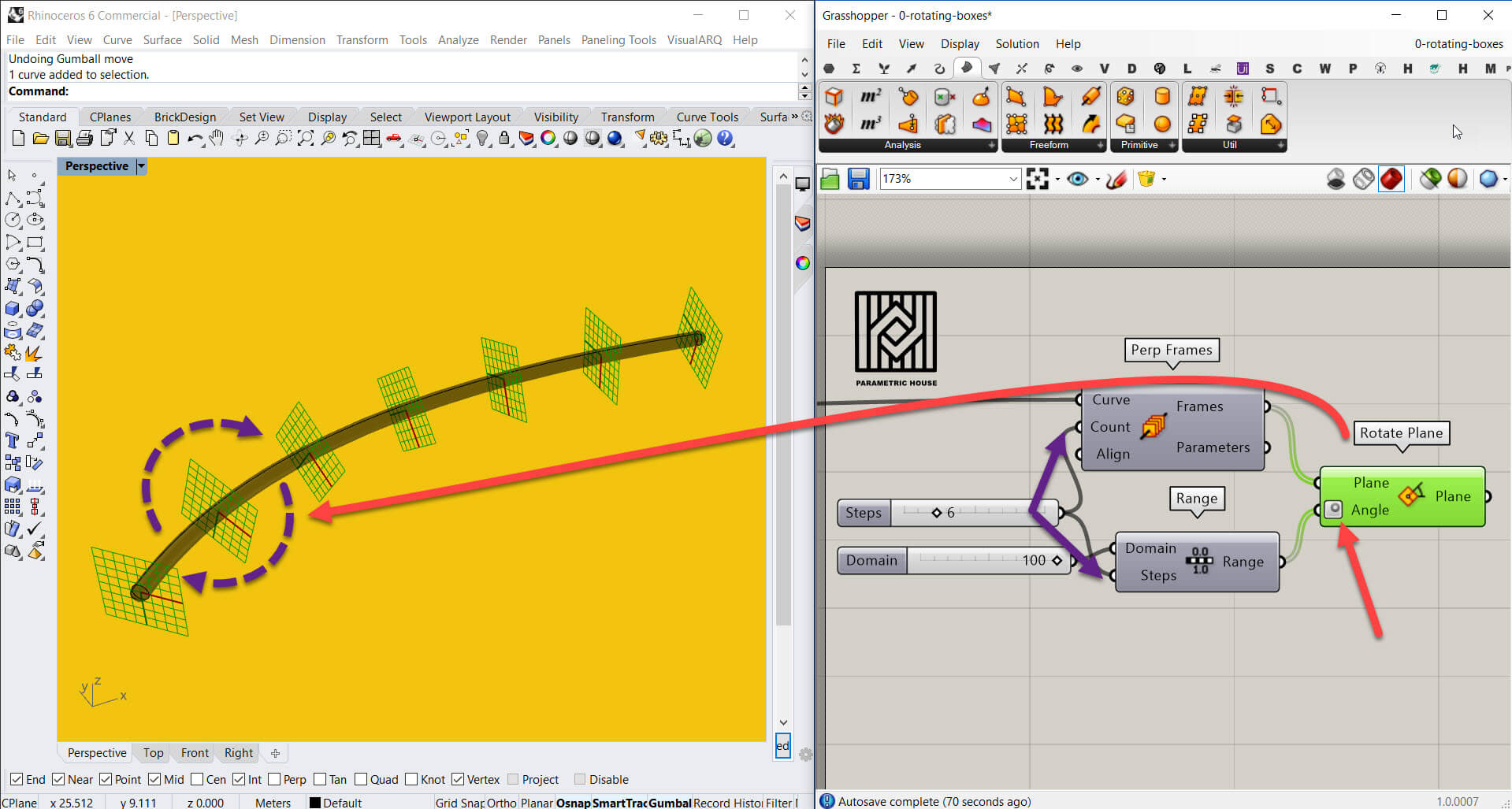 The next step is to rotate the frames by a range of numbers. the “Rotate plane” component is located in Vector>Plane. You can right-click on the angle and select degree. Get the Range component from Sets>Sequence and by giving a number slider to the Domain input it will produce a series of numbers between zero and the number slider. Be sure to give the same count from the “per frames” to the steps of Range component. 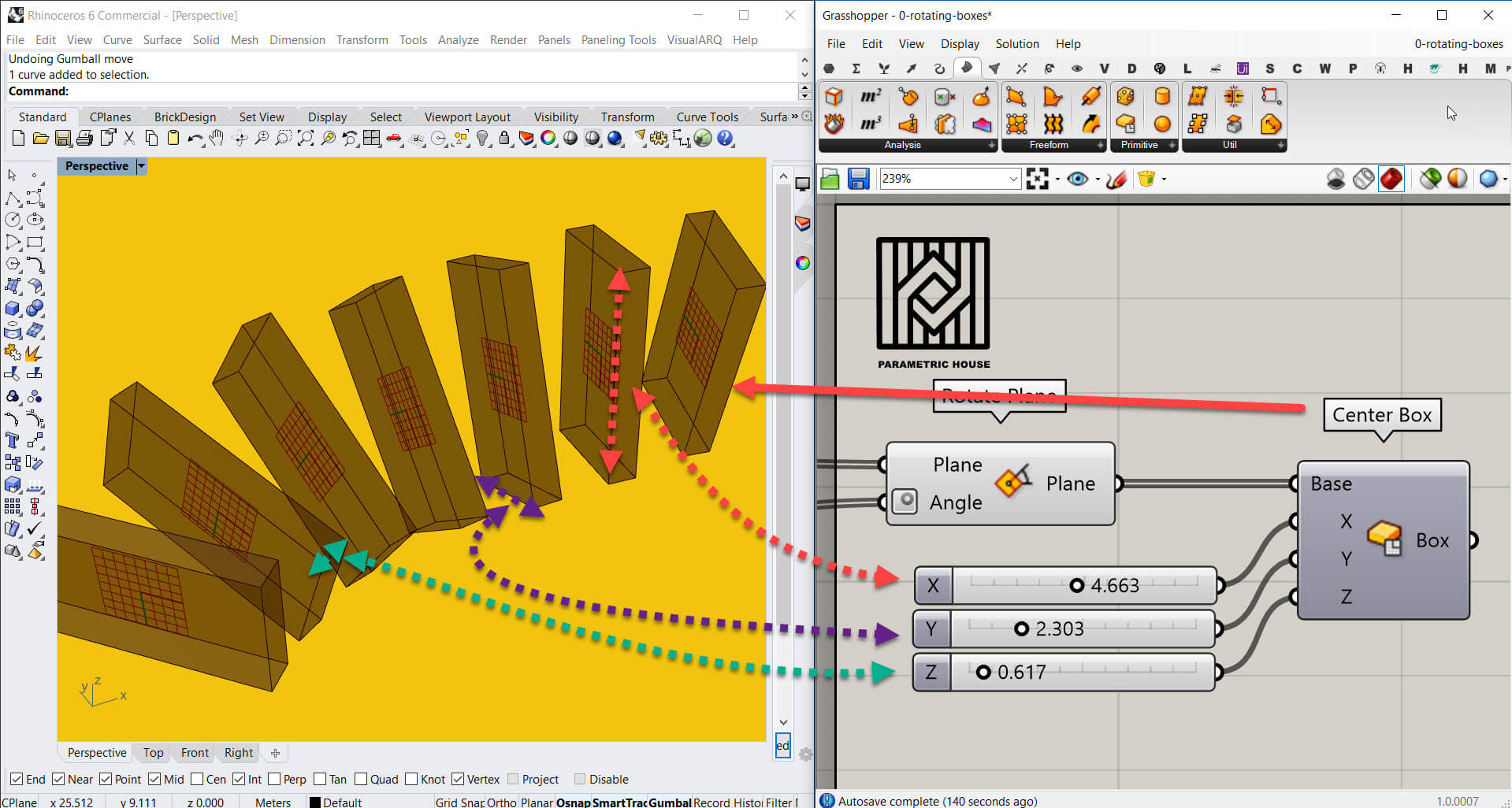 The last step is to give a Center Box to the Rotate Plane component. You can find it from the Surface>Primitive tab. This will make a series of boxes around the planes. Change the x/y/z to change the boxes dimensions. 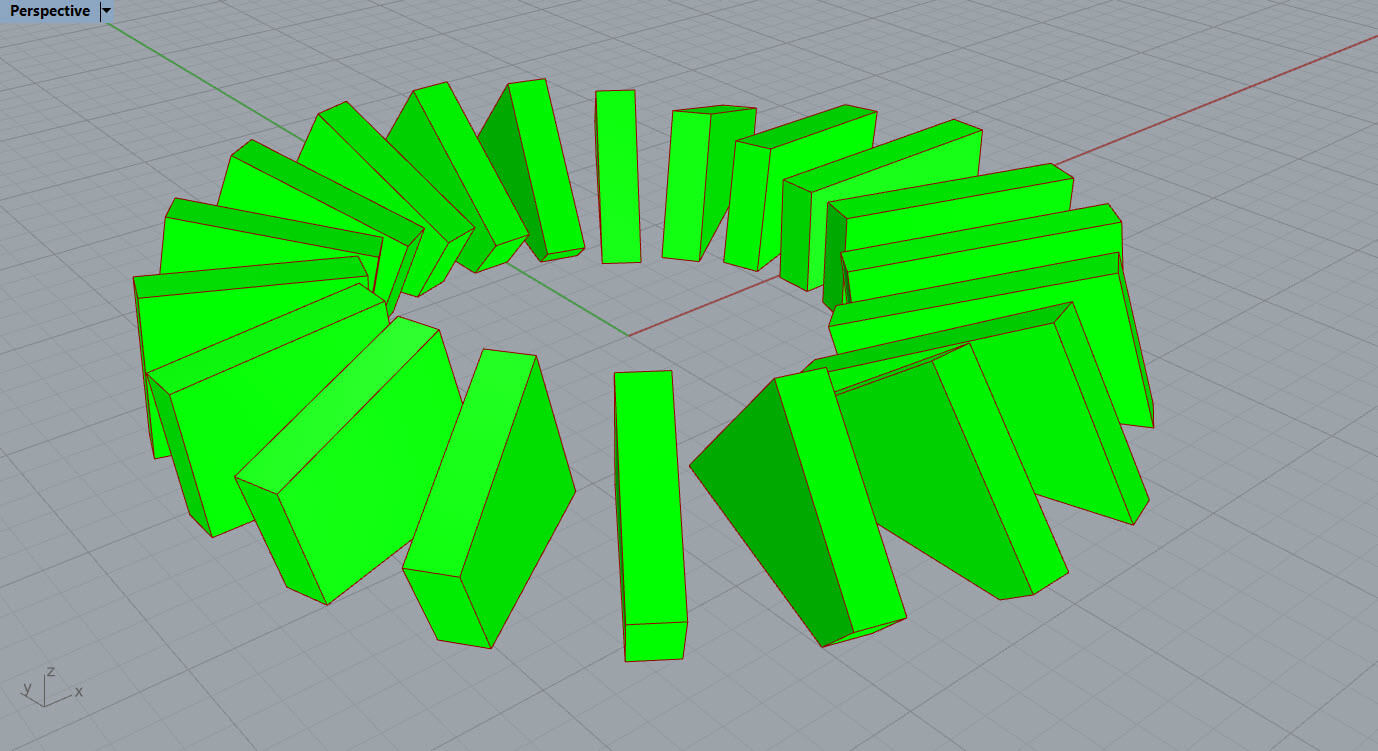 We have also made a more advanced example file with this definition. By putting the box on a circle and cutting them with a plane we can model a series of solids similar to the image above.