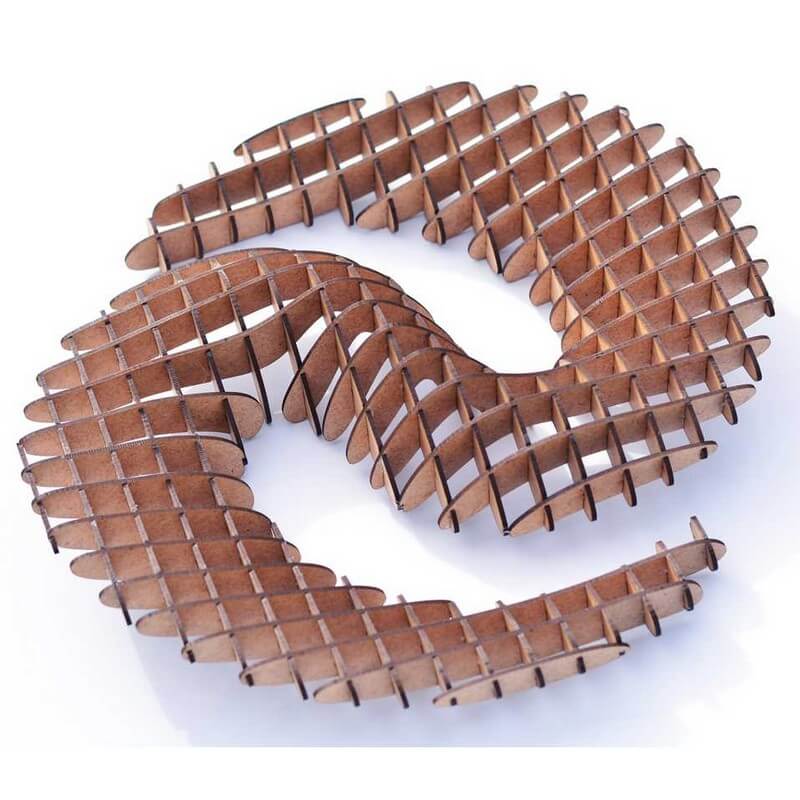 WEsearch lab recently concluded their experimental study on ‘Waffle Structure as Canopy’ at CEPT University, Ahmedabad’s Summer Winter School (SWS) initiative. Waffle structures – technically known as stereotomy of a solid geometry – have their origin in industrial design for their usefulness in quick prototyping of complex surfaces and volumes. In few cases, waffle structures become the final embodiment of an architectural project, Metropol Parasol by Jurgen Mayer being one of the examples. 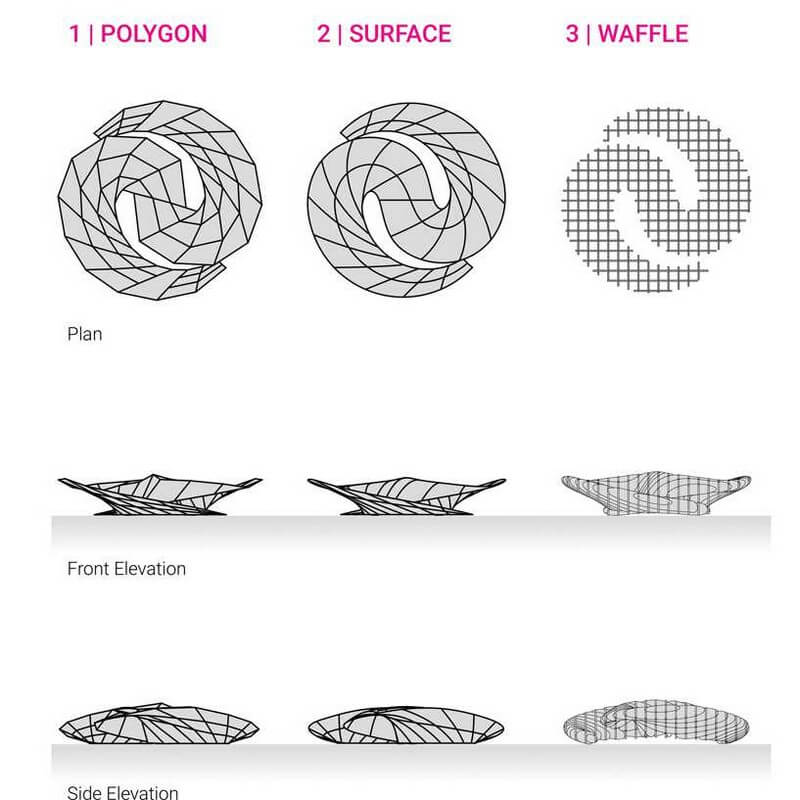 When strategically placed in spaces of transition and commute, canopies not only act as shelters, but also draw the users to a pause and create a dialogue. At a societal level, the individual act of seeing transforms into a shared action by all. For the designer, the public outdoor setting provides a democratic canvas that is accessible to all. Additionally, the characters imbibed in the space by canopies facilitate place-making. The temporal nature of canopies renders a transient character to a space, in effect, meaning that a space can be one place in the summer and altogether a different place in the winter. 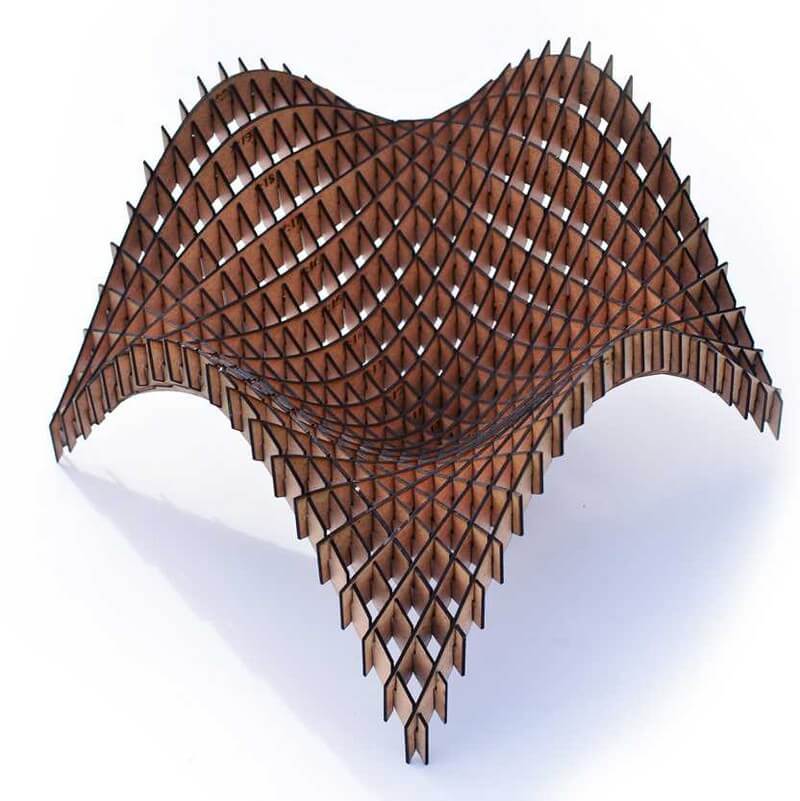 With this backdrop, polygonal meshes were quickly modelled and iterated in Rhino to get a sketchy and faceted idea of the surfaces. These were then turned into smooth surfaces with double curvature using T-splines to act as the input geometry for making waffles. The final surfaces were turned into waffles by using custom Grasshopper script and then laser cut on 2mm thick mdf boards. Thus, every canopy was controlled at three meta-levels as following : 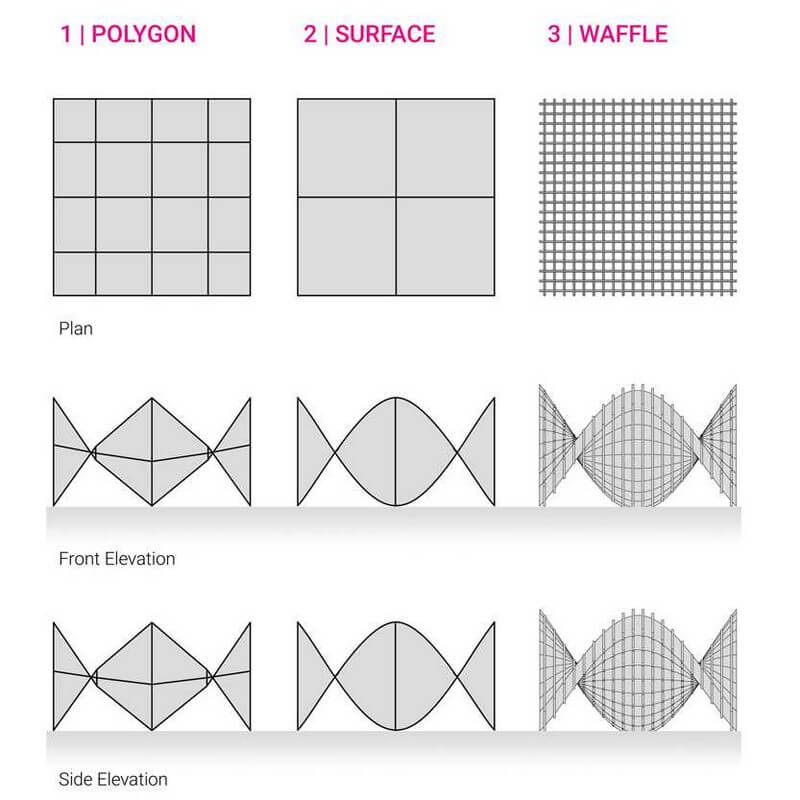 The Grasshopper script controlled the number of ribs in x and y axes, the lap joint width (or conversely, the thickness of the ribs) and the lap joint division percentage. The ribs were numbered to keep the model organised and facilitate easy assembly of the ribs. Finally, the script oriented the outlines of the ribs from the 3D model space to the xy plane. The outlines were then directly fed to the laser cutter without needing manual rotation to turn them flat. 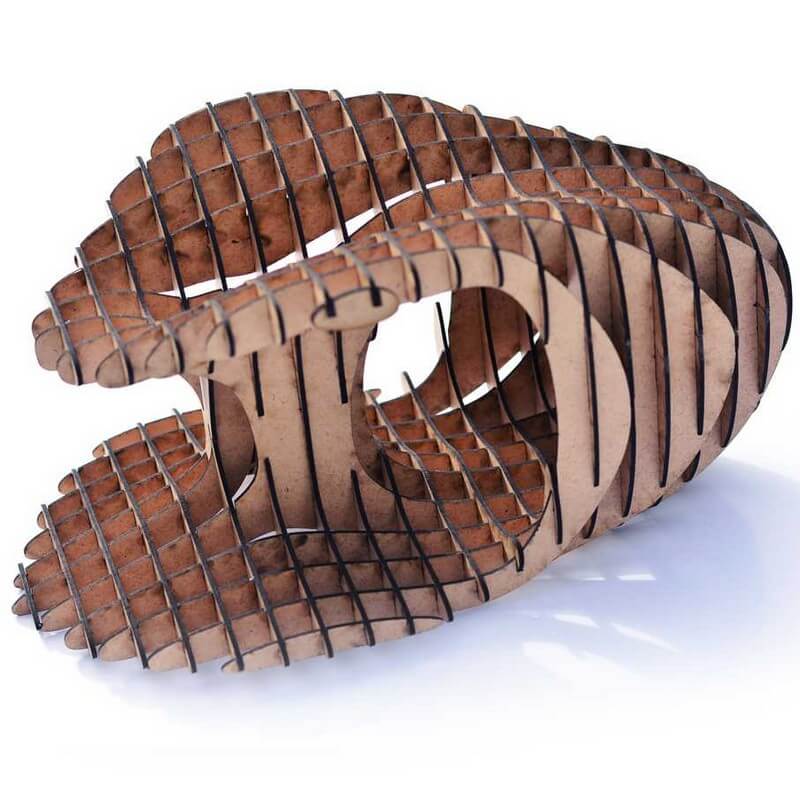 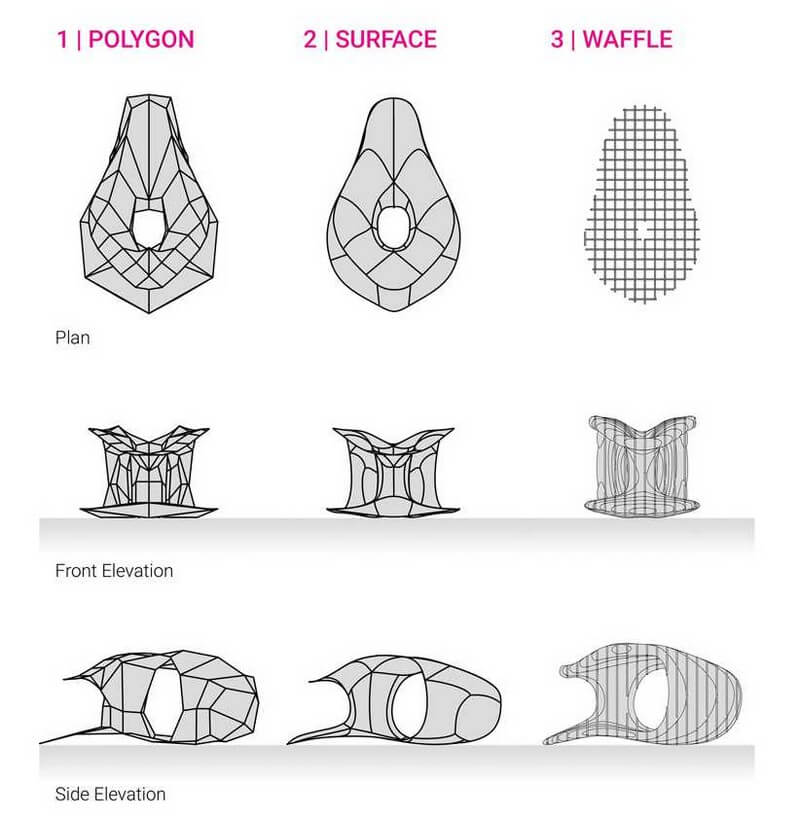 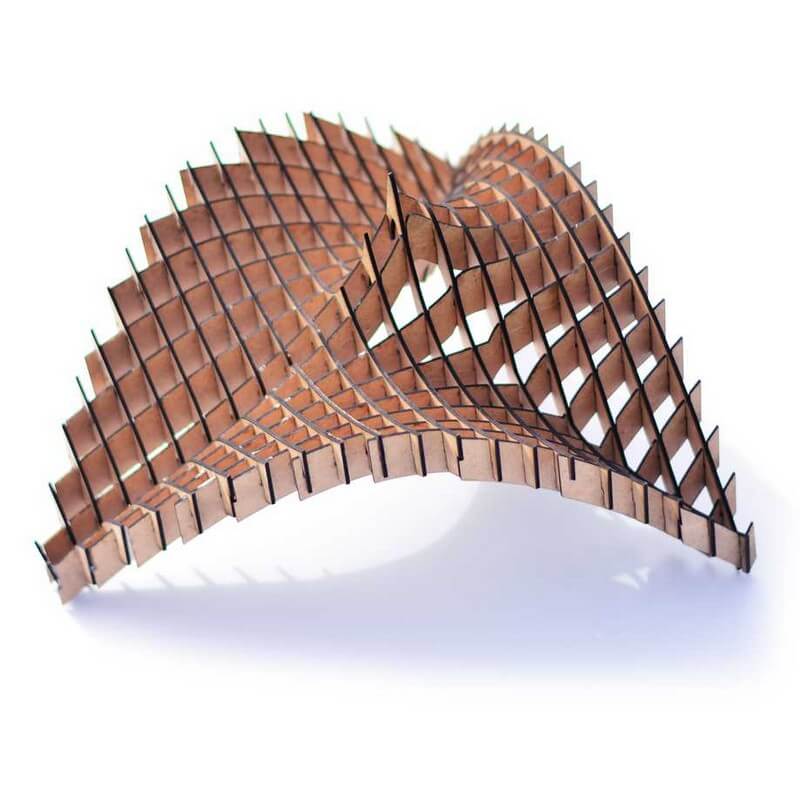 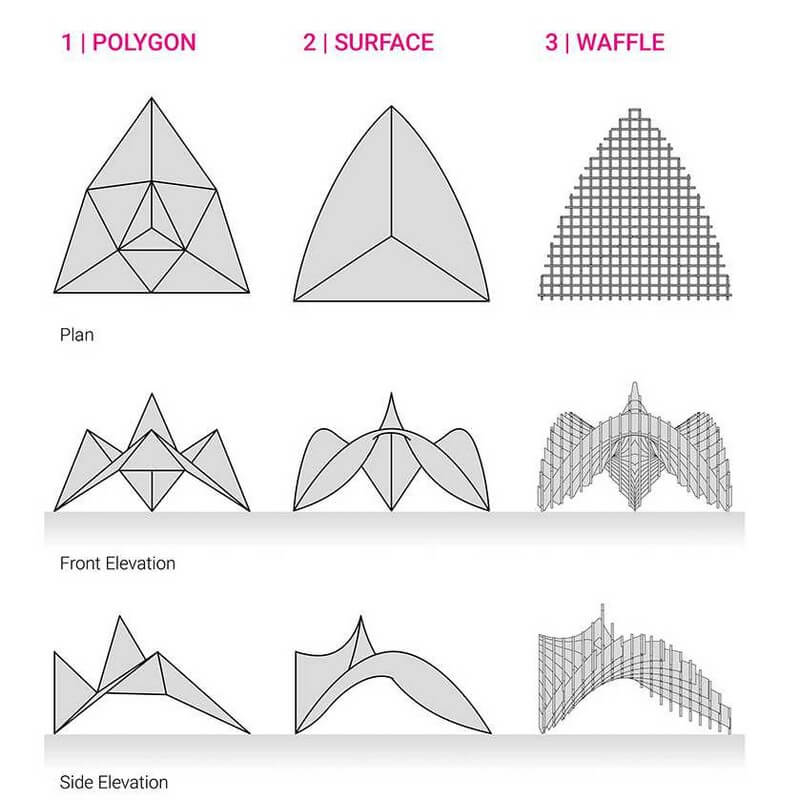