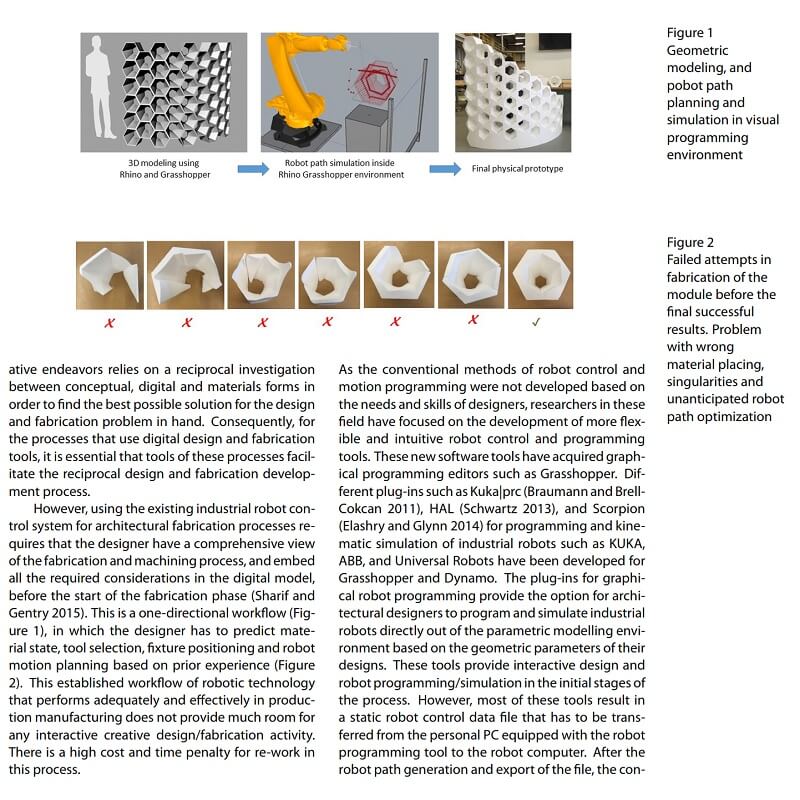 In this research by Shani Sharif, Varun Agrawal and Larry Sweet, authors present a system to allow designers to adaptively control an industrial robot from within a 3D modeling environment, for the purpose of real time feedback with respect to visual imagery of the object as well as robot pose during the fabrication process. 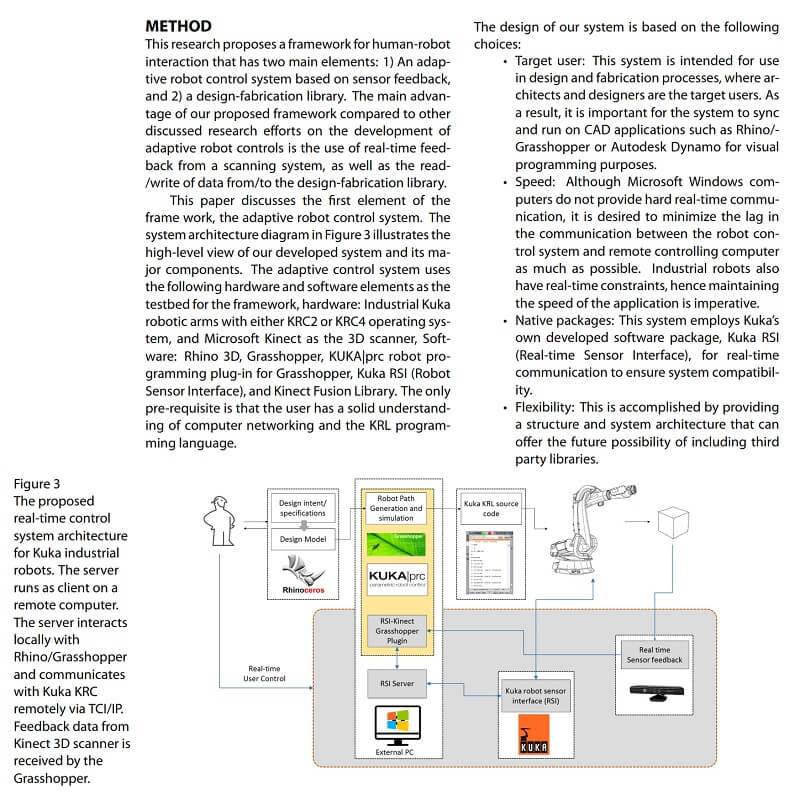 Their work uses the Kuka industrial robots due to their capability in fabrication and programmability, and the Rhino 3D modeling software with the Grasshopper plugin which allows for visual programming for designers. A Microsoft Kinect sensor is used to provide visual feedback of the part during the fabrication process. 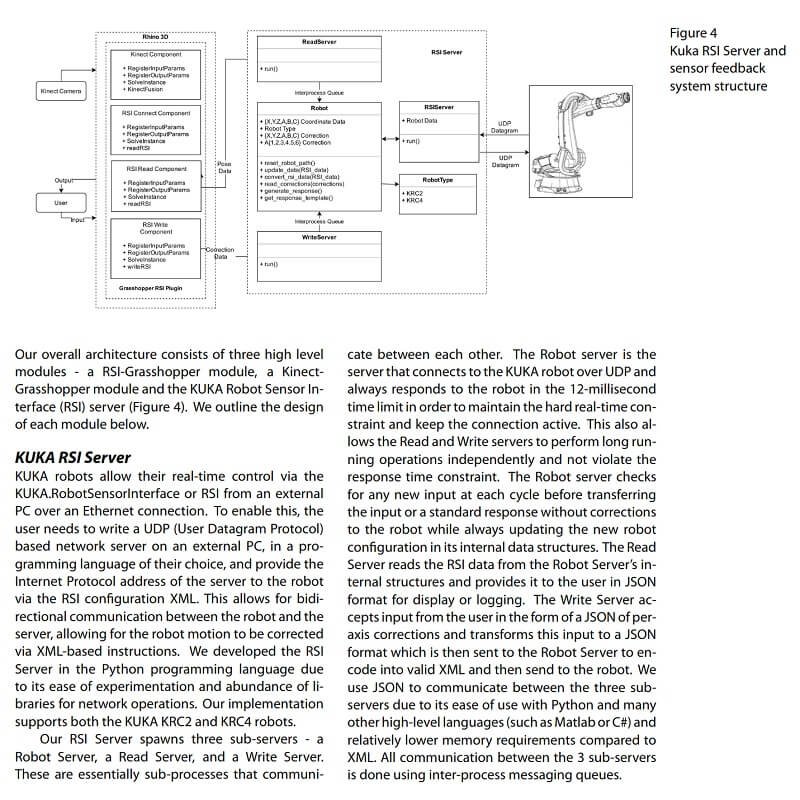 They present the methodology used to develop the system, explaining various design and architecture choices made to allow for easy use of their system, while ensuring their system is open to further extension. They also show qualitative results of the fabrication process performed using their system in order to validate that their proposed system improves the interaction and collaboration between designer and robot when performing the task, in contrast to the iterative process that is generally followed. 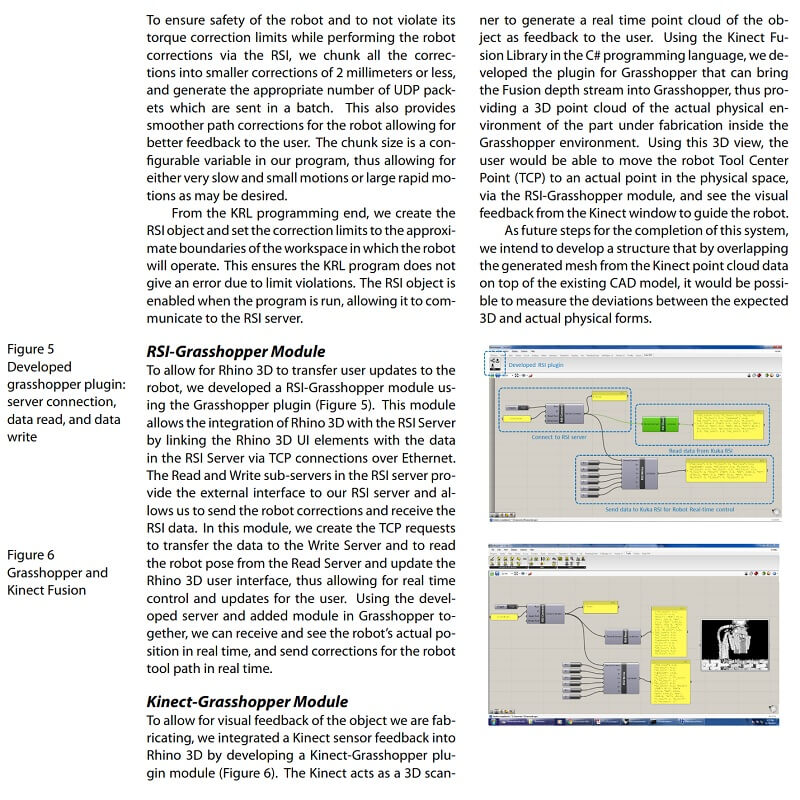